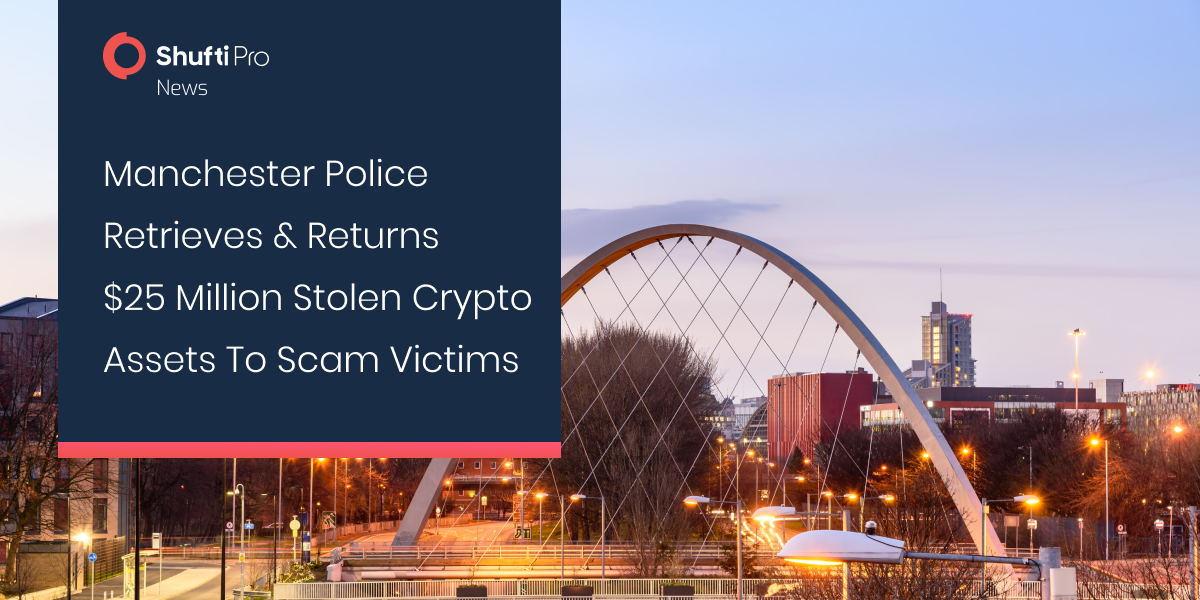 Manchester police have confiscated over $25 million worth of crypto that were stolen globally in the last 18 months and returned it to victims of scams.

According to the last report, the digital assets were not returned to all the individuals who had requested their funds back, and neither were they all verified.

As per statistics, each scam victim lost approximately $230,000. The appeal is being made by the service for more victims to come out although certain requests might be processed right now.

MPs say that no action is being taken against the online scammers to prevent them from carrying out such activities, shows the latest reports. These scams are bringing blockchain to the forefront as they prove how powerful validated and open decentralized ledgers are.

As blockchain transactions are open for everyone, they can be tracked easily through the transaction history.

This is not possible through traditional banking and is also not possible using cash. Interestingly, scams in the crypto sphere are still low in comparison to the traditional financial system.

MPs demand a “single law enforcement agency with responsibility to fight economic crime, along with one government department to take charge of the policy.”

The Parliament has called for an economic crime-fighting force as crypto scams touched the $200 million mark while traditional fraud reached $3 billion. Moreover, it is worth mentioning here that the money stolen from people because of irresponsible banking practices from the traditional financial system, is not accounted for.

In 2021, the Manchester Police recovered approximately $20 million, and more than $5 million so far in this year. The reason this high amount of money could be returned is that the scammers were irresponsible enough to keep the private keys secure from the wallet that contained stolen crypto.