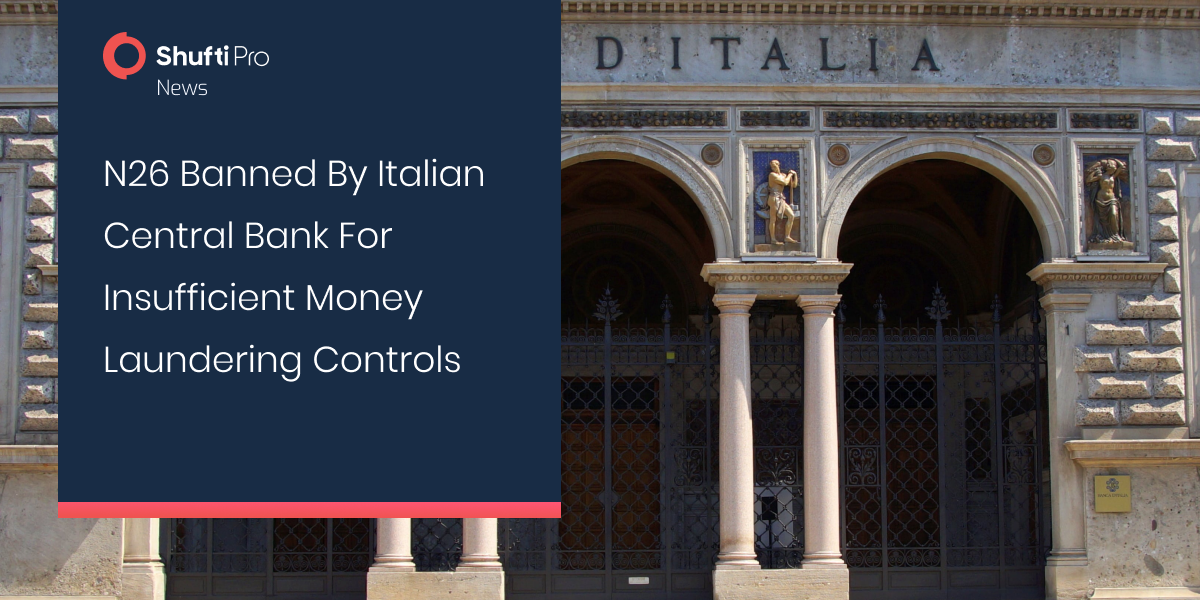 The Bank of Italy said it “adopted a measure banning the Italian branch of N26 Bank from undertaking operations with new customers and from offering new products and services to existing customers (i.e. crypto assets)”.

The Bank also said that N26 had taken steps to overcome these weaknesses and that the Bank of Italy will analyze whether the shortcomings have been addressed before reconsidering the current ban.

The Berlin-based digital Bank was founded in 2013 and was previously under the pressure of sanctions for inadequate anti-money laundering controls. In September 2021, N26 was fined €4.25m by the German financial services regulator, BaFin, for its weak AML practices.

Financial crimes like money laundering and their relation with organized crime are serious issues for banks and financial institutions throughout the world.

According to the UN, up to $2tn is laundered each year, with criminals using banks to obscure the origins of their money. In the UK, the National Crime Agency (NCA) estimates that money laundering costs the country’s economy £24bn each year.

Banks and financial institutions that fall short in developing robust AML policies are often hit with hefty penalties from financial regulators across Europe.

Based on research published last year by business-to-business (B2B) information services company Kyckr, 28 financial institutions across the globe were fined for AML-related violations in 2020, which is equal to £2.6bn.

The UK is a place where the second-highest amount of money is laundered globally each year, with an estimated £88bn obscured by criminals annually.