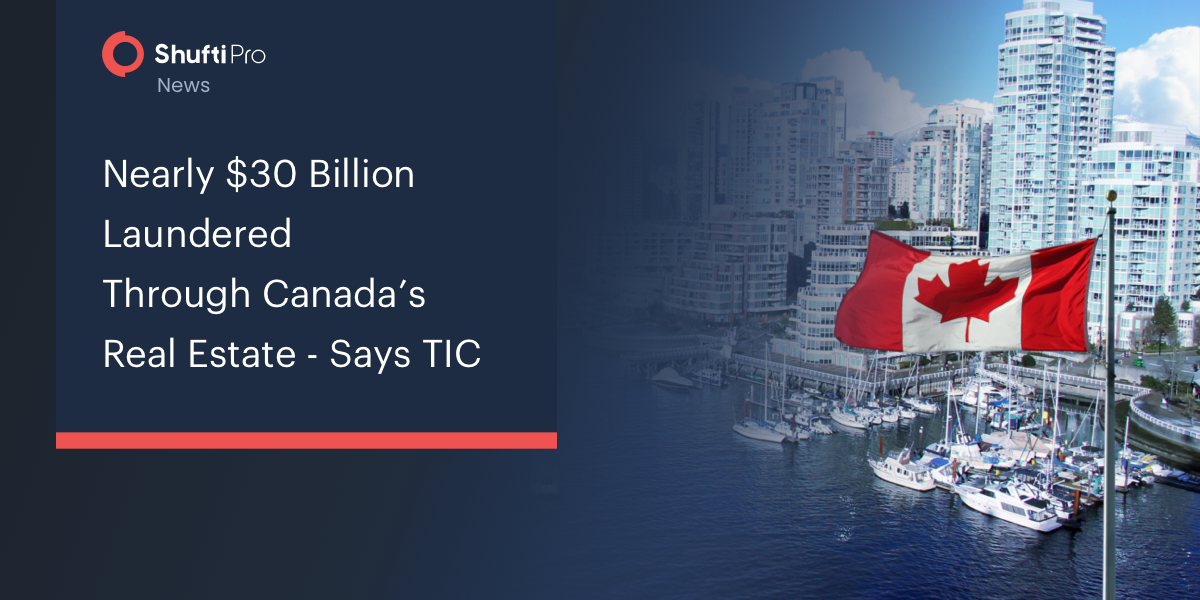 Homeownership remains a dream for the majority of GTA citizens as real estate prices climb due to money laundering. A 2019 study found billions of dollars linked to real estate transactions in the Greater Toronto Area alone.

The study also revealed $35 billion worth of residential mortgages in the GTA that were funded by shell companies having no anti-money laundering compliance programs.

Moreover, $9.8 billion in real estate was obtained by companies through cash or non-financed channels in order to avoid AML regulatory checks that require information on the origin of funds as well as beneficial owners.

In an effort to combat money laundering throughout the country, the federal government mentioned in a budget last April the plan for a new database with beneficial ownership details. The database is expected to be introduced by 2025.

According to Storeys, a similar anti-money laundering system has already been introduced in British Columbia, called the Land Owner Transparency Registry. The BC government claims that this registry will be publicly accessible and will contain beneficial ownership information of land in the province.

The anti-money laundering legislation will bring down the prices of real estate by overcoming shell companies that buy property in big numbers to dodge AML regulations. The bill will require companies and trusts that own property to provide information regarding beneficial owners, with fines of up to $100,000 for those that fail to comply.

“While individual buyers are required to publicly register the property they own, investors can set up numbered corporations, trusts, and partnerships that are allowed to buy and sell property anonymously, making Canada a global hotspot for money laundering and fraud,” said Karpoche.

Suggested Read: Real Estate is Becoming a Primary Target for Money Launderers in the UK