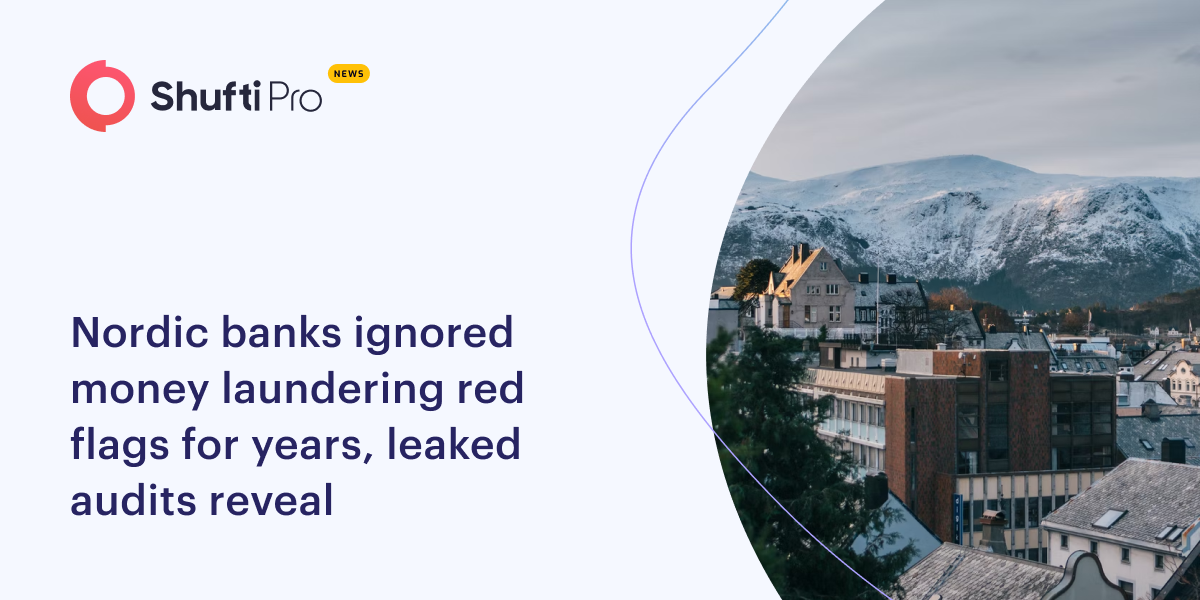 The Organized Crime and Corruption Reporting Project (OCCRP) has revealed in an audit that Nordic Banks – Nordea and DNP, the largest financial group in the Nordic region have been ignoring the red flags of money laundering.

The plan was to merge the Estonian, Latvian, and Lithuanian branches for the formation of the third-biggest bank in the Baltic states named Luminor.

The merger of six Nordea and DNB divisions was so tantalizing that the American giant of investments “Blackstone” bought 60% stakes in Luminor in 2018.

While the whole operation was flattening the OCCRP and Danish newspaper Berlingske, reported money laundering activities in the Danske Bank. Initially, Casper von Koskull,  the then-CEO of Nordea, declined all the allegations and denied all the issues regarding the Baltic Branches in 2018.

He told the newspaper Helsingin Sanomat: “There has never been any suspicion of money laundering against Luminor and the amount of international transactions in the bank is very small,”

Now the OCCRP has obtained the two audit reports which were never released at that time. The reports identified billions of dollars that may have been laundered before the merger of the Nordic banks.

The audit statistics revealed about 3.9 billion euros of transfers that were not completely verified, those transactions included as per the report: “high-volume transactions with counterparties associated with potential financial crime schemes, unexplained wire activity, shell companies, and adverse media.”

The other findings from the auditors also detailed the involvement of the shady clients in the banking networks of Nordia and DNB, which also referred to Russian oligarchs and other suspected money launderers.

The then-CEO of Luminor, Erkki Raasuke, stated that he ordered the reports after seeing the fallout of the Danske Bank money laundering scandal. Yet after the identification, the reports never went public.

Luminor did not confirm any further investigations on the reports and said that the bank has engaged with all relevant regulators throughout the development and has shared the findings where appropriate.

Nordea also didn’t officially respond to the questions that arose from the reports, it rather stated that “closer collaboration between banks and authorities to identify and prevent financial crime.”

Suggested Read: Banks Ordered by BSP to Enhance the Filing of Suspicious Reports