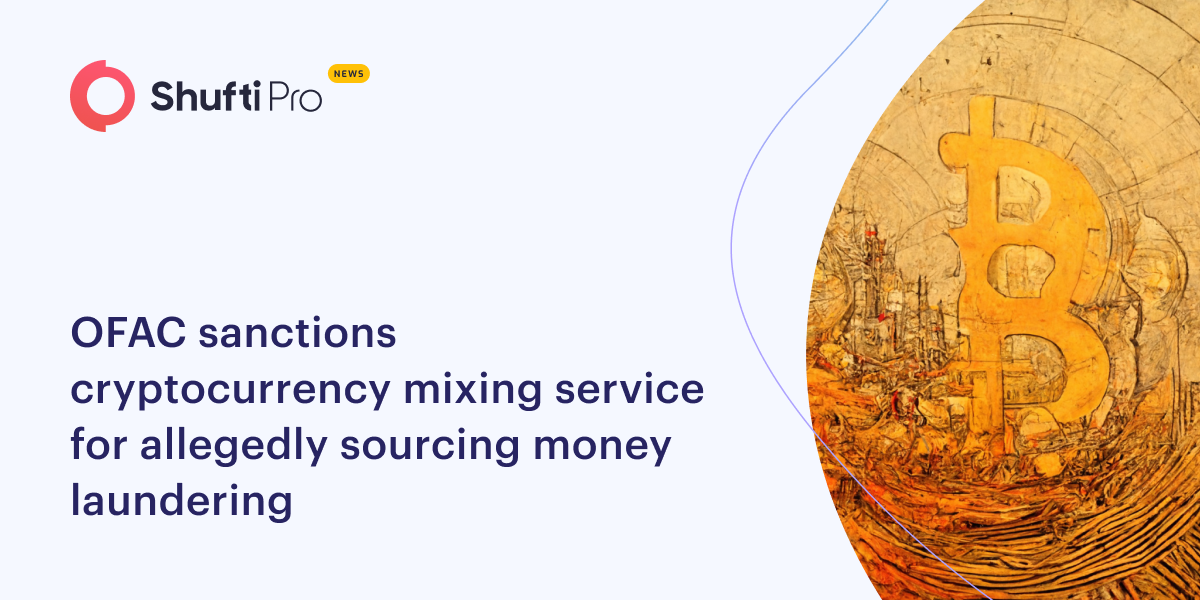 According to the Office of Foreign Assets Control (OFAC), Tornado Cash has allowed customers to hide the sources of cryptocurrencies through the mixing and redistributing of multiple transactions. Mixing might have legitimate benefits in some transactions but it also may be exploited by criminals to potentially launder cryptocurrency, including the digital asset received in connection with a ransomware attack.

OFAC issued the sanctions designation pursuant to Executive Order 13694, created due to increased ransomware attacks that target cyber-enabled threats to U.S national security. OFAC states that Tornado Cash was responsible for “launder[ing] the proceeds of cybercrimes,” including over $455 million of stolen assets from the Korean state-sponsored DPRK (Democratic People’s Republic of Korea) hacking group, Lazarus. The United States sanctioned the same group in 2019.

The designation of Tornado Cash prevents US citizens from using the service by adding the company to OFAC’s List of Specially Designated Nationals (SDNs). The action is merely the most recent example of U.S. authorities’ heightened focus on the part mixers play in the field of anti-money laundering. The Department of Justice issued a cautionary statement on mixers in its Cryptocurrency Enforcement Framework in October 2020, cautioning that their operators may be held criminally accountable for money laundering.

In 2021, the DOJ prosecuted the operator of Darknet-based mixer Helix as he admitted that the service was targeted for sales of narcotics and other illicit purposes. The designation of Tornado Cash comes only three months after the OFAC’S designation of a mixing service, blender.io which was also accused laundering of services from the Lazarus group.

Tornado Cash service is built on the Ethereum blockchain and offers a smart-contract-based mixing protocol without any custodial services, unlike the blender.io which delivers more traditional centralized mixing services. In March 2022, one of the three founders claimed that Tornado Cash’s code allows the service to be run indefinitely and doesn’t require maintenance or control by its developers.

In a press release, when announcing the sanctioning of Tornado Cash, OFAC stated that: the “Treasury will continue to investigate the use of mixers for illicit purposes and use its authorities to respond to illicit financial risks in the virtual currency ecosystem.”

The virtual currency businesses may wish to review and update their AML/CFT (Money Laundering and Countering the Financing of Terrorism) sanction measures as they pertain to cryptocurrency businesses that offer undisclosed services.