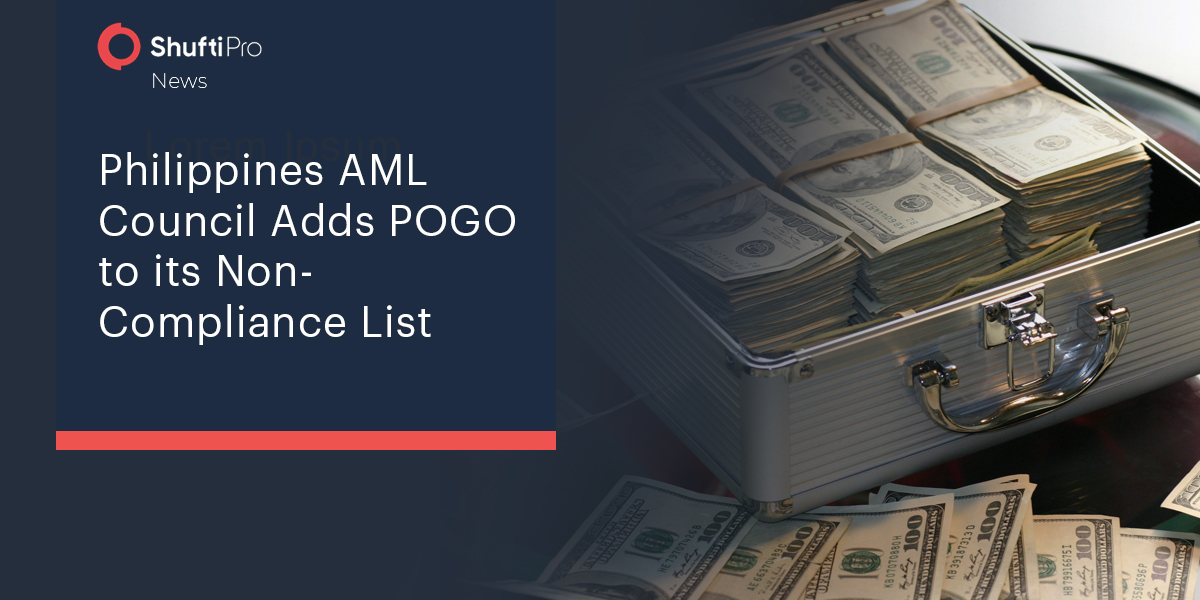 In its efforts to fight money laundering and terrorist financing, AMLC has added third POGO to the non-compliance list.

The Anti-Money Laundering Council (AMLC) has added a third Philippines Offshore Gaming Operator (POGO) to its list of non-compliance. According to FATF’s allegation, the Philippines is involved in financing terrorist groups through offshore gambling companies. Therefore, the country is continuously working to improve POGOs’ inadequate AML compliance.

The non-compliance list is strictly focusing on gaming businesses that have obligations yet to be fulfilled under the country’s regulation. POGOs licenses are suspended who have failed to cope with the regulatory standards. Keeping in view the regulatory approach, the AML council has added Smart Group International Limited, the third gaming operator to its list due to “failure to cooperate.”

The operator is the third service provider targeted by the watchdog, along with Universal Link Limited and Inner Strong Limited, both snubbing the laws to participate in compliance checks. To render unbiased results, these checks audit a business against multiple standards on short notice. The three listed companies are so far the only gaming operators out of the 36 POGOs that have licenses to operate in the country but have failed to follow regulatory instructions. Therefore, the AMLC is applying the Anti-Money Laundering ACT 2001 on POGOs.

The foremost condition for the law enforcement authorities is to issue a 24-hour notice before adding the POGOs to the list. Once the grace period is over, the operators are bound to comply with AML regulations.

Under the command of the country’s President Rodrigo Duterte, the country has taken robust measures to improve its AML and CFT regulations in response to the FATF’s allegations.  Enhancing its global position, the Philippines is legislating strict rules for POGO companies. However, the President’s reputation for strongarm governance has swiftly made many gambling businesses comply unquestionably.

Due to strictness in AML compliance, the country saw many POGOs go bankrupt and disappear, leaving the government shorthanded by $28 million. POGOs are also alleged for the crime of human trafficking to the neighboring countries, mainly to China and Cambodia. In the first half of this year, nine government officials were also arrested on suspicion of facilitating human trafficking in POGOs.