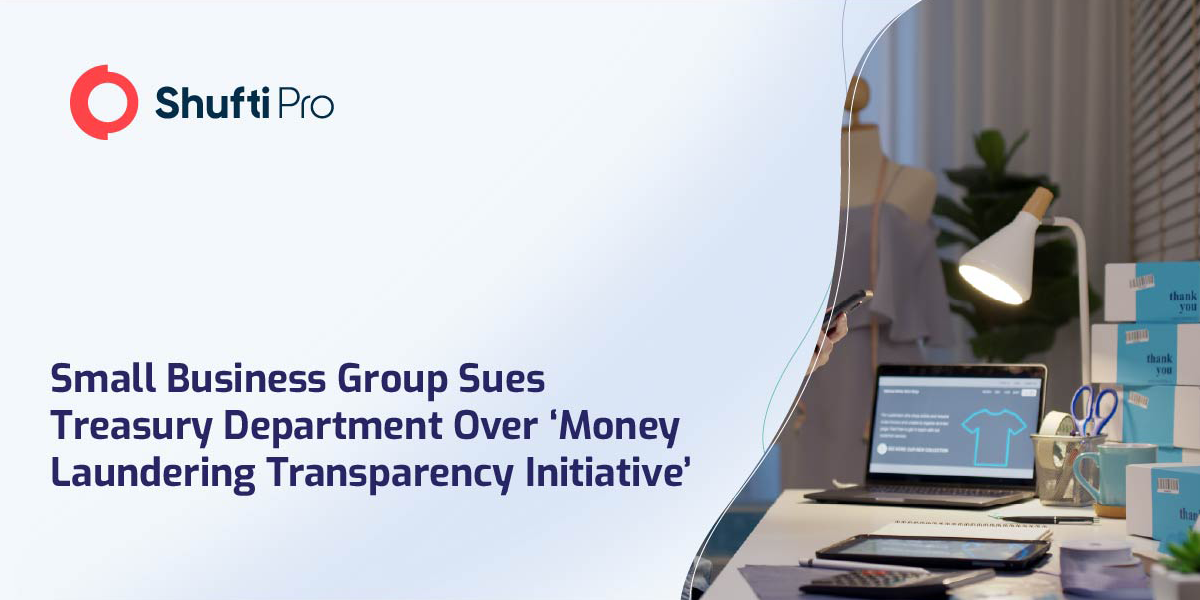 A small business lobbying group has sued the Treasury Department over asking more than 30 million small companies to share their owners’ details and those benefitted as an initiative to avoid the exploitation of anonymous shell firms.

The National Small Business Association (NSBA) claims in a lawsuit filed that the law violates privacy and free speech rights, places an undue burden on smaller firms, and interferes with state authority over corporate regulation.

“This rule will make it harder for criminals, organized crime rings, and other illicit actors to hide their identities and launder their money through the financial system,” Yellen said.

However, the NSBA argues that since there are already federal regulations in place for documenting money transfers, the new law is unnecessary and will be burdensome for small businesses. “Money laundering and terrorism funding are important U.S. national security problems, but the logical cure is to establish laws that follow the money, not to build a Big-Brother database of predominantly U.S. citizens and permanent residents who are simply engaging in lawful activities,” the group says in its suit.

Most American firms with not more than 20 employees or less than $5 million in yearly earnings or sales are required by legislation to register with the government and provide information about their owners and any individuals who are benefited from them. The deadlines for filing the reports are January 1, 2024, for recently formed enterprises and January 1, 2025, for already operating companies.

The approximate 32.6 million organizations that would be subject to the regulatory oversight, according to the NSBA’s objection include “mom-and-pop businesses, franchisees, manufacturers, on-line retailers, plumbers, restaurateurs, electricians, mechanics, lawyers, architects, dentists, doctors, fitness studios, landscapers,” and other firms fitting the guidelines.

However, the CTA “also covers entities that are not engaged in any commercial activity at all, including not-for-profit entities that do not have a federal 501(c) tax-exempt designation, entities formed by U.S. persons solely to hold private property in the State (e.g., a family residence), and local, private social clubs that have formed entities with no intent to apply for federal 501(c) tax-exempt status,” the suit argues.

It calls the CTA “a law enforcement dragnet of sweeping proportions imposed by Congress on law-abiding U.S. citizens and permanent residents who own or control small businesses in the United States (as well as upon non-business entities), where neither Congress nor any other branch of the federal government has established any legal or regulatory predicate to justify this demand for personal information.”

The NSBA claims that the regulation also violates states’ “sovereign powers” to charter and control corporations under state law. “The federal government does not have the constitutional authority to impose additional requirements on the formation of entities under State laws nor to prescribe the conditions under which an entity charter may be granted under State laws.”