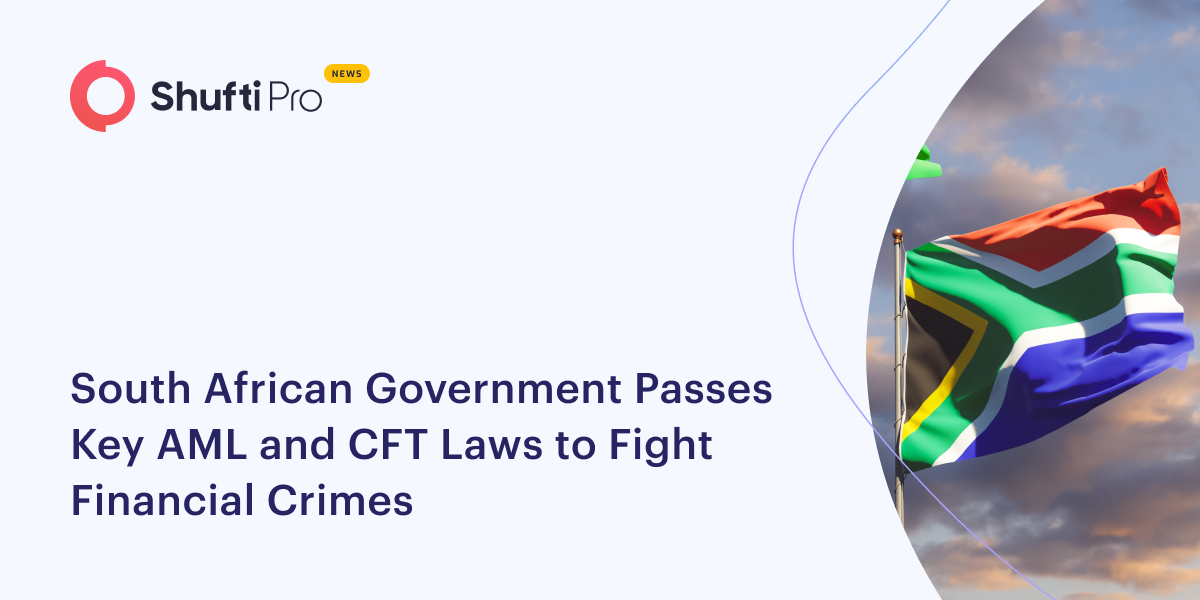 These enactments will also strengthen the defence against fraud, corruption, and terrorism while assisting the country to meet international standards on money laundering and combating financial terrorism.

The Paris-based FATF sets global AML and CFT standards to prevent the illicit exchange of finances and activities that harm society. The watchdog, having over 200 members, covers countries ensuring the implementation of FATF standards and also holds the nation accountable for compliance failures.

Earlier, the SA legal system needed to be revised for the implementation of FATF objectives. The new changes in general laws (AML/CFT), the Amendment Act, and the Prosecution of Constitutional Democracy Against Terrorism and Related Activities Act are significant in managing deficiencies identified in the 2021 Mutual Evaluation Report of FATF.

Since then, the SA government has worked firmly to handle the shortcomings mentioned in the Mutual Evaluation Report.

The amended acts now cover different aspects such as cyber-terrorism, which had been specified as a global threat, and provisions for the implementation of financial sanctions against backers of terrorist organisations.

The SA National Treasury stated that the latest acts would cover 15 to 20 deficiencies affiliated with the sufficiency of laws and legal frameworks to recommendations identified in the mutual evaluation report.

“The remaining five deficiencies will be or have been addressed through non-statutory initiatives. In addition, the South African authorities have completed a second round of assessments of money laundering and terrorist financing risks and developed a national strategy to address these,” the Treasury said.

The next step in the process is for South African authorities to attend a face-to-face meeting with the FATF Joint Group in Rabat, Morocco on January 13, 2023.

“The meeting will allow the South African delegation to engage with the FATF Joint Group, and to respond to any further queries that the FATF Joint Group might have, before the International Co-operation Review Group makes a final recommendation to the FATF Plenary ahead of its meeting of 22-24 February 2023,” the Treasury concluded.