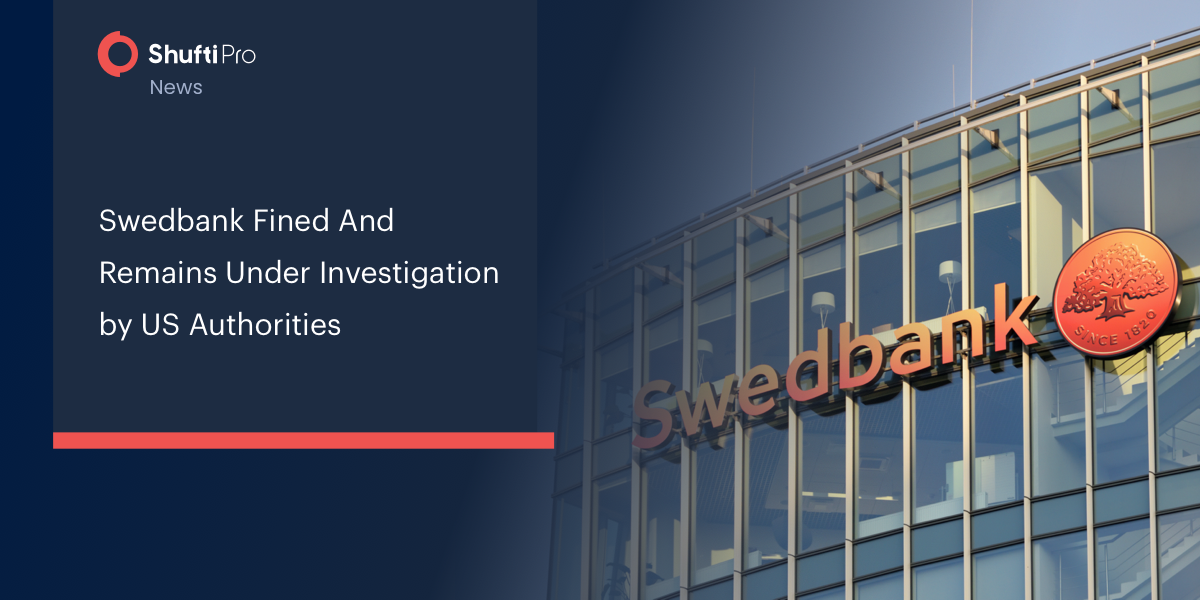 Swedbank Fined And Remains Under Investigation by US Authorities

As Danske Bank awaits judgment by US regulators for being involved in Europe’s largest-ever money laundering scandals, Swedbank executives are rightfully concerned.

In 2018, senior executives at Swedbank began to get anxious after reports appeared about its competitor Danske Bank being fined for alleged crimes in the Baltics. Since then, Danske bank has admitted handling suspicious money as part of Europe’s largest-ever money laundering scandals.

Swedbank has been fined in Sweden and is currently under investigation by US authorities. Last week, Sweden’s Economic Crime Authority released evidence of e-mail exchanges, reports, and witness testimonies. The evidence comprises upto 4,000 pages and indicates that Swedbank executives were well aware of significant links to potential money laundering.

However, when asked by outsiders, the former chief executive Birgitte Bonnesen hardly appeared to be concerned about such risks. The evidence documents were then made public in order to prove fraud charges against Bonnesen.

Moreover, the ex-CEO is also accused of disclosing confidential information on Feb 18, 2019, when she gave investors advance notice of an investigative program. Bonnesen was unseated in March that year but still denies the charges.

“There is no doubt that Birgitte Bonnesen was made a scapegoat,” her lawyers Per Samuelson and Christina Bergenstein, with legal firm SSW, said in the filing. They described her statements as “completely normal elements of her work as CEO,” adding that “it was simply her duty to comment”.

In 2020, Swedish authorities fined Swedbank a record 4 billion kronor (S$597.6 million) for AML violations. Swedish newspaper Dagens Industri also reported that the US Department of Justice, the FBI, and a federal prosecutor’s office in New York are investigating Nordic banks.