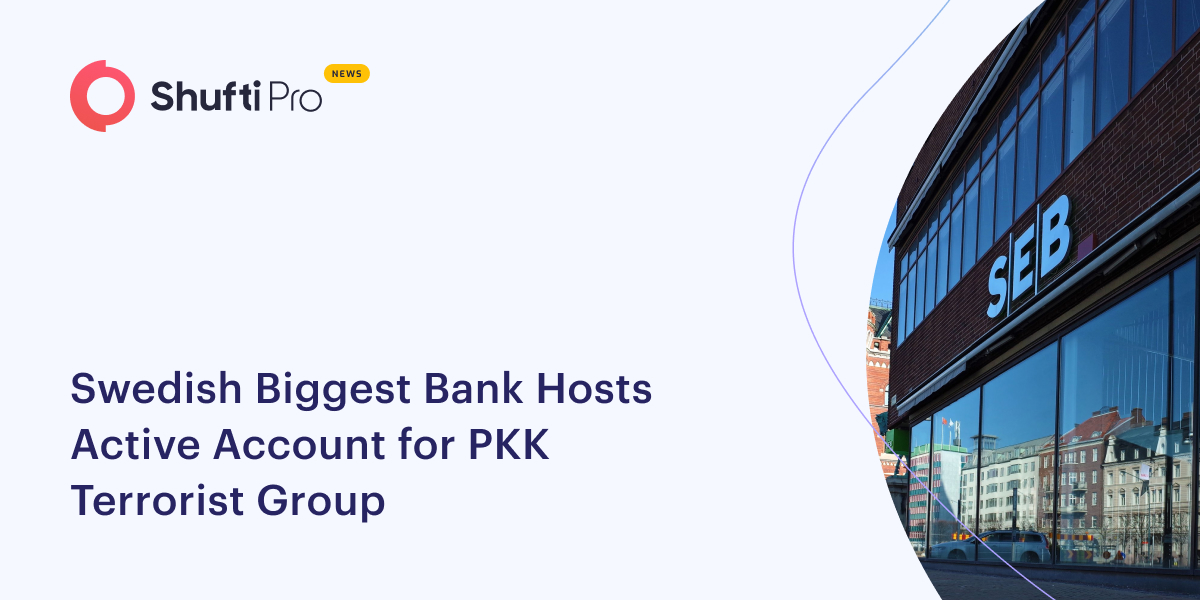 According to a local media source, the most prominent Swedish bank, SEB (Skandinaviska Enskilda Banken) hosts an active profile for the PKK terrorist group, despite the emphasis on creating terrorist-free Swedish soil.

Outline outlet Fria Tider has reported that pieces of cloth symbolising the PKK were sold, and the revenues were deposited directly into the SEB accounts. It added that money was moved to the PKK, a terrorist group that kills thousands of people in severe attacks on security forces in Turkiye, Northern Syria and regions of Iraq.

The report was emphasised in Sweden on Jan 1 and the new governance is being prompted to keep its commitments under the directive signed in June 2022, desiring down on terrorists as a requirement for attaining NATO membership.

SEB spokesperson Niklas Magnusson said in a Jan. 5 statement, “The bank complies with legislation and is against illegal trade, which constitutes a crime.”

But the forum showed that the terrorist group’s profile at the bank and a cellphone number are both still functional.

Pointing out that SEB has issued numerous statements over “financing terrorism and money laundering,” Fria Tider conveyed the bank’s negligence to shut the accounts of the terrorist bodies as “hypocrisy.”

The PKK is described as a terrorist group by different authorities such as Turkiye, the EU (European Union) and the US. It is accountable for the casualties of 40,000 individuals, including children, women, and even infants, in its 40-year movement.

According to Europol’s “EU Terrorism Situation & Trend Report 2022,” the PKK continues to “use Europe for fundraising by legal and illegal means,” which contain “fundraising campaigns and donations, as well as extortion and other organised criminal activities.”

Drug trafficking in the EU is one of the primary criminal actions used for forging funds for terrorists, where members & supporters undergo illicit trading while channelling funds for their subversive acts in Syria and Turkey.