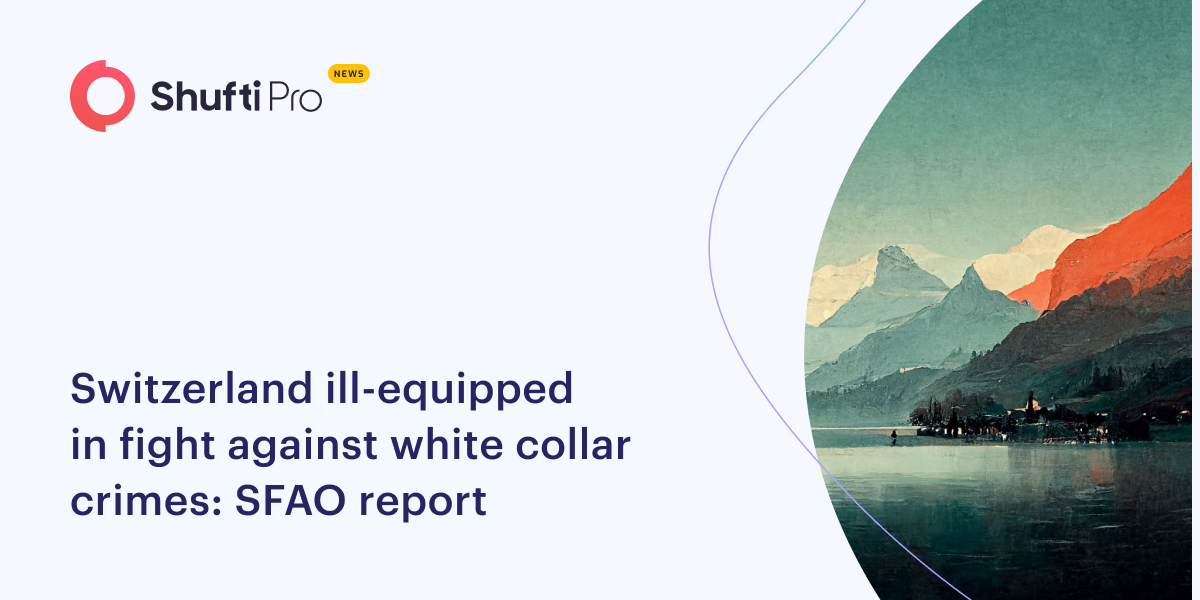 Compiled by SFAO (Swiss Federal Audit Office), the audits from 2012-2015 revealed financial & reputational risks and weaknesses for the Swiss authorities. Real estate sector of the country is an important concern, especially the land registry; it was noted that proper surveillance should be ensured. The country faces criticism for insufficient strategies to fight against money laundering.

Being a popular commodity, real estate is a safe haven for fraudsters to hide their black money. Despite having federal laws that limit Swiss land acquisition by foreigners, upholding them is the state’s responsibility. SFAO reported that when it comes to monitoring money laundering threats through the country’s real estate sector, it leaves Switzerland’s financial and supervisory authorities splintered.

Commodities were another important sector critiqued by SFAO, particularly precious metals like gold. The report said that almost 2,300 tons of gold, worth CHF 63 billion (US$64.4 billion), transited through Swiss customs inspection. However, the country’s financial authorities observed significant room for improvement in precious metal control and surveillance.

Supervisory authorities’ powers were restricted to only a few regulatory checks at the precious metal checkpoints. Under AMLA, when it comes to buying melted goods, authorities are far behind in maintaining standard protocols. According to the report, presently, authorities are restricted “to examining trade in gold bars that have already been melted down between the trade auditors and the financial institutions.”

SFAO officials didn’t comment when asked by OCCRP to explain the extent to which they want to see the supervisory powers of the country’s precious metals authorities.

SFAO’s report addressed the investigations’ speed and considered it important to combat financial crimes. It’s especially relevant to Geneva and Zurich as they are among the largest financial centers worldwide. The financial watchdog evaluated the inefficiency of criminal proceedings in monetary fraud and investigation against white-collar crimes in general.

One explanation was that the courts and financial authorities of the country are overworked. The report noted that a single court has to investigate huge amounts of sealed computer data, including USB sticks, hard drives, telephones, and so on. Furthermore, on average, the proceedings can last up to 400 days.