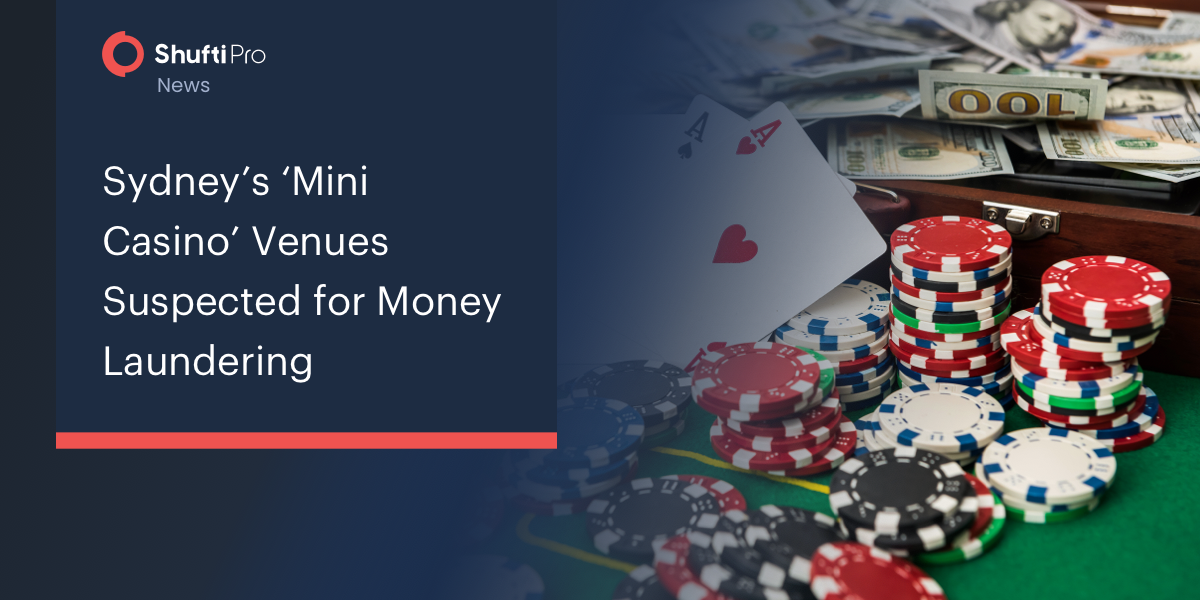 According to confidential intelligence uncovered by NSA gaming regulators and organized crime investigators, 10 of Sydney’s “mini-casino” poker venues have been suspected of laundering millions of dollars in dirty cash. These venues had hundreds of poker machines and at least one of them has been used for money laundering activities since 2014.

The regulatory authorities investigations sighted by The Sydney Morning Herald estimated 10 venues account for around 40% of $6 million in suspected money laundering act that organized crime investigators have tracked down over the past weeks. However, according to briefings, most of the money launderers were part of the Vietnamese organized crime group involved in drug trafficking activities. Tax evasion has also been associated with an increase in money laundering.

The investigations indicated that due to significant increase in the number of poker machines, money laundering activities will continue to occur across NSW. The regulatory authorities have also described the money laundering flow;

The sources also stated that the NSA gaming regulator as well as the Independent Liquor and Gaming Authority (ILGA), lacked the tackle to counter money laundering in poker venues, while the local police and Federal Anti-Money Laundering unit “AUSTRAC” lacked the resources to counter the problem.

In a statement, Mr. Perrottet’s stated he was still evaluating the allegations of money laundering made by David Bryne, the chief NSW gaming investigator. He said investigations showed NSW’s 95,000 poker machines were used for money laundering activities. Mr. Bryne also estimated, more than $1 billion from financial crimes is likely being washed through gaming machines.

Mr. Perrottet also stated that the Premier was still considering for further inquiries.“Serious and complex matters have been raised and the government is giving them careful consideration. The NSW government will work with the Independent Liquor & Gaming Authority and stakeholders to ensure offenders are caught and prosecuted,” the statement said.

The Ministry for Customer Service Victor Dominello has also pushed for a commission of inquiry into poker slots utilized in money laundering. The decision is backed by MPs, although government sources said ministries are upsetting venues owners with only a few machines.

“It speaks volumes of undue influence of the gambling industry within the Liberal and Nationals parties that there would be any push to remove Victor from the portfolio while the Bergin inquiry findings are yet to be implemented and allegations of money laundering in clubs and pubs are yet to be fully investigated,” Mr. Field said.

“If Victor is removed before there is a commitment to a Special Commission of Inquiry into money laundering in the clubs and pubs the public would be right to wonder if Clubs NSW and the Hotels Association are dictating the cabinet positions and policies of the Perrottet government.”