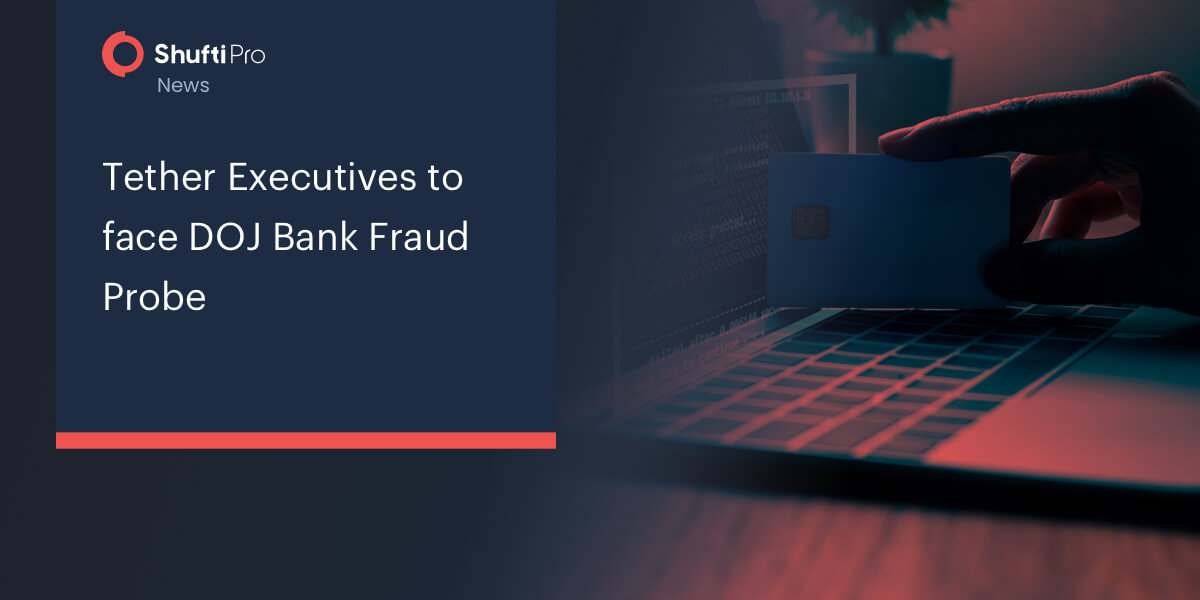 Since its inception in 2014, Tether has become the third-largest cryptocurrency platform in the world.

Tether Ltd., the world’s third-largest cryptocurrency platform, could be at the receiving end of a criminal probe soon due to allegations that its executives engaged in bank fraud by failing to reveal its transactions were related to the crypto market.

According to Bloomberg, the Department of Justice could be enforcing formal charges in the upcoming weeks against the executives of Tether – the stable coin that underpins liquidity in Bitcoin.

Tether made a statement following the allegation that said:

“Tether routinely has an open dialogue with law enforcement agencies, including the U.S. Department of Justice, as part of our commitment to cooperation, transparency, and accountability. We are proud of our role as industry leaders in promoting cooperation between industry and government authorities in the U.S. and around the world.”

The company added that it is committed to staying transparent with its customers and is using industry-leading technology for its growth.

The DOJ is focused on initiating an investigation into an event that occurred years ago when Tether was in its initial stages. According to three sources, federal prosecutors are interested in finding out if the executives at Tether concealed from banks that transactions were linked to crypto.

Being one of the most popular stable coins, such criminal charges would negatively impact the currency and will mark one of the most significant developments in the U.S. government’s crackdown on virtual currencies.