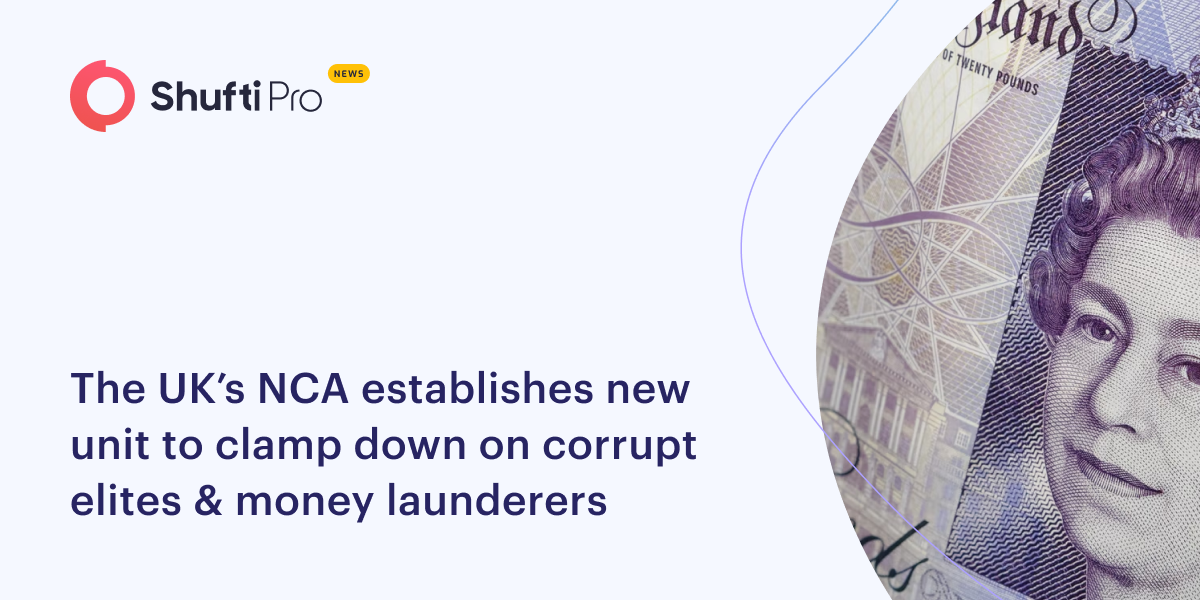 The UK’s National Crime Agency (NCA) created a new unit with the aim to target and investigate corrupt elites, sanction evaders as well as other entities involved in money laundering.

According to an NCA spokesperson, the increase in money laundering activity from Russia, Ukraine, and Belarus since Russian president Vladimir Putin renewed his invasion of Ukraine in February was a contributing factor in the formation of the Combating Kleptocracy Cell (CKC).

The spokesperson stated and also highlighted the surge in smuggling alongside illicit finance, and child sex trafficking activities in the region. He added, “The volumes of suspicious activity reports and defences against money laundering have gone through the roof since the invasion of Ukraine,”

Specifically, the CKC cell will specifically aim at the corrupt elites that hold their assets in the UK including the people that are closely attached to Putin and his authoritarian regime who have thus managed to get away from sanctions or hide their assets from authorities.

“We’ve now been given the powers … and the green light to go after some of these things,” the spokesperson said. “So we are obviously pushing forward as fast as we can.”

Since the U.S. has recently committed funds to fight corruption, the U.K. has come under fire for what is believed to be a soft approach toward Russian oligarchs and kleptocrats, garnering the unflattering moniker “Londongrad” for the nation’s capital.

The spokesperson mentioned “The real bit for me is that they [the U.S.] have had the Office of Foreign Assets Control (OFAC) for years,” while noting the UKs OFSI (Office of Financial Sanctions Implementation) is the only one taking off.

That does not imply that British authorities have not succeeded in making life challenging for Russian oligarchs and kleptocrats. Roman Abramovich, the former owner of Chelsea FC, had his assets frozen in Jersey back in April. The following day, the U.K. announced that it had frozen another $13 billion from two of Abramovich’s associates.

The spokesperson also highlighted the investigations of finances moved by the enablers via the companies, real estate agencies, and lawyers. “We’ve arrested a number of enablers across the regulated sector who support the transactions of the corrupt elites,” he said. “Many of these elites have used so many different enablers to make themselves comfortable in our country, from private schools to estate agents to auction houses to solicitors, you name it, they’ve used it.”

He stated while emphasizing the efforts of the NCA authority to push back the Londongrad moniker, that all the states which allowed corruption to launder illegal assets into the UK are fair game.

“As a result of our work in this space, we’ve already seen some corrupt Russian elites divesting of their U.K. assets,” the spokesperson said. “Given the number of enablers that we started to target or pick off, clearly some people have decided that the U.K. is no longer for them.”