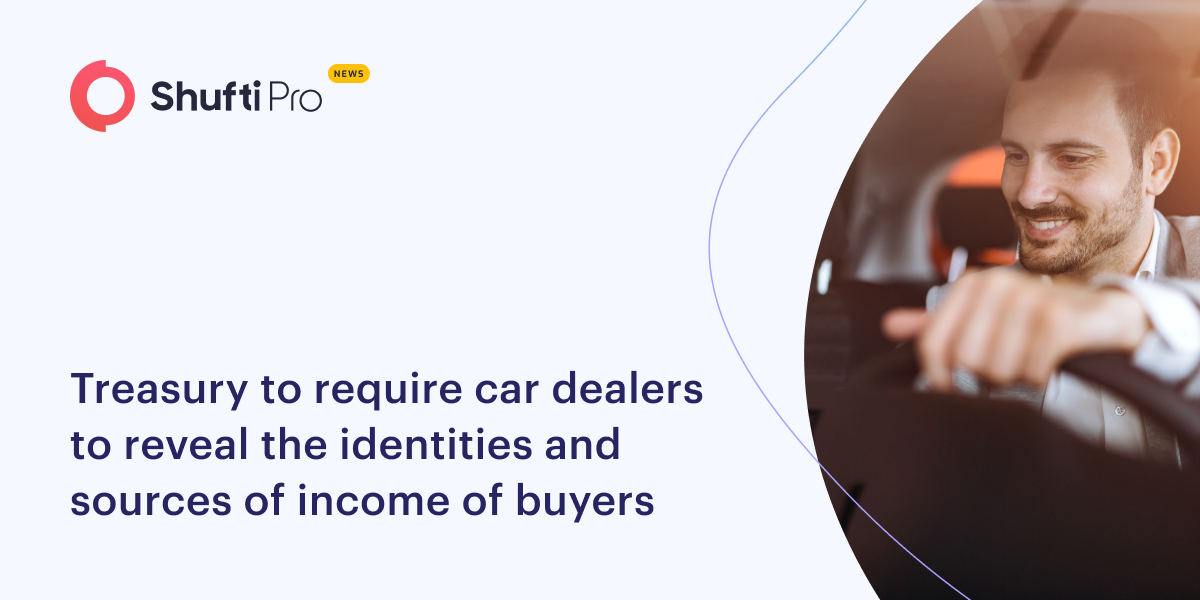 The Treasury of Kenya will require car dealers to provide the identities and sources of their incomes and buyers to counter prevailing thefts and money laundering.

The Treasury’s proposals to close down the loopholes leading to money laundering and flow of illicit money are being adopted by car dealers, who will be required to disclose the identities of buyers and their sources of income. The Treasury also requests that the source of funding for auto dealership owners be investigated, saying that weak enforcement of laws governing the used car market makes the industry appealing to fraudsters and drug dealers.

Ukur Yatani, the cabinet secretary for the Treasury, is requesting a reform of the law to permit the filing of transactions in the used car market with the Financial Reporting Centre (FRC), which is required to trace illegal funds.

Along with organisations and individuals including casinos, accountants, and real estate agents, used car dealers will be labelled as non-financial reporting institutions in the evaluation.

To prevent money launderers from using vehicle dealers as front firms to claim the money as legitimate business proceeds, there will be increased scrutiny on the source of the money that car dealers deposit in banks.

The names, residences, dates of birth, ID numbers, and occupations of buyers, as well as the date of the transaction and the sum involved, will all have to be disclosed by car dealers.

Second-hand Imported vehicles are makes up 90% of the Kenyan car market with 107,499 in 2021 and foreign exchange of almost Sh100 Billion a year. Mr Yatani in a money laundering risk review report stated: “Car dealers should be designated as reporting institutions for the purposes of reporting money laundering suspicions to the FRC.”

“The money laundering threat in second-hand car dealerships is rated as medium-high due to the weak regulatory controls. There is a likely increase in the level of threat in the future due to the lack of clear regulations for monitoring the sector.”

The lawyers and employees of the accounting organisations and trust holders for wealthy people are required to report suspicious transactions to the FRC. Trustees have been added to the list amid suspicions that trusts are evolving into the preferred methods for laundering illicit and corrupt funds.

In real estate transactions, bank account administration, business acquisitions, and start-up establishment, attorneys are frequently involved. They have lately been exposed as a weak point in the fight against money laundering since they hide from the FRC by depositing client funds into bank accounts.

Kenya has been accused of receiving illegal funds from crime, narcotics, corruption, and shady business dealings, as evidenced by homes in verdant suburbs and expensive vehicles.