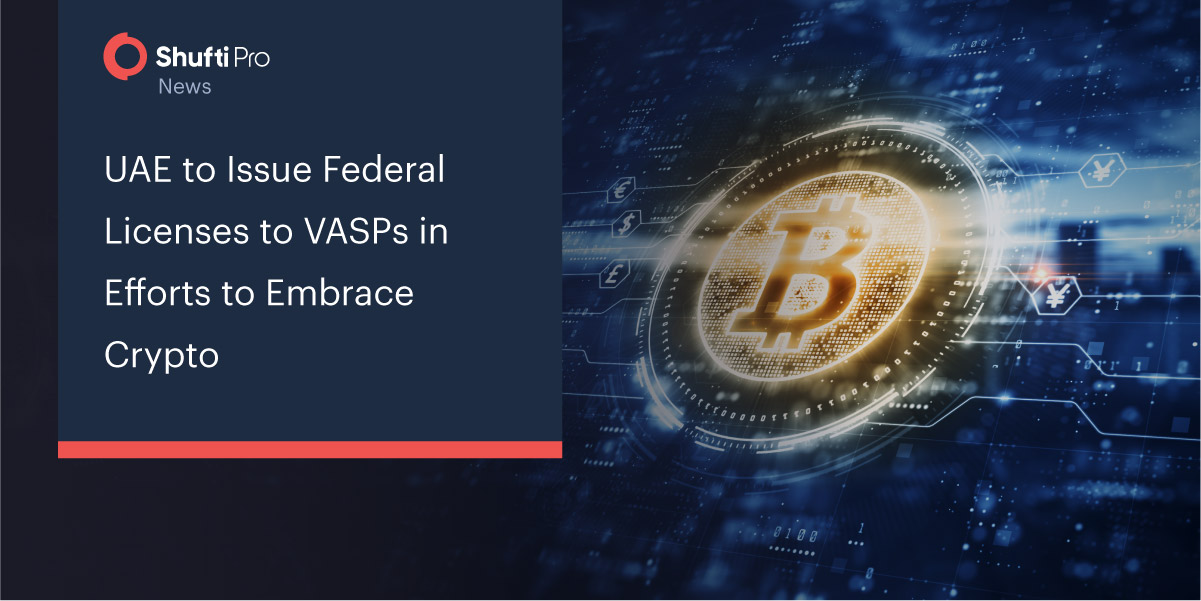 The UAE is gearing up to issue federal licenses to virtual asset providers (VASPs) within a matter of months in order to attract crypto companies.

According to a government official, the United Arab Emirates is making efforts to bring in some of the world’s biggest crypto companies.

The official, who wanted to keep his identity private due to government policy, said that the Securities and Commodities Authority is currently in the final stage of altering the legislation to enable VASPs (Virtual Asset Service Providers) to establish.

Binance Holdings, which is the world’s biggest cryptocurrency exchange in terms of trading volume, is one of the crypto companies looking to grow bigger in the UAE.

With the help of a nationwide licensing system for VASPs, UAE could effectively compete with rival financial centers like Hong Kong and Singapore. The rival countries are already working towards developing fully regulated crypto trading environments.

Some of the UAE’s financial free zones have already provided permits to VASPs. Dubai Multi Commodities Centre has issued licenses to 22 such companies, while Abu Dhabi Global Market has issued to 6.

Furthermore, Dubai Silicon Oasis Authority has also at least 1. The Middle Eastern hub for most Wall Street banks, the Dubai International Financial Centre, doesn’t have any until now.

In efforts to bring in more business, the UAE began a risk assessment on virtual assets at the end of 2021, where 14 public-sector agencies and 16 private-sector entities were involved.

Despite the “high risk” nature of VASPs when it comes to being used for illicit financial crimes, the government decided on proper regulation rather than banning them in order to mitigate risks.

Lastly, the official also said that Abu Dhabi took into consideration the latest guidelines from the Paris-based Financial Action Task Force (FATF). The strategies used in the US, UK, and Singapore are being followed to embrace technology by welcoming new sectors in the UAE.