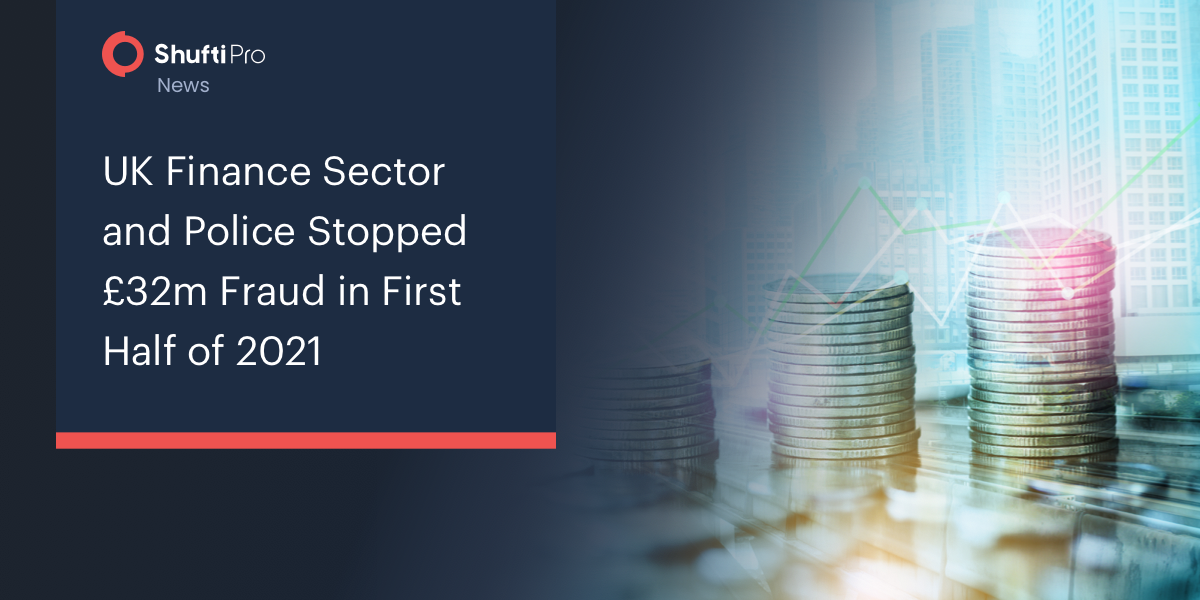 The ‘Banking Protocol’ introduced in 2016 has now helped prevent financial fraud worth £174m.

The UK Finance has announced that banks, building societies, and post offices teamed up with the Police and prevented £32m of financial fraud in the first six months of 2021.

The banking and finance-based agency, which represents around 300 firms, has also stated that the ‘Banking Protocol’ introduced in 2016 has now helped prevent financial fraud worth £174m. Savers have also been urged to remain vigilant, as the easing lockdown restrictions are likely to increase financial vulnerability.

£32 million of fraud was stopped through the Banking Protocol rapid scam response in the first half of this year, according to the latest figures from UK Finance.

The latest figures  have revealed that the Banking Protocol received 4,700+ emergency calls between January and June 2021, saving potential victims £6,672 each on average.

Ultimately, the scheme led to the arrest of over 90 suspected criminals, bringing the total number of arrests to 934 since the protocol began.

Katy Worobec, managing director of Economic Crime, UK Finance, stated, “Criminals have continued to capitalise on the pandemic to commit fraud, callously targeting victims through impersonation, romance, courier and rogue trader scams. Branch staff and the police are working on the frontline to protect people from fraud and these figures highlight the importance of their work in stopping these cruel scams and bringing the criminals to justice.”

The case studies can be viewed here.

Suggested Read: UK has Suffered Fraud and Cyber Crime Losses Worth £1.3 Billion in 2021