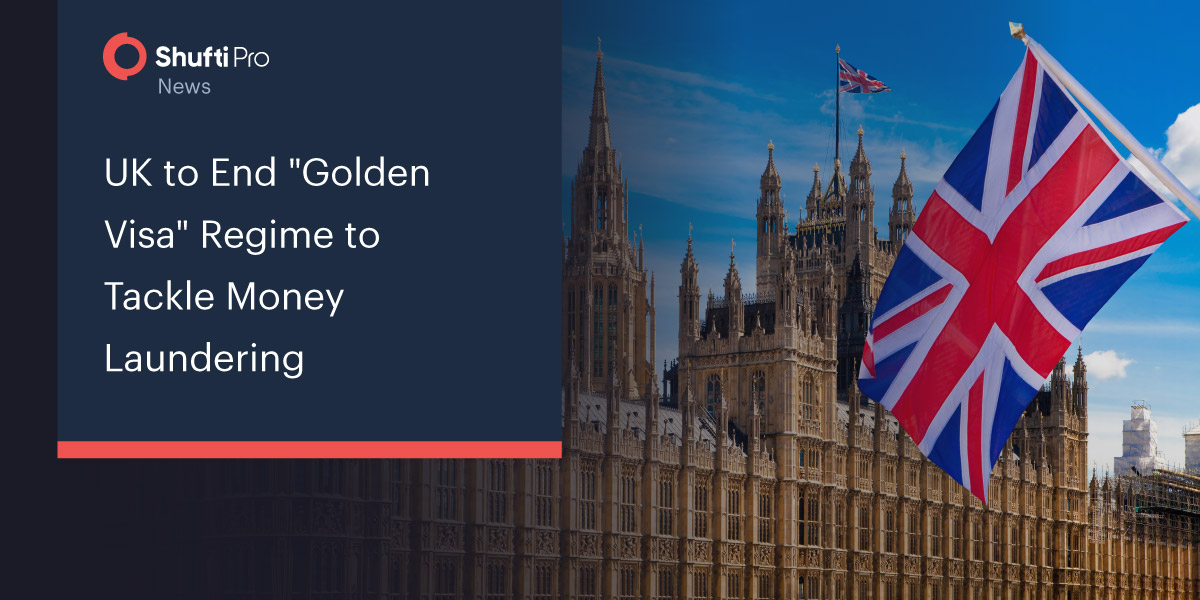 The UK is looking to scrap its so-called “Golden Visa” regime in a short period as Russian actions over Ukraine have initiated the call for preventing money laundering.

In recent years, the Tier 1 “investor visa” opened doors for wealthy Russian and other foreign investors who have settled in the UK by using the scheme. Russia’s relations with the UK changed due to the poisoning of former Russian agent Sergei Skripal in Salisbury in 2018. As a result, the visas of wealthy Russians have been under review ever since.

The rules to obtain investor visas that require people to provide proof of having at least £2mn to invest in the UK were amended in 2015 to include checks on the origins of the money. Also, in 2019, a condition for providing proof of a UK bank account was also added.

However, officials close to the home secretary Priti Patel stated that she was willing to scrap the whole idea as she believed the system could be vulnerable to those laundering illicit funds.

Government officials also said that plans were being made to abolish the golden visas within a matter of weeks. In 2020, the Parliament’s intelligence and security committee also warned that “the exploitation of the UK’s investor visa scheme” was a draw for many Russians.

The committee stated that the UK had created the “ideal mechanisms”  for the channeling of illicit funds, adding it had become a “laundromat” for offshore wealth. The UK government reportedly issued 798 investor visas in 1 year till September 2021, 82 of which were issued to Russians. During the same period, Chinese nationals received 210 visas.

“These Tier 1 visas have been a gold-plated invite to launder money in the UK,” said Chris Bryant, a Labour MP who sits on the Commons foreign affairs select committee.

“The government has to come clean about how they’ve been abused and the UK has got to stop its addiction to dodgy money. I can’t understand why the home secretary didn’t get rid of them ages ago. She was even on the foreign affairs committee when we recommended it.”

In 2018, the former home secretary Amber Rudd initiated a review of the basis on which over 700 wealthy Russians were permitted to settle in the UK under the regime. The initiative faced several years of delay, but the government has now announced to publish the findings before April.

The Home Office said: “We reformed the Tier 1 visa route in 2015 and in 2019 to crack down on dirty money and we have not ruled out making further changes.”

“As part of our work to prevent this route from corruption we are reviewing all Tier 1 investor visas granted before these reforms were made, and will report on our findings in due course.”