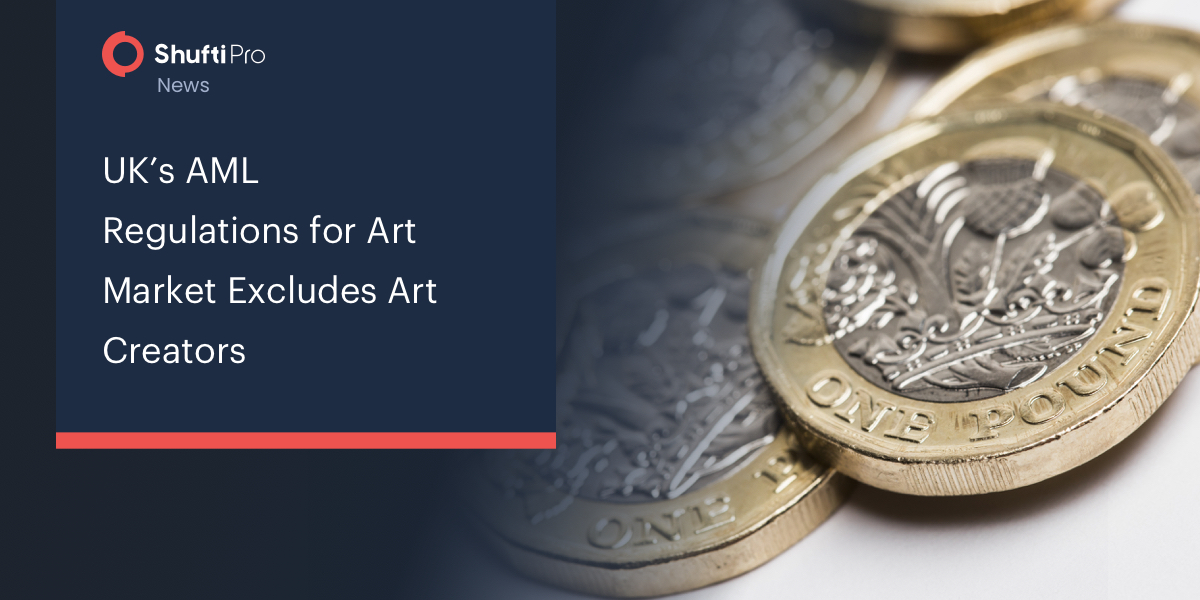 The UK to implement new Anti-Money Laundering regulation to cover the art market from 10th June 2021. However, the UK’s Treasury has confirmed that the art creators will not be covered under these regulations.

The regulatory authority was previously unsure about whether artist selling their own work to art collectors directly would be considered the Art Market Participants (AMPs) and if they should comply with the regulations of the prices of about €10,000 or more.

“HM Treasury has recently confirmed that it is not intended that artists—persons who create original art—are in scope of the AMP definition and therefore they are not required to register as an AMP,” says the HMRC’s official statement.

Many art organisations and law firms were working with the DCMS and HMRC to achieve this conclusion. They argued that artists do not have enough financial resources to be able to get along with the demands that regulators would require them to follow.

A representative from the law firm told The Art Newspaper that, “Really excellent news for artists today. Whilst we never expected artists selling their own works to be caught by AML, understandably with the threat of criminal penalties and only a couple of weeks to go, many had started to get nervous and were thinking about registering with HMRC as a precaution, despite the £300 registration cost being a very hefty fee for most working artists.”

Unfortunately, these rules may have come a little as many of the artists who were getting concerned over the compliances already the arrangements and invested in the security measure for ID scanning document services on the assumption that they would be considered under the new AML regulations.

Canvas Art Law shared the news, saying: “We heard last week that some accountants and advisers had written to artists telling them to sign up with HMRC and pay the £300 registration fee, so please share this breaking announcement far and wide to make sure all artists get the message loud and clear that is now confirmed they don’t need to do this.”