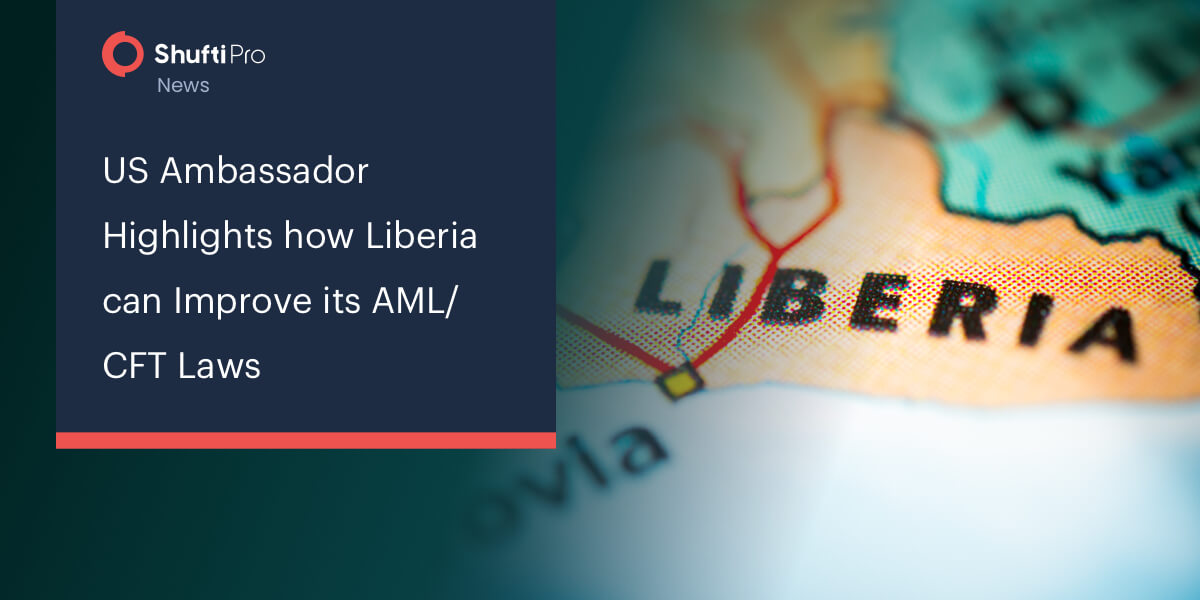 US Ambassador Highlights how Liberia can Improve its AML/CFT Laws

Monrovian embassy of the United States’s ambassador, Micheal A. McCarthy, supports the National Risk Assessment Report of Liberia by reliable authorities regarding the Anti-Money Laundering and Counter-Terrorism Financing initiative. Additionally, the ambassador also warned that sufficient financial support should be provided to the Financial Intelligence Unit of Liberia to effectively improve the implementation of its duties and also to conduct activities decided in the Action Plan, originated through the reliable National Risk Assessment Report.

Ambassador McCarthy spoke on the Law Dat program held by the National Bar Association of Liberia. The Ambassador highlighted that in order to win the fight against financial crime such as money laundering and terrorism financing, the Liberian government, without any delay, should provide regular and sufficient financial support to the regulatory authority of the country.

The Ambassador also emphasised that if the three branches of the government could prioritise the Financial Intelligence Unit of Liberia, the credible investors will also be encouraged to invest in Liberia.

He pointed out that the Liberian Legislature must approve effective AML/CFT regulations that are aligned with international standards. Intergovernmental Action Against Money laundering in West Africa (GIABA) also plans to carry out an evaluation of Liberia’s regulatory sector in 2022.

Ambassador McCarthy said, “the protection of the Financial integrity of Liberia cannot be overemphasized, as the second mutual evaluation has gained momentum; as evidenced by the finalization of the National Risk Assessment Report recently by the FIU and other stakeholders.”

He also wants the Financial Intelligence Unit to guide the banks and other financial institutions with risks and vulnerabilities that were highlighted in the National Risk Assessment Report so that they can be properly compliant with the AML/CFT regulations in the country.

He added, “that failure of the Liberian Government to provide financial support and strengthen the AML/CTF regime could pose a serious threat to the Liberian economy, money transfer, and sustainability of investments in Liberia because the alternative to not prioritize the work of the FIU could yield unfavourable effects on the country to include Liberia being blacklisted and branded as a safe haven for criminals and their enterprises.”