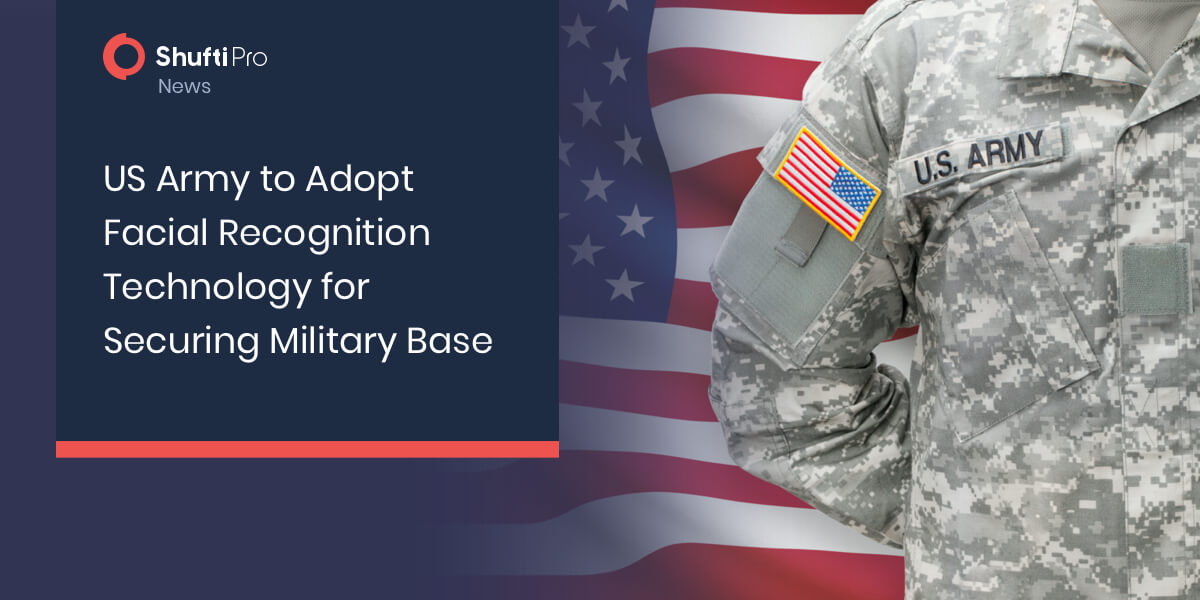 US Army to Adopt Facial Recognition Technology for Securing Military Base

United States Army is looking to apply face recognition technology on their military base to immediately react to major crimes. There have been some violent attacks on the U.S military bases. In 2009, a shooting occurred in Fort Hood and in 2019, Pensacola Navy based also faced some shooting.

Over the past few years, facial recognition technology has become a bit controversial subject especially regarding its use by law enforcement authorities. Many police departments have been banned from using this technology while many government agencies are still using the technology. This technology played a major role during the pandemic to identify the people ignoring to wear face masks.

Now a report suggests that the US army is interested in applying this technology to ensure that only authorized individuals enter the military base. It will help to verify the identity of the authorized people. This call was highlighted through the Army’s Small Business Innovation Research and SBIR Portal that was seeking for Recognition Biometric Camera System. This was initially published on March 31st and the response date is set to May 18th. The question period will run through May 4th.

The listed objective is to “design and build a biometric recognition camera system to be integrated with the pre-existing Automated Installation Entry system for deployment at Army installation Access Control Points. The camera system can see through the windshield of approaching vehicles in various weather conditions during the day and nighttime and will also be used to report security alerts.”

The demand for biometric face recognition technology has grown a lot over the past few years. The technology is being deployed by the agencies like TSA to not only automate the identity but also to verify the boarding pass at the airports. Research by The National Institute of Standards and Technology (NIST) on biometric technology has revealed that the high-resolution cameras and identity analytics software have reduced the chances of errors in identity verification.

The current effort would, “use existing technology to develop a facial recognition system that has the capacity to detect passengers in a moving vehicle and compare the captured image of the driver to a photo gallery of pre-approved users. The results would be displayed to the guard with a photo of the driver indicating access granted or access denied response in time to allow uninterrupted vehicle traffic flow for approved users.”