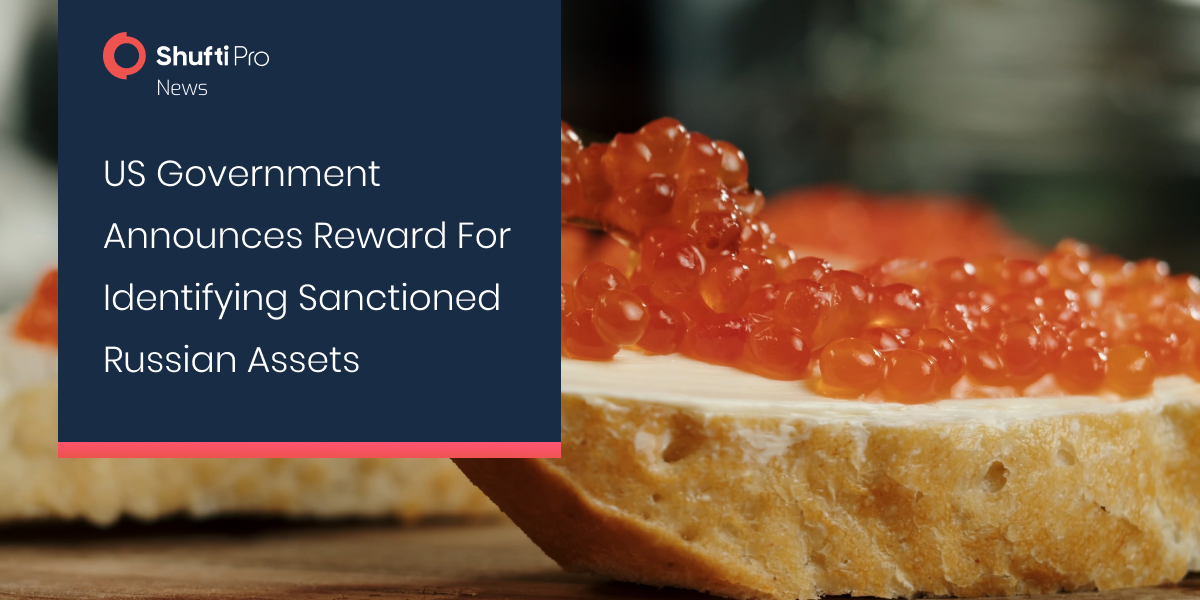 The US government has announced financial rewards of up to $5 million for information leading to the identification and seizure of sanctioned Russian assets.

The Kleptocracy Asset Recovery Program was established under the 2021 Defense Authorization Act and offers rewards of up to $5 million for information leading to the restraint, seizure, forfeiture, or repatriation of stolen assets of sanctioned Russian individuals and entities.

The Program is applicable on the assets that are either held in the account of a US financial institution, including its branches in other countries, or the asset in the United States that are in the possession or control of a US citizen.

The US government released a list of 50 individuals they are particularly interested in, including 28 who are sanctioned by several jurisdictions.

The financial reward for whistleblowers was announced last week along with the introduction of a multilateral Russian Elites, Proxies, and Oligarchs (REPO) Task Force between the US, Australia, Canada, Germany, Italy, France, Japan, the UK, and the EU, last week.

The finance ministries in these countries agreed to share information to enforce sanctions, asset freezes, and seizures, as well as criminal prosecutions related to any misconduct by sanctioned Russian individuals and companies.

In a statement, the US government said that the cooperation had already resulted in notable successes in the last three weeks.

The information provided by US law enforcement to foreign partners led to the seizure of multiple vessels, worth hundreds of millions of dollars, controlled by sanctioned individuals and entities, the US Treasury Department said.

“Our sanctions, trade restrictions, and other measures have already imposed significant costs on Russia, its leadership, and those who enabled Putin’s unprovoked invasion into Ukraine,” said Treasury Secretary Yellen.