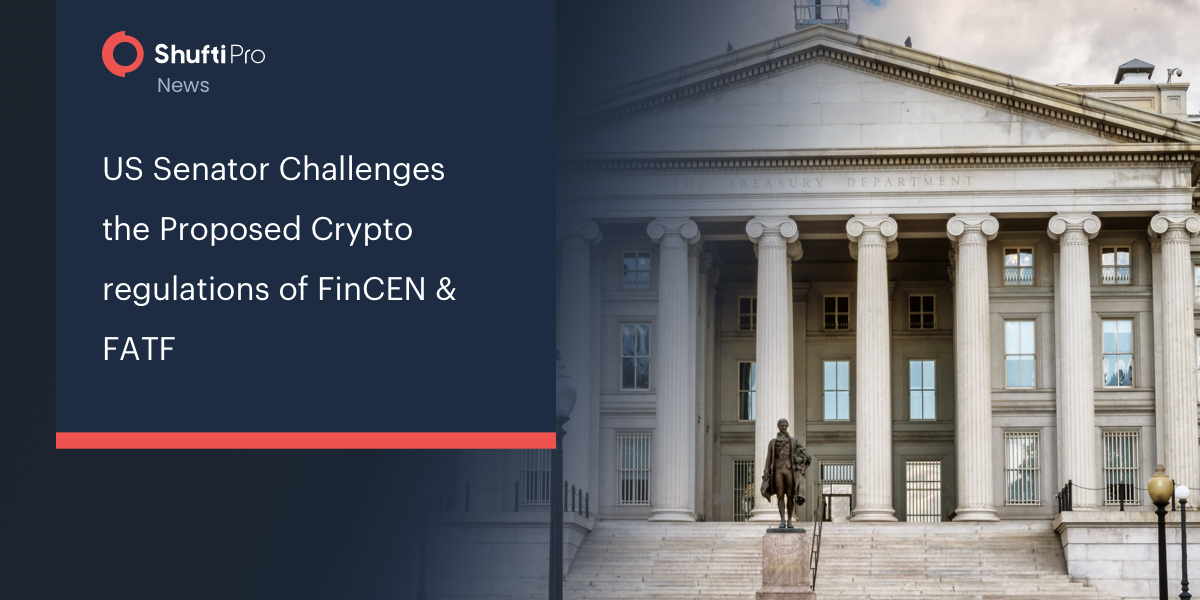 US Senator Challenges the Proposed Crypto Regulations of FinCEN & FATF

Pat Toomey, the US Senator, has requested Treasury Secretary Janet Yellen to “make significant revisions” to the crypto regulations by FinCEN and the planned adoption of the guidance issued by the FATF.

The US Senator Pat Toomey has written a letter to Treasury Secretary Janet Yellen on Thursday, referring to the country’s approach to cryptocurrency regulation. He stated: “I write to raise concerns with two proposals involving the Department of the Treasury related to the regulation and oversight of cryptocurrencies,”

The first concern is related to FinCEN’s proposed rule related to cryptocurrency transactions, while the second concern relates to the FATF’s guidance about crypto transactions and Virtual Asset Service Providers (VASPs). The senator stated:

“While I recognize that FinCEN and FATF’s proposals are seeking to address the misuse of cryptocurrencies for illicit activity, if adopted, they would have a detrimental impact on financial technology (fintech), the fundamental privacy of Americans, and efforts to combat illicit activity. I urge you to make significant revisions to them.”

The senator started the letter by stating the importance of “fostering innovation” in the US. He asserted that “cryptocurrencies stand to dramatically improve consumers’ privacy, access to financial services, and power to make decisions for themselves.”

He then stated that the proposed rule will negatively impact the US in two ways. Firstly, record keeping and reporting requirements on crypto transactions would be deemed very burdensome. Secondly, he argued:

Turning towards Toomey’s concerns with the FATF’s guidance, he wrote:

“FATF’s guidance will drive cryptocurrency transactions away from financial institutions, undermining the ability of law enforcement and analytics firms to identify and track illicit activity. FATF should revise its guidance to focus on transactions and entities that warrant regulation.”

At the conclusion of his letter, the senator wrote that the US needs to support, not suppress, financial innovation. Adding to this, he urged the Treasury Secretary to take a more thoughtful approach towards detecting and identifying illicit activities, such that financial innovation continues to flourish and the privacy of the American’s remains respected.