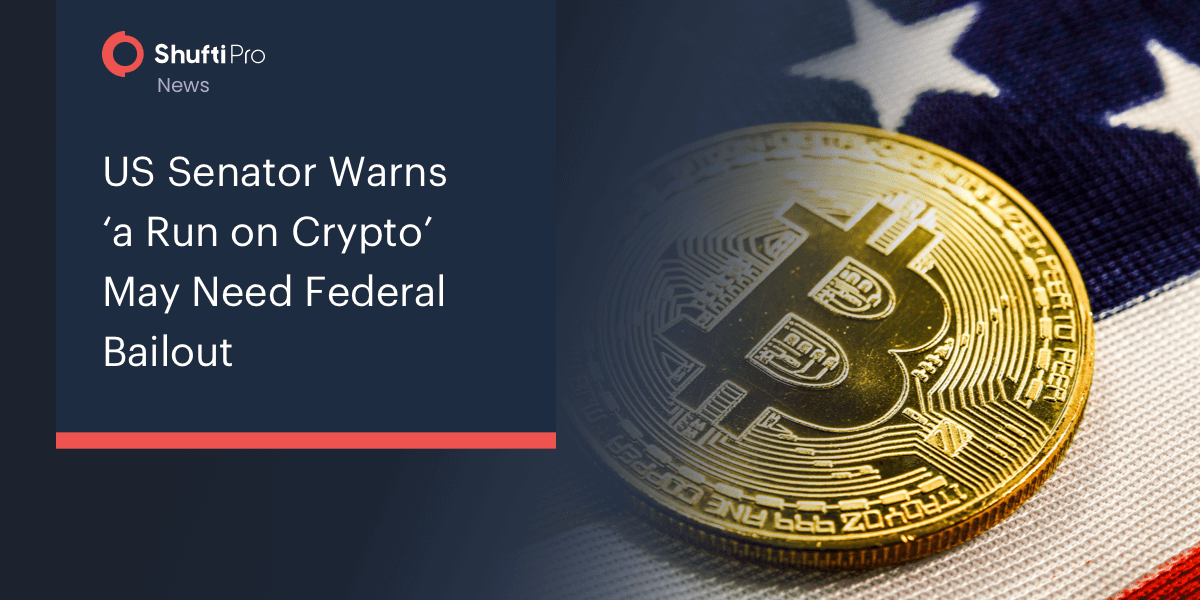 US Senator Warns ‘a Run on Crypto’ May Need Federal Bailout

Elizabeth Warren, US Senator and a longtime bitcoin skeptic has shared her views about the upsides of cryptocurrencies while warning that the crypto sector may need a federal bailout if there’s ‘a run on crypto.’

In an interview with Bloomberg last week, Senator Warren was asked to share her opinion about US cryptocurrency regulations. She began by saying, “If people are going to be out there trading it, there needs to be a cop on the beat. Because when there’s not a cop on the beat in any market, then it’s the small traders who get cheated, and that’s what always worries me.”

According to Elizabeth, the biggest upside might be the democratization or expansion of access to the financial system. It is all about putting some general rules in place so that anyone can trade with some basic confidence that a cop is on the beat to blow the whistle and stop any of the biggest kinds of scams.

The United States has tens of millions of people, banked and unbanked which means the residents have to pay 3% of their paycheck just to get cash. Moreover, they have to pay money to make a utility payment or pay their rent and this costs residents a lot.

Senator Elizabeth Warren says if something goes wrong, such as “a run on crypto,” the industry may need a bailout. #bitcoin #cryptocurrency https://t.co/Zxpm8eT9E5

On the other hand, she also highlighted the downside of crypto adoption and warned that the bigger this market gets and stays outside of the financial system, the higher the chances of facing a financial crash similar to the 2008 crash.

“If something goes wrong, there’s a run on crypto, there’s a problem elsewhere in the economy, I don’t want the U.S. taxpayer to be the one who gets called on to back this up,” Warren said.

The Senator has long been a bitcoin skeptic and recently, she urged Yellen to structure policies for the crypto sector to mitigate the risks. In addition to this, she also asked the chairman of Securities and Exchange Commission (SEC) of the States, Gary Gensler to use full authority for regulating crypto trading.