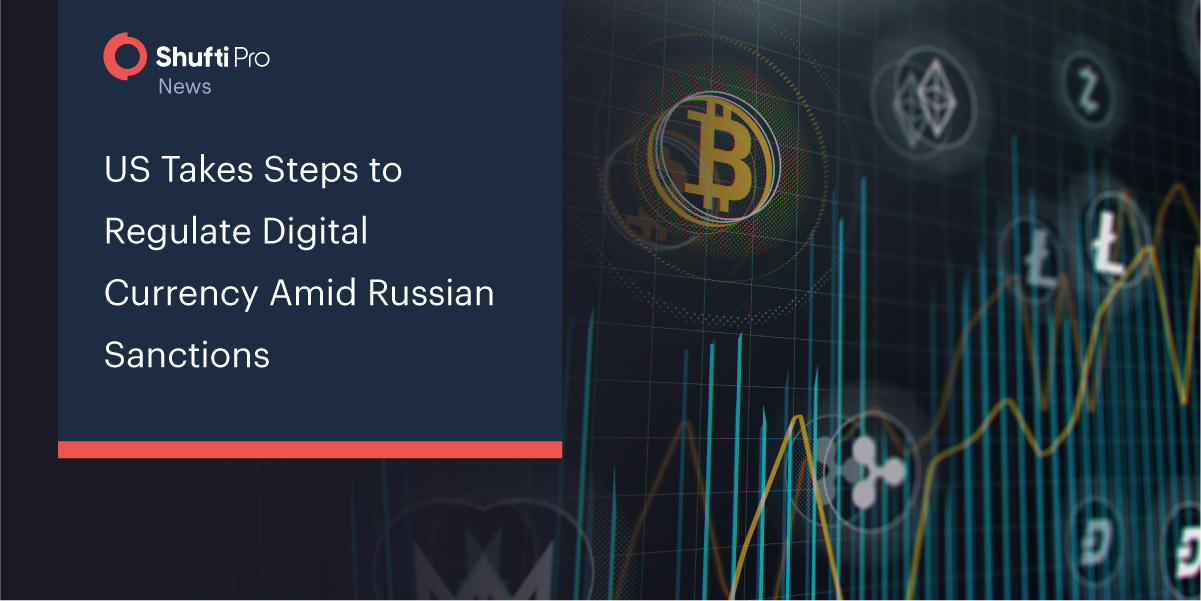 US Takes Steps to Regulate Digital Currency Amid Russian Sanction

President Biden signed an executive order on Wednesday wherein the federal government was urged to formulate a plan for regulating digital currencies and improving oversight on the associated risks.

The order has been in the works for months and is aimed at coordinating efforts for financial regulators to improve their understanding of the risks and opportunities brought forth by digital assets, particularly for consumer protection, national security, and illicit finance.

According to the Biden administration, the order is in response to the “explosive growth” in digital assets and the rise in the number of countries trying to adopt central bank digital currencies. The order is also a sign of America’s desire to maintain its technological leadership.

The order urges financial regulators to continue work on studying and reporting for the establishment of a digital dollar. The outcomes of these studies would ideally help create a regulated currency based on the fast-paced innovating industry that has quickly moved into the mainstream.

However, critics say that digital currencies promote illicit activity, including money laundering, and create other financial risks for customers and the financial institutions involved.

Brian Deese, the director of the National Economic Council, and Jake Sullivan, the president’s national security adviser, said in a statement that the order “will help position the U.S. to keep playing a leading role in the innovation and governance of the digital assets ecosystem at home and abroad, in a way that protects consumers, is consistent with our democratic values and advances U.S. global competitiveness.”

Central banks from the Bahamas to Sweden to China are experimenting with digital currency offerings, raising concerns among lawmakers that the Federal Reserve might fall behind the competition.

In January, the Fed released a long-awaited report on central bank digital currencies, which it said was intended to generate debate. On Wednesday, after news of the executive order, the Fed’s official Twitter account noted that it had “made no decisions on whether to pursue or implement a central bank digital currency” and invited the public to continue commenting on issues raised by its report.