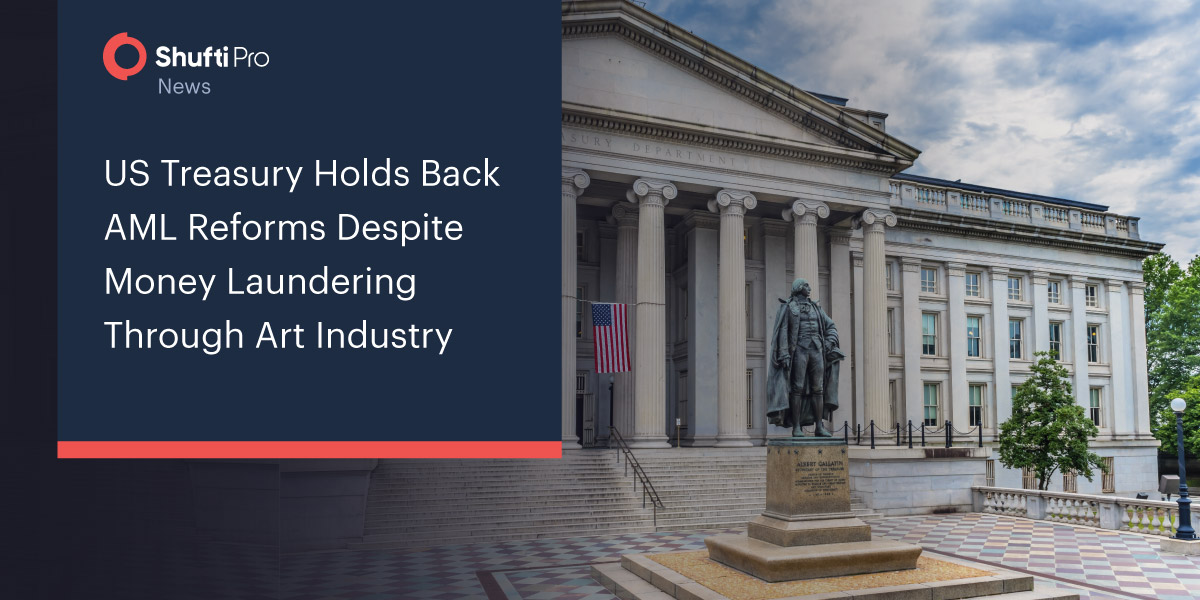 The US Treasury Department has found the country’s art market to be vulnerable to financial crimes but concluded that the Department is currently focusing on closing other “outstanding gaps”.

With evidence of the world’s largest art market being at risk of money laundering, the US Treasury says in a new report that the agency will consider reforms such as requiring art dealers to run background checks on their clients and report suspicious activities.

While highlighting the potential reforms, including those that can bring the US more in line with the UK and Europe, the report does not recommend any specific approaches.

Instead, the report just concludes by recommending the Treasury department focus on closing other “outstanding gaps” in the AML system, including the ones related to beneficial ownership in the real estate sector.

“We have found that while certain aspects of the high-value art market are vulnerable to money laundering, it’s often the case that there are larger underlying issues at play, like the abuse of shell companies or the participation of complicit professionals, so we are tackling those first,” Scott Rembrandt, a senior Treasury official, said in a statement to the New York Times.

Congress had asked for the report as part of the efforts to update American anti-money laundering regulations. In 2021, the US included antiquities dealers in the list of professionals required to conduct background checks on their clients and report suspicious activities to the authorities. However, art dealers and auction houses were exempted.

The new report sheds light on the vulnerabilities in the art market including portability, the involvement of intermediaries and shell companies.

Suggested read: Money Mule Initiative Results Announced by the US Department of Justice