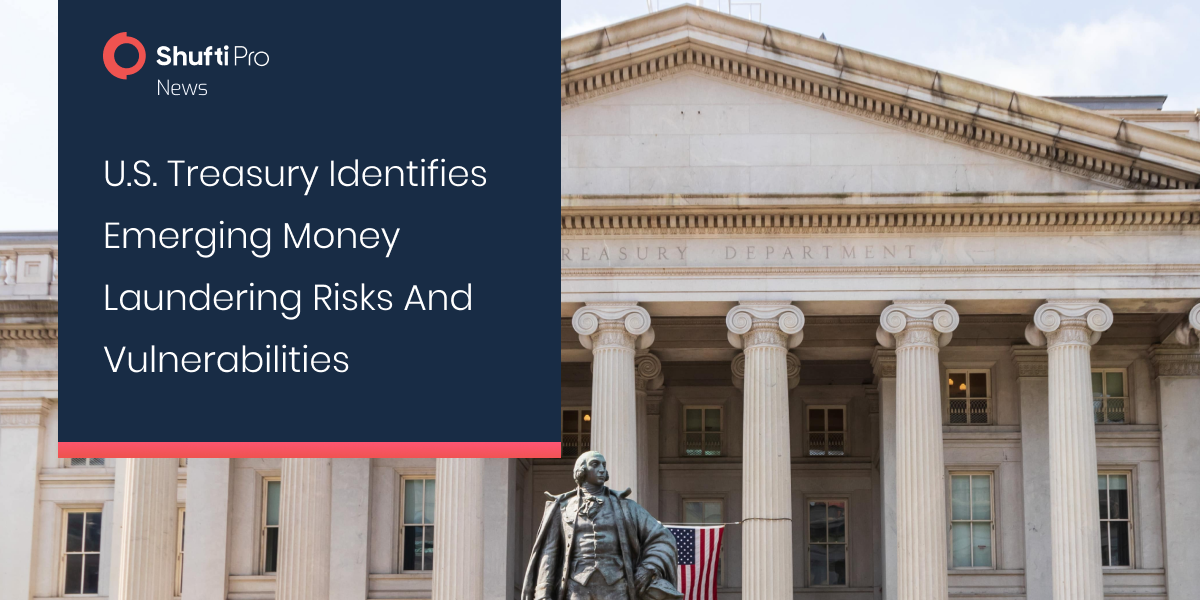 The US Department of the Treasury recently issued its National Risk Assessment for Money Laundering, Terrorist Financing, and Proliferation Financing.

The NMLRA is aimed at identifying national threats, vulnerabilities, and risks faced by the US financial system. The 74 pages long, comprehensive NMLRA includes various different perceived threats and vulnerabilities such as the misuse of legal entities, virtual assets, real estate, investment advisors, and casinos.

The NMLRA covers cybercrime as “a larger and growing share of the overall money laundering threat in the United States.” It also sheds light on professional money laundering organizations (“PMLOs”) and states how they continue to harm the financial system with their illicit services.

Laundering the proceeds of cybercrime, trafficking narcotics, and other schemes on behalf of organized criminal enterprises are all aided by the international services offered by PMLOs.

As a result, merchants, professionals in real estate businesses, lawyers, and financial services executives are all directly or indirectly involved in assisting money laundering schemes that are aimed at obscuring the origins of ill-gotten gains.

Cybercrime started rising as one of the adverse consequences of the COVID-19 pandemic and is still a major concern. The 2018 NMLRA reported that in 2016, the FBI received 298,728 Internet-facilitated fraud complaints totaling over $1.3 billion in losses, in 2020, the FBI received 791,790 complaints totaling over $4.1 billion. As the NMLRA points out, those figures likely significantly underestimate the amount of loss, because only a fraction of cybercrime is reported to the FBI.

The NMLRA states special concerns regarding PMLOs, which it says are groups that facilitate money laundering on behalf of other criminal enterprises and continue to proliferate globally.