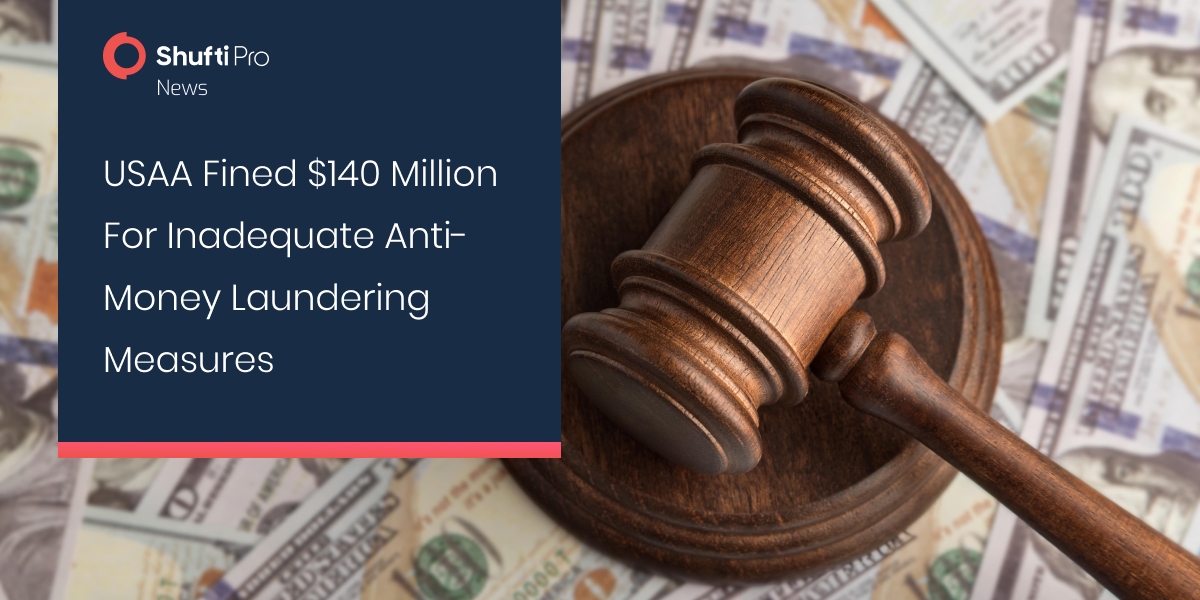 The U.S. Treasury’s Financial Crimes Enforcement Network (FinCEN) and the Office of the Comptroller of the Currency announced their actions on Thursday in separate statements.

While the FinCEN imposed a $140 million civil fine for “willful violations” of the Bank Secrecy Act, though it agreed to credit $60 million to account for the separate set of fines independently levied on the company by the Office of the Comptroller of the Currency, which cited similar problems in a consent order.

“As its customer base and revenue grew in recent years, USAA [Federal Savings Bank] willfully failed to ensure that its compliance program kept pace, resulting in millions of dollars in suspicious transactions flowing through the U.S. financial system without appropriate reporting,” FinCEN’s Acting Director Himamauli Das said in a statement.

The bank “received ample notice and opportunity” to fix its anti-money-laundering controls, he said, “but repeatedly failed to do so.”

USAA CEO Wayne Peacock said in a statement that while the “issues identified in these orders did not result in any individual member harm, we understand the importance of these requirements.”

He added, “USAA has already made progress in many critical areas by investing in new systems and training, enhancing staffing and expertise, and improving our processes. And we have an unwavering commitment to the military community.”

The FinCEN ensures that banks play their role in combating financial crime such as money laundering and terrorism financing. Banks are also obliged by federal law to report suspicious transactions like withdrawals of large amounts of cash or transfers to flagged accounts to the FinCEN.