With Rising Fintech Adoption, FI's are Investing in AI for AML Compliance: Report
Skip to content 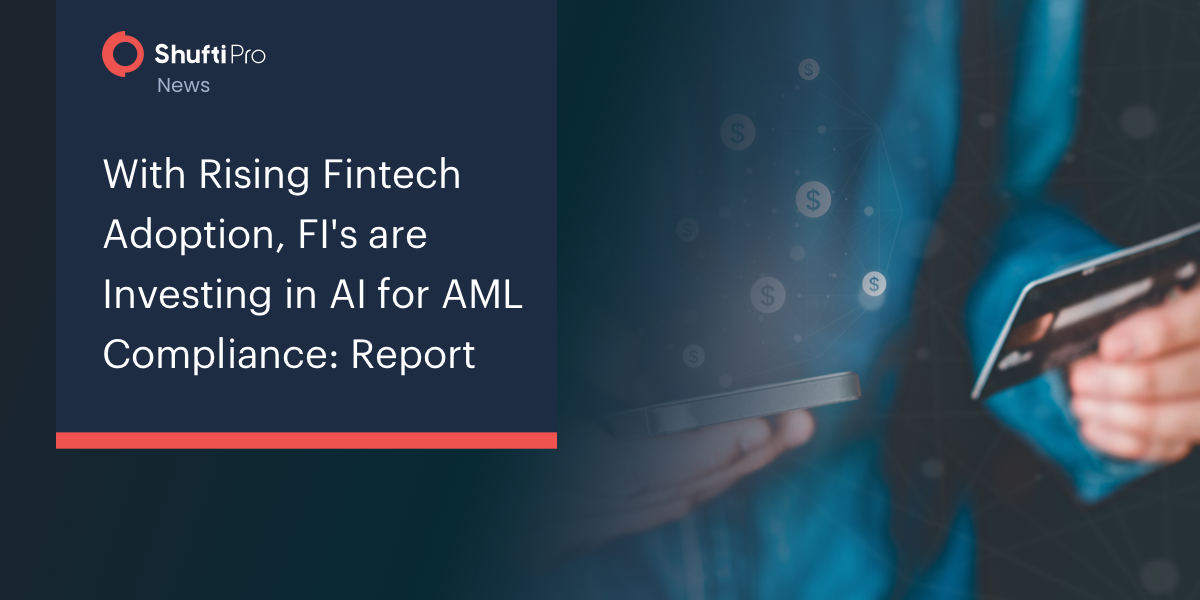 With Rising Fintech Adoption, FI’s are Investing in AI for AML Compliance: Report

Reduced rates of false positives and the resulting decline in operational costs have caused an increase in the adoption of AI solutions in the fintech space.

A payments specialist Banking Circle reached out to industry professionals for their views on AML, AI, and combating financial crime amid the “increasing speed of transactions.” The report points out approximately £18 billion in fintech investments were made in the first half of 2021. This sets a new record for the UK’s total investments in the fintech industry, placing the country at second place, after the US.

Additionally, the report states that a survey of 850 ACAMS (Association of Certified Anti-Money Laundering Specialists) members worldwide, revealed that “39% of financial institutions are accelerating their adoption of AI and machine learning (ML) for anti-money laundering, in response to COVID-19.”

The main driver behind rising AI adoption was accredited to improvements in the quality of investigations and regulatory filings, according to 40% of the respondents. 38% of the respondents also claimed that reducing false positives and resulting operational costs were behind their adoption of AI and ML.

The report, from SAS, KPMG and ACAMS, also reveals that 57% of respondents have either “already incorporated AI or ML into their AML compliance processes, or are planning to do so within the next 12 to 18 months.” It further adds that the trend is consistent amongst both large and smaller financial institutions.

The report also stated that the UK government has “begun the consultation process for further amendments to the regulations, with changes up for discussion in areas most likely to affect those selling digital art, crypto-asset businesses, and trust and company service providers.”

A traditional approach towards KYC and AML compliance hinders the company’s growth in today’s robust regulatory landscape. With the help of AI and ML, organizations are now able to cut down costs and reduce the number of resources that are typically exhausted due to compliant processes.