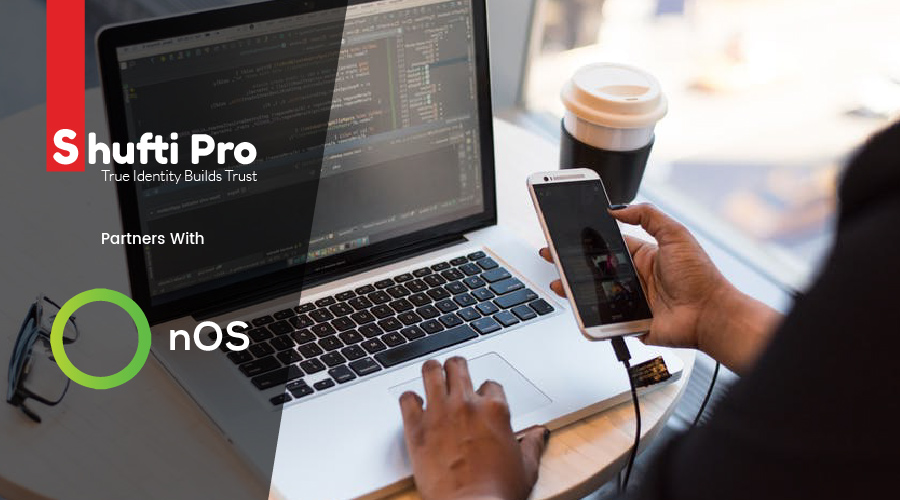 nOS picks up Shufti Pro to conduct KYC for its ICO

Bath, UK (Oct 11th,  2018) nOS has chosen Shufti Pro as its partner to perform KYC verification and AML screening for upcoming ICO of its utility token by the name of nOS Token. Shufti Pro promises greater scalability and transparency for the investing partners of this blockchain based operating system.

nOS is basically a virtual operating system, that can be considered a hybrid of both an app store and web browser. It will have decentralized applications with open and transparent code running on NEO blockchain. The need for an identity verification product arose from the working principle of the entire venture. The owners of Utility tokens will give rise to an NEO smart economy which means that they will gain voting powers on the nOS platform. Developers of customer-friendly applications and contributors to the blockchain based OS environment will also be rewarded with utility tokens, creating loyalty among users and developers alike.

AML Compliance was the first concern for nOS executives as they wanted to engage a user base that was devoid of any financial risk. They also wanted a KYC verification system and AML compliance solution that utilized both artificial and human intelligence to reduce false positives. These specific requirements led nOS to Shufti Pro that was fully equipped to carry out all these tasks for its customers. GDPR compliance of Shufti Pro guaranteed that all the data collected for KYC verification and AML screening was according to the guidelines of EU. This also safeguarded the blockchain based venture from unwarranted regulatory penalties.

CEO of nOS , Mr. Dean van Dugteren, elaborated the importance of the partnership between the 2 companies in following words

“nOS aims to provide simplicity in terms of development and interaction for decentralized applications and games. What we noticed with Shufti Pro is that they clearly employ that same philosophy of keeping things simple, for developers and users alike. Shufti Pro’s APIs are easy to use, the platform support is great, and the back-end office is clear and visually pleasing.”

He also said that “I believe that Shufti Pro is doing things right and are leading the way as a digital KYC provider. For both traditional start-ups, and the blockchain industry.”

“Shufti Pro is an innovative identity verification product offering multiple solutions for KYC verification and AML Compliance. The task to perform KYC verification and AML Screenings for an ingenious product like nOS was really exciting for us. All the concerns and queries of nOS management were fully addressed to make their upcoming token sale a success story. Due process was followed in the testing phase as well as the integration process to make the ICO of nOS token transparent and successful”

Shufti Pro will provide real-time results for KYC verification and AML screenings performed for investors interested in buying nOS tokens. Document verification will be provided by Shufti Pro in addition to document issue and expiry date verification. Shufti Pro will also play a pivotal role to take this ICO global as it has Universal Language Support which enables it to identify and verify the credentials printed on an identity document, regardless of the language in which those credentials are published. The country restricted feature from Shufti Pro is also integrated into KYC services offered to nOS ICO as they are not allowing token sale in China and USA.

Shufti Pro is an emerging name in ID verification services. The goal of the company is to enable its clients with seamless customer experience, fraud prevention and undeterred revenue generation. The company offers state of the art SaaS, which engages Artificial Intelligence and Human Intelligence to provide ID verification services. Businesses can now conduct easy digital verification processes with lesser friction and more advanced technology. Currently offering its services for all countries of the world along with Universal Language Support, the company is located in the United Kingdom with its global office in Sweden.

nOS is a full-stack solution for decentralized application development, deployment, discovery, and interaction. It describes itself as a Virtual Operating System due to the distributed services it aims to offer for both developers and end-users. Think of nOS as an app store and web browser, a virtual operating system, with the ability to access a new, decentralized internet. On this new internet, apps work transparently and openly.

On nOS, applications and websites can be deployed in a completely open and decentralized manner by integrating smart contracts, client-side code, and public-key cryptography. Unlike server-side backend code, smart contracts can be open for all to read, allowing users to review how their data will be transmitted before any final commitments to action.