The affliction of cybercrimes and online frauds has reached such high proportions that the cost of it left the billion figure years ago and the damages have now entered trillions of dollars. Cybercrime ended up costing $3 trillion dollars to the commercial sector in 2015. This number is expected to cross $6 trillion by 2021. More to the fact that cybercrimes are the fastest growing crimes in the US; in that, fraudsters are increasingly enhancing and advancing ways to compromise a business’s cybersecurity measures. All these figures and the gravity of the situation requires enterprises and governments to take a more proactive than reactive approach to avert frauds and cyber attacks. The rise of ID verification systems, in particular, can play an important role in having a productive economic impact for businesses by not just helping to curb fraud but also reducing expenditures.

However, fraud prevention is not the only plus side of having an identity verification system. An online identification system can help reduce costs, ultimately increasing revenues for a business. It also enables businesses to meet their compliance and regulatory requirement, which they are bound to fulfil by law. Thus, identification systems can potentially save trillions of dollars for the online marketplace.

A Decrease in Transactional and Admin Costs

Both the financial services sector, as well as commercial businesses, have generally relied on outdated manual or legacy systems for transactions and payment systems. Such methods are costly and, not to mention, unsafe considering the current fraud landscape. Compared with digital identity systems, in-person identity verification can also be costly for the business as well as the consumer. For instance, if a person wishing to open a bank account needs to present a certain set of identity documents for the bank to ensure that the person has legitimate and verifiable credentials. Having to verify their identity in-person has both time and monetary costs for a consumer, not to mention that each visit costs the financial institute $4.25. Compared to this, a digital identification system allows a person to authenticate their document and other credentials electronically, thus saving them both time and money Not to mention the fact that a single mobile transaction costs only $0.10. Thus, the customer onboarding process can be made more efficient through an automated ID verification service. Eliminating the need for paper-based verification procedures for each individual client, it can greatly reduce the time for onboarding a new customer. 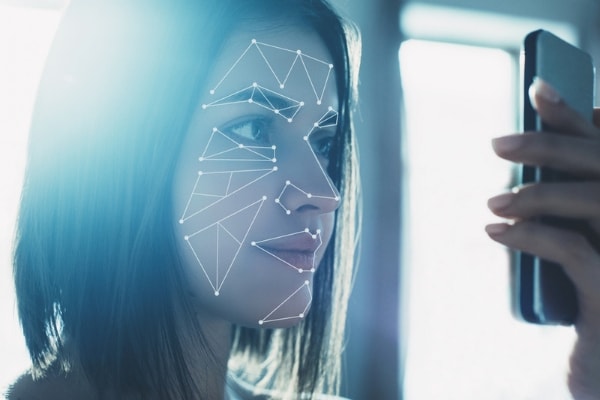 As discussed above, online frauds are the bane of an online enterprise or a financial institution’s existence. The sort of losses they incur to businesses can be detrimental. The costs of identity theft alone were reaching $221 billion worldwide. The financial sector or the online market cannot afford such losses. A sound online identification system, being fast and effective, can allow a business to detect fraud while it takes place, thus preventing any chargebacks or fines. A bank or financial institute can verify their clients during the onboarding process and make sure they have legitimate documents and other credentials. For an online business, an identity verification system allows merchants to identify fraudsters who are using fake or stolen credit cards or identity documents.

Another major fraud risk is synthetic identity fraud, wherein the criminal generally uses someone’s social security number to build an identity for him/herself. An effective ID verification software can also alleviate synthetic identity fraud. Also, by increasing cooperation between national databases and the private sector can help eliminate the use of fake credentials and identities altogether.

Sectors that are closely regulated including the financial services sector, online payment systems and the healthcare industry. In an effort to develop a framework that meets their regulatory obligations, they have to invest in ample resources. However, with slow and ineffective ID verification systems, their compliance costs are only susceptible to increase. Such businesses are not only in need of preventing fraud and reducing transactional and onboarding costs, but they are also legally bound to fulfil certain compliance requirements. Governments and regulatory authorities issue guidelines for businesses to implement in order to curb financial crimes like money laundering. Such obligations need to be fulfilled by businesses efficiently.

The financial services sector spends greatly on building effective compliance structures. However, manual procedures for verification have proven to be ineffective and slow. Implementing an automated system for customer due diligence and anti-money laundering (AML) compliance can not only reduce costs for businesses but also effectively reduce financial crimes.

It is also prudent to mention that companies that fail to implement adequate KYC and AML procedures have to face hefty fines from regulatory bodies, both national and international. Thus, implementing an effective online ID verification system can avoid these costs for a business as well.