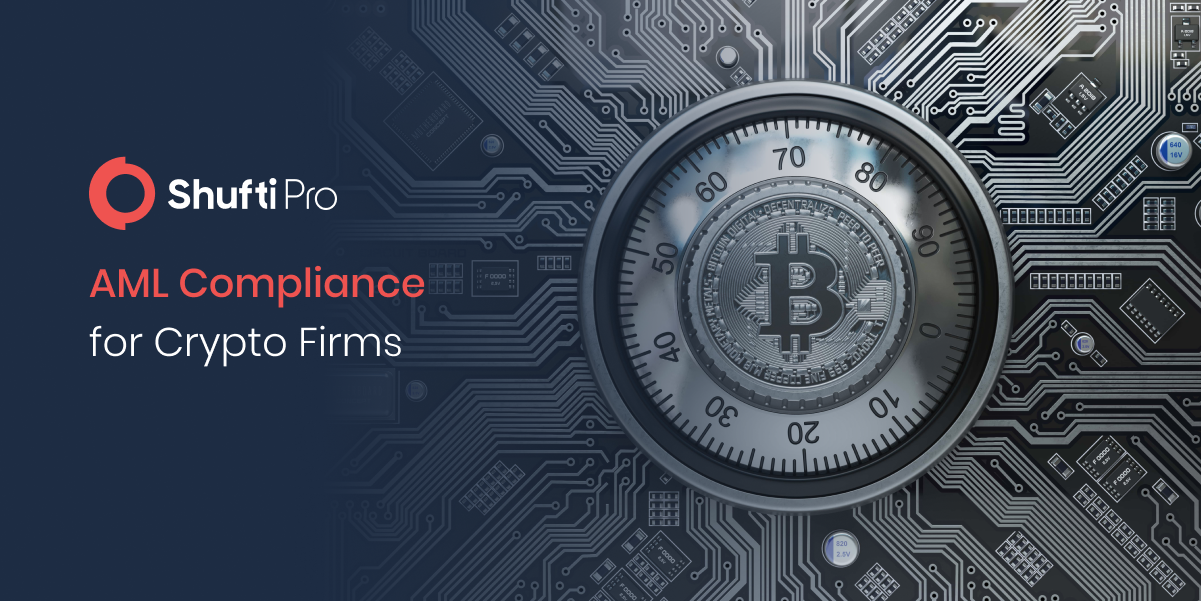 In the past few years, cryptocurrencies were widely adopted as an investment method by not only individuals but businesses and even governments as legal tender. However, the news isn’t all good, as Bitcoin and other digital currencies are also being used by money launderers due to the relatively relaxed anti-money laundering (AML) checks implemented by crypto firms.

As the cryptocurrency markets grow, so are the amounts of money laundered. As a result, there is a subsequent increase in the regulatory obligations coming in from financial authorities and lawmakers. Crypto firms and exchanges are being urged to incorporate robust AML Screening checks to comply with international standards.

A Chainalysis report shows that more than $33 billion worth of cryptocurrency has been laundered since 2017. Considering the total amount of money laundered in a year is between $800 billion and $2 trillion, it’s still shocking that Bitcoin and crypto account for almost 1 per cent of the total amount.

The major reasons for the vulnerability of cryptocurrencies are the anonymity and decentralised structure of transactions, which allow money launderers to enter their ill-gotten money into the financial system. In the absence of measures like anti-money laundering screening, the crypto sector is heading towards a high-risk spot. Crypto firms are not only risking their reputation by allowing transactions without any kind of checks, but can also face sanctions, penalties in the form of fines, and even bans.

The most prominent cryptocurrency of them all, Bitcoin, is also the most popular among financial criminals. Bitcoin is the first choice of money launderers as it’s the most stable in terms of market capitalisation and provides the best value in the form of legitimate money. Money launderers use a variety of methods to launder money through Bitcoin, including transactions through unlicensed exchanges with no Know Your Customer (KYC) checks or crypto ATMs. Other methods include crypto tumblers that are used to divide the money and stash it into different accounts by various transfers in order to obscure the origin of the funds. In addition to that, crypto transactions are made through peer-to-peer accounts that can move digital currency between crypto wallets.

As a record of every Bitcoin transaction is stored on its blockchain as an address, there are sophisticated tracing tools that can be used to identify and expose these activities. Financial watchdogs and law enforcement authorities have claimed and proved that they can reveal money laundering schemes through Bitcoin, such as an attempt to get away with a crypto theft worth $5 billion. That being said, Bitcoin is just one of the thousands of cryptocurrencies currently running. Although its high liquidity makes it a money launderer’s favourite, there are instances where other cryptocurrencies are used to hide ill-gotten funds. With developments in digital assets, money launderers have even moved to DeFi tokens, NFTs and art in their attempts to legitimise their dirty money.

Numerous global regulators have launched initiatives to bring crypto firms under the same umbrella of regulations as banks and other financial institutions. The implementation of these regulations, however, varies from region to region. Some areas and jurisdictions have clearly defined the legal requirement for crypto operations, while others have just issued guidelines to the overall crypto sector. There are also different takes on crypto regulations in different regions within the same countries. As if this wasn’t enough, there are constant ongoing developments in the technology behind digital assets, which keep updating the system. In the worst-case scenario, criminals take advantage of the vulnerabilities of a new change and come up with techniques of their own to manipulate the system.

At the end of March this year, a committee at the EU Parliament passed a provision that requires Virtual Asset Service Providers (VASPs) to carry out identity verification of clients for any transaction using a crypto wallet. Similarly, in the US, Senator Warren has proposed an AML legislation that will

“make it easier to verify the identities of customers and transfers to private crypto wallets by requiring financial institutions to keep detailed records and submit reports to the Treasury Department.” Although these proposed regulations are not yet made part of the law, they have demonstrated the interest of the respective governments in implementing checks on the crypto industry.

How Crypto Firms Can Comply with Regulations

Instead of waiting for defined rules and regulations for cryptocurrencies, the industry can also take preventive actions of its own to curb money laundering. By incorporating robust AML Screening solutions, crypto firms can actively protect their customer’s accounts from financial crime. Moreover, crypto exchanges can avoid stains on their reputation and establish trust by minimizing the cases of money laundering. The Financial Action Task Force (FATF) listed a number of suspicious activities that crypto firms need to monitor in its report on Virtual Assets Red Flag Indicators.

Crypto firms are urged to implement measures including customer due diligence to have better oversight of digital currency transactions. Moreover, when crypto exchanges and other firms join together in the form of a coalition, they can better observe the trends and assist lawmakers in developing rigid regulations. They can also utilise emerging technological solutions to improve the internal processes and close down the loopholes that let fraudsters in.

To eliminate fraudulent entities and financial criminals from their system, crypto firms need to have sufficient measures to verify their client’s identities and monitor their transactions. Wherever the crypto firm is located or conducts its operations, KYC/AML compliance can bring quite a lot of benefits from risk analysis to compliance. The process begins with identity verification, where the legitimacy of the customer is checked during onboarding. Followed by this, crypto firms that have robust AML screening measures in place can verify the customers’ presence in sanctions lists and links to financial crime.

Shufti Pro’s robust AML screening involves the verification of an end-user by screening them against watch lists compiled by regulatory authorities such as the FATF, EU, FINTRAC, AUSTRAC, and others. It involves authenticating the user information against 1700+ watchlists, global sanctions, and Politically Exposed Person (PEP) lists in less than a second with 98.67% accuracy. As a result, fraudulent customers are detected and compliance targets are easily met.

Want to learn more about AML compliance for crypto firms?