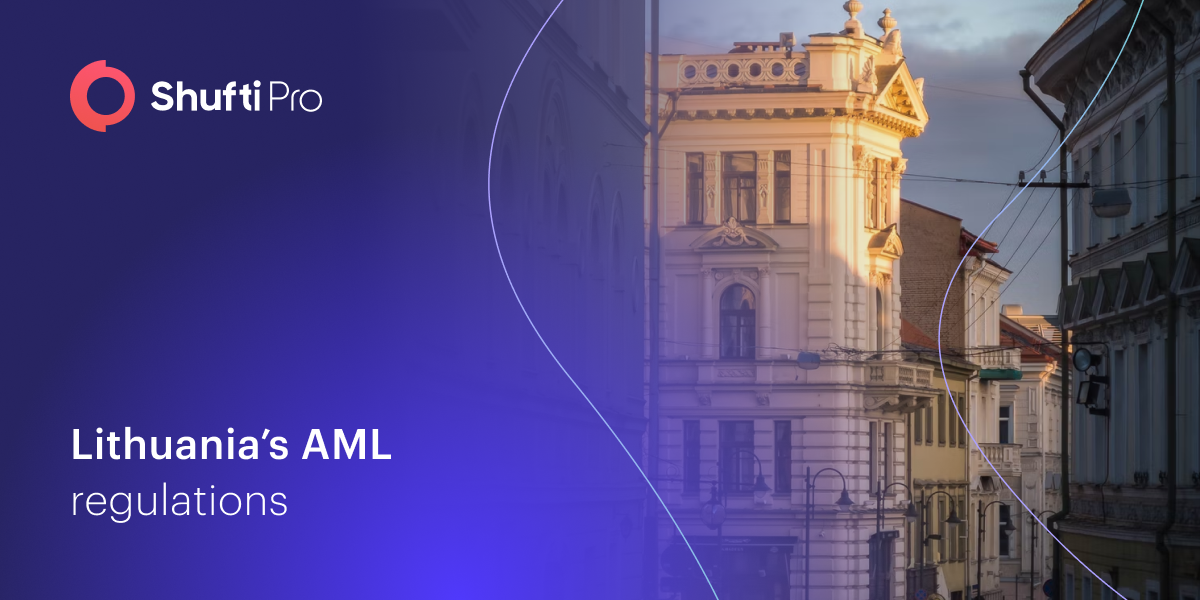 Emerging FinTech firms around the world spend almost one-third of their overall budgets on developing effective AML compliance procedures. This accounts for millions of Euros spent by the global FinTech sector that is expected to grow to a market value of EUR 191.8 billion by 2025.

Following Brexit, FinTech firms in Europe began to look for ways to link up with other nations in the EU. Lithuania was one such country that replaced the UK as an attractive place to establish FinTech firms. After the Bank of Lithuania enhanced the licensing processes for e-money and online payments, the country became Europe’s FinTech hub by the number of licensed firms.

The Emergence of FinTech Firms in Lithuania

In October 2020, Lithuania’s government approved the development of the Center of Excellence in Anti-Money Laundering. The first of its kind public-private joint project successfully started work to tighten the money laundering controls and combat terrorist financing at Lithuania’s Bank.

As a result, the Lithuanian government has significantly ramped up the AML measures taken by organizations in the public and financial sectors. The efforts represent a strong front against financial crime in the European FinTech hub.

The Bank of Lithuania eased down the licensing regime for FinTech firms, allowing them to obtain licenses within 3 months. Not only that but FinTech firms are also allowed to issue their own IBANs and have full access to SEPA via CENTROlink, a payment system overseen by the Bank of Lithuania. Thanks to the improved systems, Lithuania holds a spot in the top 10 Global FinTech ranking and is home to more or less three hundred FinTech firms.

FinTech firms are also required to provide proof that their equity capital does not go below the amount stated in Article 22(2) for EMI or Article 14(2) for PI of the Republic of Lithuania Law on Electronic Money and Electronic Money Institutions. The initial capital requirement for EMIs is EUR 350,000.

According to the US State Department’s International Narcotics Control Strategy Report (INCSR), Lithuania is a country with adequate AML measures. That being said, its border with Russia means that its also an ideal place for smuggling, money laundering, and tax evasion. One of the most common illegal activities reported in Lithuania is Value-added-tax (VAT) fraud, which is normally associated with financial crimes like VAT spending, capital smuggling, and unauthorized alcohol sales.

These include virtual currency exchanges, e-wallets, auditors, accountants and tax advisors, gaming companies, and art dealers. Even those e-money and payment platforms that have their headquarters outside Lithuania but are operating in the country are obliged to follow the AML regulations. Recently, the Lithuanian Ministry of Finance announced the approval of the government-proposed draft law for the “Prevention of Money Laundering and Terrorist Financing.”

Proposals in the law include requirements for identity verification and imposing bans on anonymous bank accounts. The approval also places the new obligatory measures on digital currency exchanges. This includes having the minimum capital amount of no less than 125,000 euros i.e $130877.

Lithuania’s Finance Minister, Gintarė Skaistė stated: “The proposed changes will ensure greater transparency and higher quality standards in the sector, contributing to the sustainable integration of the cryptographic asset segment into the country’s wider Fintech ecosystem.”

All FinTech firms that fall under the Lithuanian AML law must conduct customer due diligence and implement a risk-based approach to eliminate financial crimes. They must also carry out enhanced due diligence for high-risk customers. All financial firms are encouraged to incorporate internal checks and adhere to the requirements for in-person and online identity verification.

The Draft Guidelines of the Bank of Lithuania also oblige regulated FinTech firms to arrange AML training sessions for their employees. Businesses need to pay careful attention to transactions exceeding the threshold limit when they are performing customer due diligence and ongoing transaction monitoring. Suspicious activities that need to be reported to the authorities include transactions with unusual patterns and links with PEPs (Politically exposed persons).

In case of detecting a suspicious transaction, the Lithuanian AML law requires FinTech firms to suspend the transaction and report it to the FCIS and to the Lithuanian Bar Association within three working hours. They must also conduct ongoing transaction monitoring when they establish business relationships with customers having past records of suspicious activity.

Shufti Pro’s state-of-the-art AML screening solution is powered by thousands of AI models along with all the essential features that can help FinTech firms stay compliant with the regulatory obligations. By incorporating the robust AML screening solution, FinTechs can easily detect and report suspicious activities. Banks opting for robust ID verification services can reduce the risks of getting sanctioned or getting penalized with hefty fines.