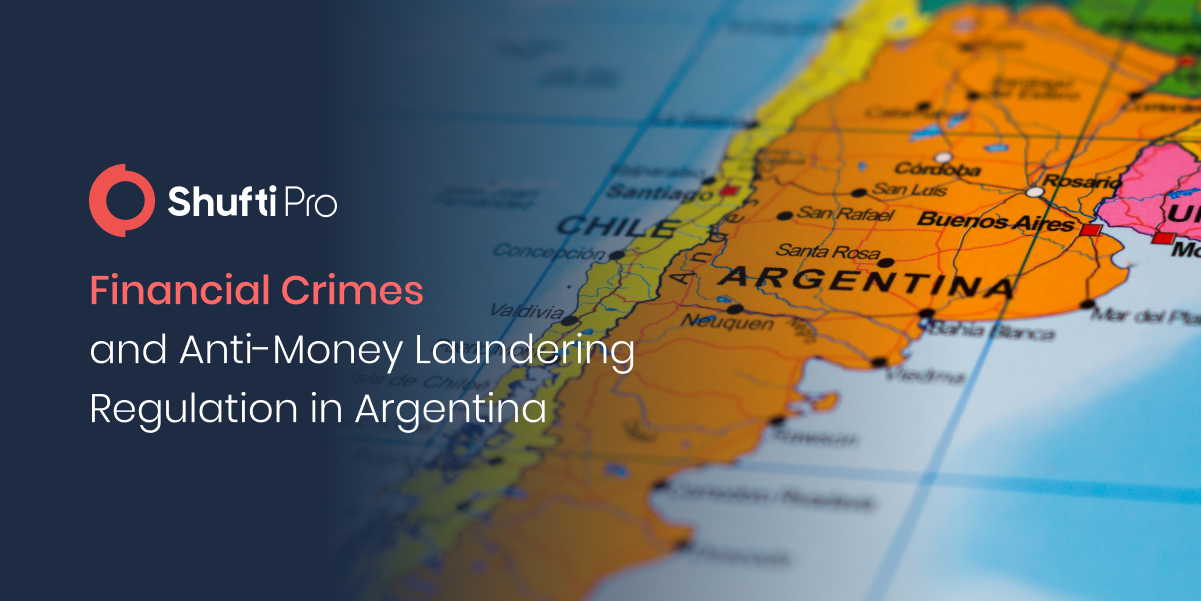 Argentina has faced many significant challenges due to its geographical location, including the flow of black money from drug trafficking to corruption. Political and public corruption continued to become the critical source of money laundering, including the domestically generated proceeds of crimes originating from Venezuela. Additionally, the Tri-Border Area (TBA), which links Argentina with Paraguay and Brazil, is considered one of the most critical points for trillion dollars in money laundering, terrorist financing, drug trafficking, and various other financial crimes. Moreover, financial watchdogs have also suspected various TBA’s money laundering businesses of having links with Hizballah, which is an organised crime group.

Therefore, in past years, the country has made prominent changes in its anti-money laundering and counter-terrorist financing regulations. Many significant enhancements were made and many new laws were legislated. However, Argentina is among the 39 FATF member countries. According to the FATF’s review in 2010, the country is continuously working to improve their AML control systems to meet requirements. However, in 2014 another report was published in which the regulatory body stated that Argentina managed to meet its requirements.

Insight into the Financial Sector of Argentina

Argentina’s Financial sector is very small as compared to the jurisdiction at the same level of development. However, Banks and the Sustainability Guarantee Fund (FGS) dominate the country’s financial sector, while the Nonbank Financial Institutions (NBFIs), insurance companies and mutual funds play a less significant role. Thus, developing confidence and trustworthiness in macroeconomics is considered essential to enhancing financial markets.

Additionally, the continuous high inflation and a sharp widening of the spread between the official exchange rates and the public rates in recent months has put the private sector in an uncertain direction, which is making it quite hard for authorities to assess financial risks in the country. Furthermore, the government initiatives to broaden the role in the allocation of funds will also be more likely to increase the distortions and may decrease the chance of developing confidence in the financial sector.

The banking sector also appears adaptable to an emerging range of shocks, reflecting liquidity buffers, a strong grip over their assets and large capital. This effort shows the recovery in the financial firm’s profitability over the recent years resulting from strong service income to sizable financial margins. Additionally, a stress test has also been conducted that showed that the banks are capable of resisting any kind of changes, yet are prone to credit and concentration risk. Nonetheless, banks also do experience heaps of challenges. The emergence of new regulatory obligations, particularly the ability to develop risk assessment systems, will be at some level complex and can create uncertainties about measuring the critical economic variables.

Therefore, Banco Central de la República Argentina (BCRA) can take competitive benefits of the Basel framework to agree on a capitalizing plan for banks, which will enable them to adopt a risk-focused approach to dividend payments. Furthermore, the recent programs required by the BCRA, if retained and extended, will surely put the banking sector under stress.

Argentina has been losing fights with money launderers and organised crime groups. The increasing number of cases is badly impacting the country’s economy and most of all. It has been affecting the justice system making it incapable to put criminals behind the bars. Additionally, despite the fact that the number of drugs seized by the law enforcement authorities grows every year, along with arresting corrupt entities, the lack of anti-money laundering and know your customer regulations and inefficiencies of the government departments are allowing money launderers and terrorist groups to continue their illicit activities. Since 2006, the Financial Information Unit has filed 837 reports regarding financial crimes and suspicious activities.

The Financial Information Unit (UIF) is a regulatory body that works within the National Department of Finance, that is accountable for analysing and transitioning the information in order to prevent money laundering and terrorist financing in the country. However, the financial watchdog is also responsible for whether the banks, insurance companies, and non-financial businesses are compliant with the regulation and if in case of being non-compliant they also have the right to enforce laws and regulations.

The businesses are also obliged to make efforts to determine and report suspicious activities and money laundering cases to the UIF. If the financial watchdog decides that the report is valid and considers it a crime, then the businesses can file a case against such entities.

The UIF has also the power of requesting reports, background screening information and documents from the banks and other businesses if they become flagged as being involved in money laundering or assisting criminals to use Argentina’s legal financial systems to launder their illicit earnings. Additionally, the financial watchdog is also capable of directly reaching the Attorney General’s Office to get orders to suspend suspicious activities or transactions, freeze illegal assets and seize critical documents that can be used to investigate the proceeds of money laundering and terrorist financing.

Furthermore, the Central Bank of the Republic of Argentina (BCRA) and the National Securities Commission (CNV) also hold a minimum level of authority to enforce anti-money laundering regulations. Aside from the FIU, BCRA is among the most significant bodies in the country that is working to enhance the AML and CFT  regulations. Under the light of Law 25.246, the authority has taken critical initiatives to make the in house controls more rigid and keeps an eye over the banking sector whether they are compliant or not.

Despite the challenges the government departments and financial regulators have faced, Argentina has successfully made significant progress in strengthening the anti-money laundering and counter-terrorist financing framework. In this regard, the government has also developed a separate department known as National Committee for Combating Money Laundering and Terrorist Financing to govern Argentina’s money laundering and terrorist financing approaches, including forming national risk assessments (NRAs).

According to the anti-money laundering and counter-terrorist financing regulations, its regulatory obligation as well as the social responsibility of financial institutions and other businesses to stay put with laws. In addition to this, they can also make additional efforts to help regulatory authorities to curb money laundering and terrorist financing activities in the country.

However, in case any business or individual entity is found non-compliant with the regulation, and is suspected to be involved in carrying out money laundering or terrorist financing can face imprisonment of two to ten years and a fine of two to tens times the amount of the illicit transaction made to launder money. Additionally, if the bogus transaction doesn’t exceed the threshold of AR$300,00, the fine and imprisonment may get reduced by the court.

Shufti Pro’s all-in-all AML screening service is powered by thousands of AI models along with all essential features that can help financial businesses to stay put with the regulatory obligations while ensuring that suspicious activities never get undetected. Banks opting for robust ID verification services can reduce the risk of getting sanctioned or experiencing hefty fines for being non-compliant.