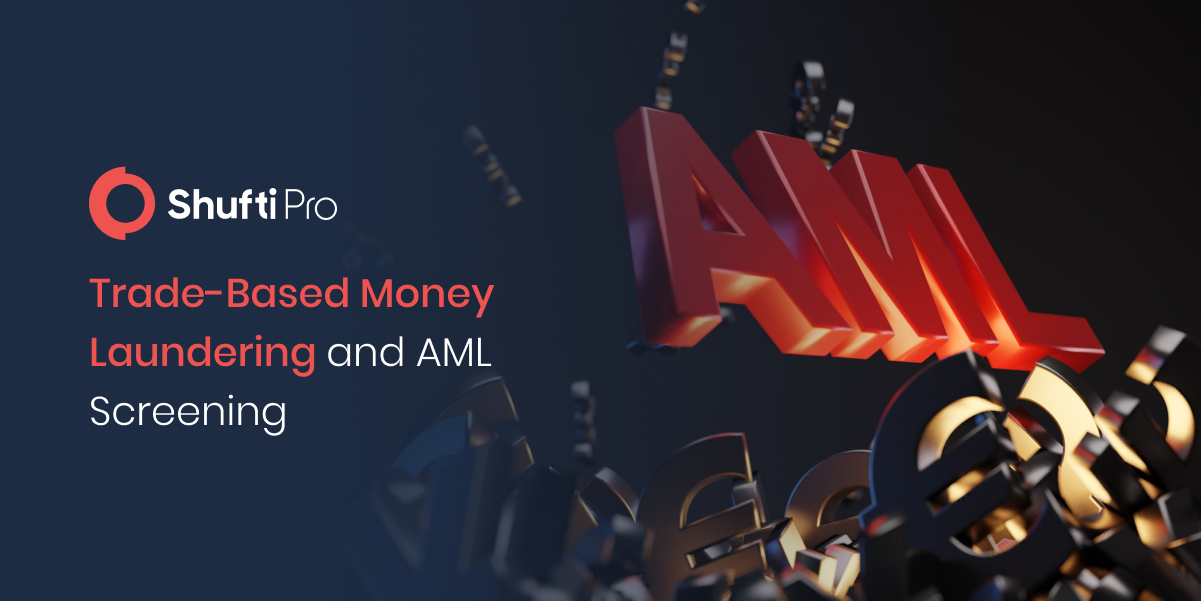 The crime involved in trading is as old as human history. Where there is trade there is money involved, and so do the criminal activities. Thus, it’s quite possible to launder the illicit gains from criminal proceedings by transferring them to the pool. However, the first long-distance trade was started about 150,000 ago and it was the earliest period of the history of changing goods.  Since then the trading activities have been widespread across geographies. Later on, trading moved toward the commercial side opening the ways for criminals to make high profits. Thus, trade has become a great place for hiding black money, however, it’s not only an essential place for money laundering. Therefore, Trade-Based Money Laundering (TBML) has become a growing risk, as legit transactions are manipulated by organized crime groups to route illicit funds or finance terrorist organizations.

Trade-based money laundering is making transactions through trade to avoid the financial transparency regulations. In this method of laundering money, criminals falsify trading documents and alter the pricing to get advantages. This makes a viable option for money laundering and is also quite hard to trace. However, according to the estimates, around $2 trillion of the annual $20 trillion in global trade is black money that is being laundered. This crime comes under the branch of custom fraud that can be carried out anywhere across the globe. However, the laundered money is often routed through countries having weak financial regulatory systems.

However, as the trade industry is growing and the crimes are increasing, the sector has gained regulatory attention. Recently, two studies were published by the US government that have provided a more detailed analysis of the trade-based money laundering crisis. The US Government Accountability Office (GAO) published the study entitled “Countering Illicit Finance and Trade: U.S. Efforts to Combat Trade-Based Money Laundering”.  In this, TBML was identified as one of the most used as well as a most complex way of laundering money which makes it challenging for regulatory bodies to detect such activities.

Criminal organizations including organised criminal groups, professional money launderers and terrorist financing networks use trade-based money laundering to conceal the source of criminal proceeds by integrating the black money into the legit trade system i.e formal economy through manipulating trade transactions. In addition to this, the study also revealed that the criminals are also involved in trade-based criminal activities including trafficking illegal goods, tax evasion and customs fraud. Furthermore,  the US Department of the Treasury notes that trade could be complex, reflecting the type of interconnected supply chains stretching across the world. In addition to this, trade is also highly adaptive, paving new opportunities for criminals to exploit and use the legit trading systems as well as financial firms to launder black money, finance terrorism, and evade sanctions.

In another criminal scheme, LCB also facilitated wire transfers to US banks to purchase used vehicles in the States. The cars were then shipped to the countries in West Africa and other nearby countries, and the profits gained from the car sales were laundered to Lebanon through bulk cash deposits among conspiring exchange houses. In addition to these schemes, many other cases were reported in which the LCB was involved facilitating money launderers. Thus, Lebanon’s financial authority and central bank, the Banque Du Liban, cancelled the LCB’s operational licence and the assets were sold by the shareholders to the Lebanese Societé Generale de Banque au Liban.

According to international and US reports, the owners of the Los Angeles-based toy wholesale Woody Toys, Inc. received millions of dollars in cash sourced from Mexican and Colombian drug trafficking and were laundered in Black Market Peso Exchange (BMPE) scheme. However, according to the reports, the cash was directly integrated into the company’s bank account in small deposits from several locations that were intently kept under $10,000 to avoid regulatory reporting requirements. Furthermore, Woody Toys used the cash to buy toys from China, which were then exported to Colombia. Thus, the Colombian pesos generated by the sold toys were used to refund the local drug traffickers through the BMPE scheme. However, the investigation was successful due to the information-sharing between US and Colombia on trade data through Trade Transparency Units (TTUs) developed by both countries.

To counter trade-based money laundering activities, financial institutions and other businesses need to enhance their know your customer (KYC) and Anti-money laundering (AML) systems. However, due to the complexity of determining trade-based financial crimes, many businesses find it hard to improve their AML solutions appropriately. In addition to this, the organised crime groups often integrate the black money into legit trading activities that are widespread across the companies and countries, further adding an extra layer of difficulty for businesses to determine the TBML activities.

To reduce the difficulty factor in determining the TBML, businesses need to look beyond their own AML in-house controls and collaborate with other firms including government agencies and financial regulatory authorities. Thus, businesses need to share information for the following reasons;

The international regulatory bodies, including the Financial Action Task Force (FATF), have published guidance and advice to assist financial firms and other businesses to determine and address trade-based money laundering. The FATF’s Trade-Based Money Laundering best guidance focuses on raising the awareness of the need for the trade finance AML regulations and educating the financial institution’s high authorities  to determine TBML vulnerabilities  as well as enhancing AML controls

As trade-based money laundering and other financial crimes are increasing immensely, there is a dire need for robust anti-money laundering screening solutions along with regulations that can help businesses to identify and deter the risk of money laundering before it happens.

Shufti Pro’s state-of-the-art anti-money laundering screening services are ideal solutions for financial service businesses that can assist them to stay put with the ever-evolving AML regulation regime while screening customers against 1700+ global financial watchlists with 98.67% accuracy in less than a second.