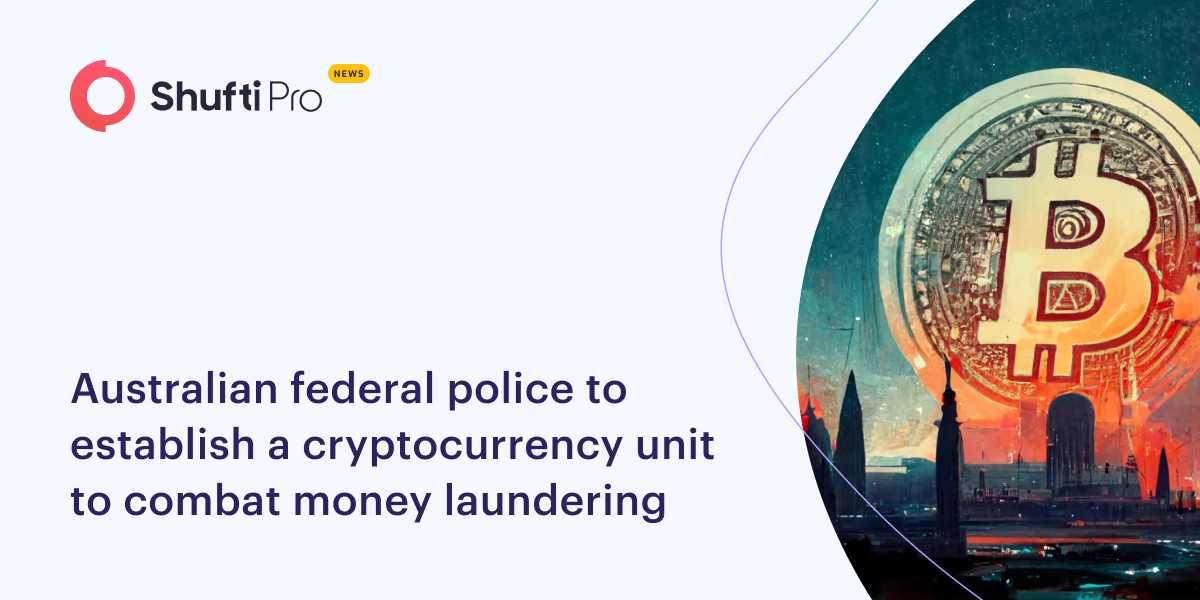 AFP rolled out a dedicated crypto unit to combat monetary scams by fraudsters. According to AFP, CACT seized over AU$600 million through illegal funds and property, including a part of cryptocurrency as well.

On Monday, Australian Financial Review (AFR) reported that AFP established a cryptocurrency unit for tackling money laundering. The Head of the new unit, Stefan Jerga, stated that cryptocurrency-related crimes had increased significantly in two years. Now, a standalone team to combat this issue is required to prevent monetary fraud in the coming times.

Australian lawmakers and agencies are focusing on cryptocurrency to control financial crimes. The Australian treasury announced a multi-step plan for maintaining crypto regulatory protocols. The framework has been set with thorough regulatory measures, allowing government officials to understand the Australian crypto market.

According to AFP Commissioner Reece Kershaw, when cryptocurrency seizure was less than cash and property, a keen focus on crypto came up with benefits via great intelligence awareness for the business models of organized crime.

AFP announced that the Criminal Assets Confiscation Taskforce (CACT) had seized over AU$600 million ($408 million) through illegal funds and property. With AU$35 million ($23.8 million) in works of art, cryptocurrency and vehicles since 2020, there’s been a great mess in illicit sources. Confiscation became a crucial concern for CACT with a huge target to seize by 2024; it’s going two years ahead of schedule.

Global policymakers pointed out the use of cryptocurrency by cybercriminals and considered the need for regulatory measures as well as bans on digital assets. Last month, the Ethereum mixing service Tornado Cash was added by the U.S. Treasury Department to its Specially Designated Nationals list, referring to its use in financial crimes by cybercriminal groups. In June, The U.S. Department of Justice required federal agencies to share valuable information regarding criminals’ use of cryptocurrency in white-collar crimes with foreign law enforcement agencies.