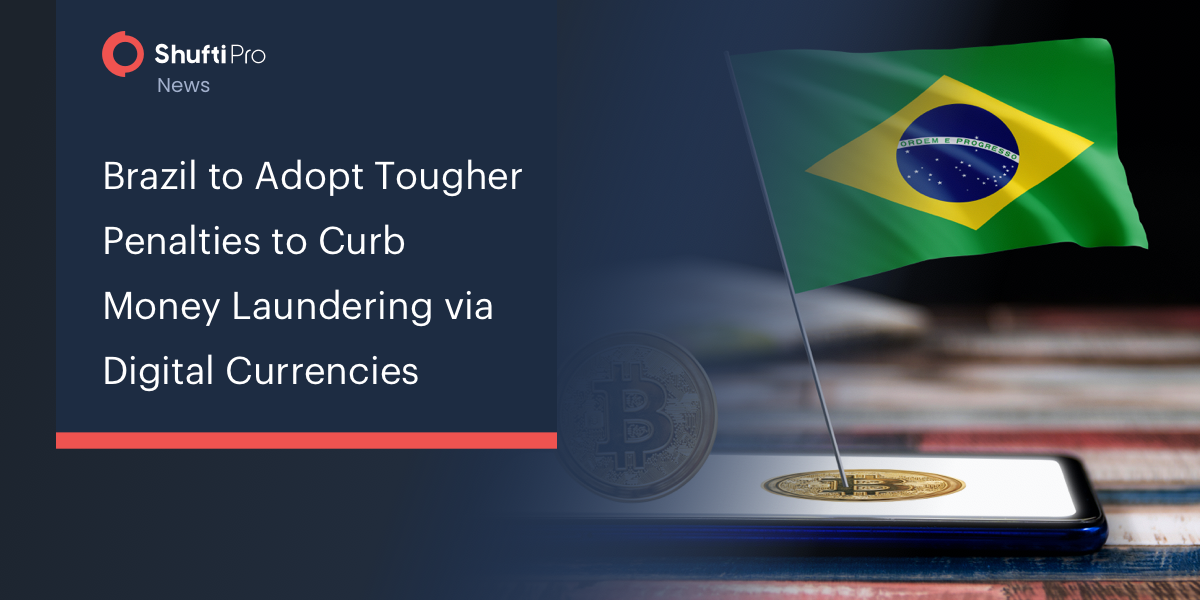 The fine for digital currency money laundering in Brazil is set to be raised to two-thirds of the laundered amount.

The Chamber of Deputies in Brazil has issued an amendment to the country’s financial law in order to impose strict penalties on money launderers that turn to digital currencies.

If the proposed bill is accepted by the parliament, money launderers that exploit digital currencies would be facing longer prison sentences along with higher amounts of fines. The proposed bill doubles the monetary penalty and prescribes a maximum jail time of 16 years for convicted offenders.

Money laundering through digital currencies has become a major area of concern for numerous governments, with some like China arresting over 1,000 this year for it, while others like the UK made their biggest seizures earlier this year.

A special committee in the chamber proposed Bill 2303/15 which suggests raising the fine for digital currency money laundering to two-thirds of the laundered amount. Additionally, it advises to raise the maximum jail time to 16 years and eight months for convicted offenders, and the minimum sentence to four years. Previously, these sentences stood at 10 years and three years, respectively.

Federal Deputy Aureo Ribeiro commented that the Chamber of Deputies has proposed the bill in favour of public interest. In Brazil, over 300,000 people have been scammed in digital currency-related pyramid schemes, he alleged.

Bitcoin Banco Group was involved in the largest of these scams, where the company’s leader was arrested in July 2021 over allegations of laundering $300 million in BTC. Known as the ‘Bitcoin King,’ the suspect claimed that his company had been hacked and lost 7,000 BTC, but failed to offer tangible proof.

“With the lack of regulation, people have nowhere to turn. The market will advance and adjust in Brazil. There will no longer be profiteers using technology to deceive millions of Brazilians,” Riberio said.