40 Surprising Facts and Statistics About Money Laundering
Skip to content 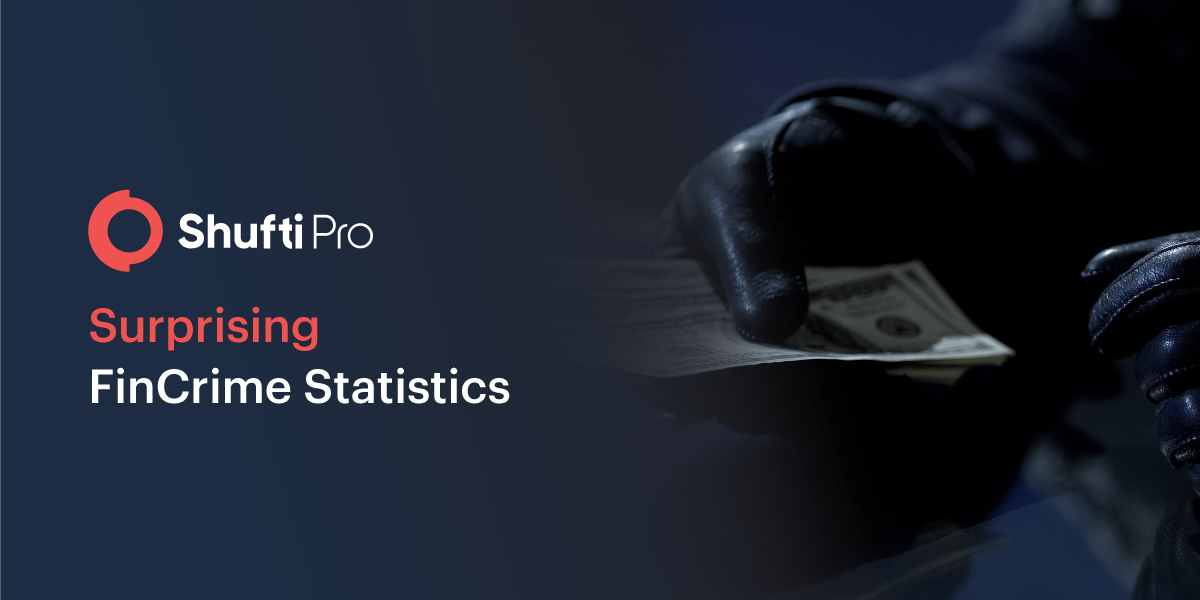 Combatting money laundering is one of the top-tier challenges when it comes to the regulatory regime. Although Anti-Money Laundering (AML) regulations are becoming rigid over time, criminals are somehow managing to disrupt the system with their illicit activities. Identity verification, background checks and ongoing transaction monitoring are some recommendations by the Financial Action Task Force (FATF) which are enabling thousands of organisations to fight FinCrime. Nonetheless, terror financing and money laundering persist. Here are the top 40 money laundering and terror financing statistics that will surprise you.

What is AML/CFT Compliance?

AML/CFT compliance, short for anti-money laundering and countering the financing of terrorism, refers to the process of screening customers and businesses against global watchlists like PEPs during onboarding. This allows companies to identify the level of risk a customer poses to the business and avoid onboarding high-risk entities.

FinCrime – An Overview of the Global Picture

Financial Crime Facts and Figures [Regions with Most Cases]

Last year, former chairman of a Spanish Bank, Jamie Botin was fined EUR 52 million for laundering money through a Pablo Picasso painting. The guilty was sentenced to 18 years of imprisonment. The investigation further revealed that Botin had possession of the painting for a long time to conceal the origin of money.

Suggested Read: Art Market in the Frame of Money Laundering

Considering the rapid increase in money laundering and terror financing activities in UAE, regulatory bodies of the region have teamed up to imposed stringent AML/CFT policies. In June 2021, targeted financial sanctions guidelines have been put forward by the Central Bank of UAE (CBUAE). In the same month, guidance for licenced financial institutions was also issued.

Goldman Sachs Bank ranked number 1 for violating anti-money laundering laws last year. Fines on US banks totalled for €9.39 billion out of which €3.03 billion was paid by Goldman Sachs alone.

It Narrows Down to…

Despite the rigid AML regulations being enforced in all corners of the world, money laundering and terror financing continue to be a problem. The global FinCrime numbers are soaring sky high but controlling these activities is possible if organisations employ AI-backed anti-money laundering (AML) solutions. Shufti Pro’s state of the art anti-money laundering screening solutions verify identities of individuals against 1700+ watchlists including sanctions and PEPs. in less than 30 seconds, businesses can onboard legitimate customers.

Want to know more about Shufti Pro’s AML solution? Get in touch with the experts.