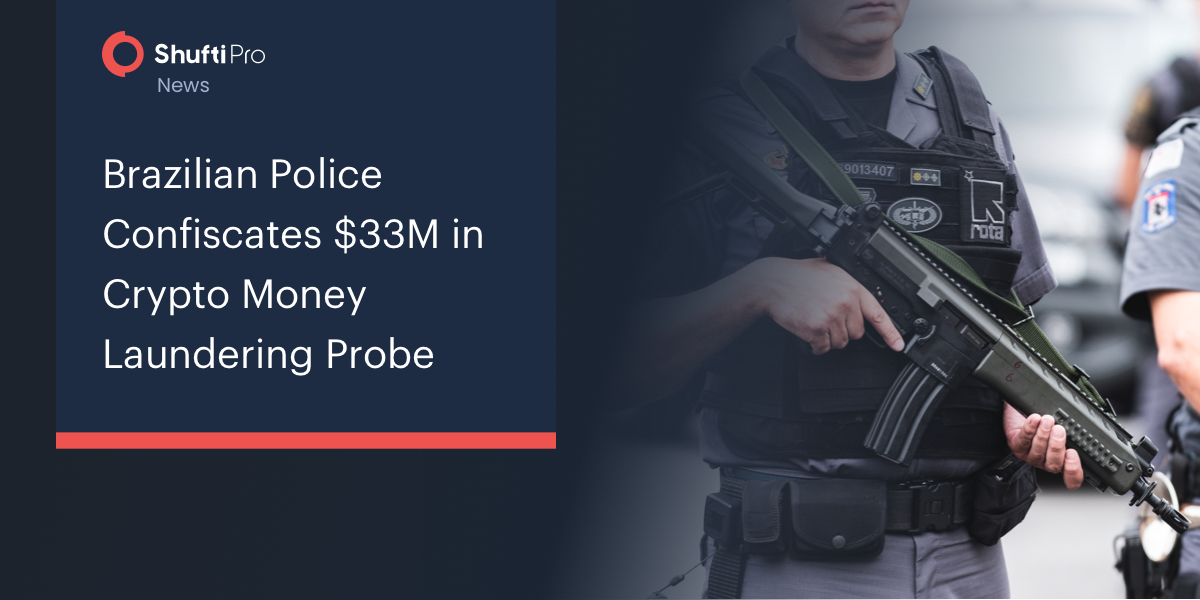 Brazilian authorities have seized R$172 million from an investigation carried out into money laundering that occurred through crypto exchanges.

An operation that goes by the name “Exchange” took place in São Paulo and Diadema where Brazilian police executed six search warrants. As a result, the Brazilian judiciary froze accounts and seized assets from two individuals and 17 companies. The official statement from the authority did not mention the names.

The investigation revealed that crypto exchanges acquired and sold bitcoins to fake companies for the purpose of facilitating their creators’ access to the banking system.

In a time span of five months, six fraudulent companies were used to transact $1.93 million from one of the exchanges, while eight other bogus companies transacted $2.9 million in crypto within the same period, stated the police.

The exchanges failed to verify the validity of the entities they were dealing with and their transactions. The exchanges have also been found to be deliberately operating on behalf of criminal organizations responsible for laundering money through cryptocurrencies.

Another day, another #crypto SCAM. This time, #Brazil police successfully stopped $33M USD from being laundered through crypto. Cryptos continue to prove that they are the fraudsters speculative asset of choice.https://t.co/Mkhnp04X4S

The police announced that funds were being transferred to offshore companies that subsequently sent back the money, representing it as sales or service-provision transactions.

Further investigation indicated the companies conducted large transactions among themselves and then route the money to intermediaries who were responsible for the acquisition of digital assets and the delivery of a hash code to their clients, sources reveal.