Dirty Funds & Tax Evasion - Can the Crypto Sector Be Safeguarded?
Skip to content 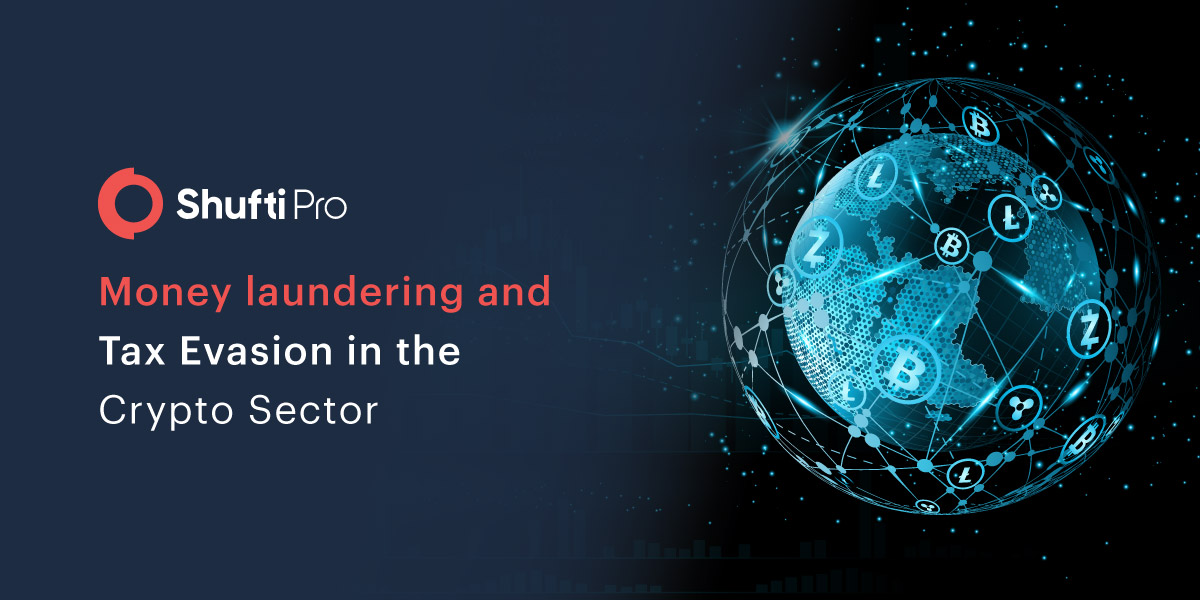 Dirty Funds & Tax Evasion – Can the Crypto Sector Be Safeguarded?

2021 has turned out to be another eventful year for the cryptocurrency sector. In just a span of five months, Dogecoin, the meme currency, witnessed price spikes, PayPal allowed its users to make purchases through cryptocurrency, and Elon Musk backtracked on his statement by suspending Bitcoin Payments for Tesla cars. On top of this volatility, the world’s largest crypto exchange Binance is under speculation by regulatory authorities over fraud concerns. With tax evasion and money laundering becoming a common occurrence in this industry, it is only fair to be aware of the emerging crypto scams and their counter mechanisms.

Scammers Are Benefitting From The Crypto Boom

As an alternative to traditional fiat money, cryptocurrency is gradually evolving to become a stable financial structure. The booming industry is forecasted to be worth USD 39.7 billion by 2025, up from USD 3 billion in 2020.

However, with tech giants such as Google, Microsoft, and IBM exploring blockchain technologies to streamline business processes, it was only a matter of time until scammers found their way in.

Cases such as Ponzi schemes, money laundering, and tax evasion are still very much in existence.

Considering this, let’s dive deeper into some crypto crimes that surfaced in recent years.

Binance is Under Regulatory Scrutiny Yet Again

Binance Holdings Ltd., the world’s largest crypto exchange, is currently being probed by the U.S. Department of Justice (DOJ) and IRS (Internal Revenue Service). Regulatory authorities have reason to believe the cryptocurrency exchange is involved in illicit money laundering and tax evasion schemes.

While the exchange has denied such claims, Binance has been facing such allegations for some considerable time. To back this with stats, a Chainanalysis report revealed that Binance posed as the hotspot for illicit cryptocurrency trades in 2019 and well into 2020.

Although Binance is banned from the U.S. as its securities are unregistered with the Commodity Futures Trading Commission, Bloomberg revealed that the exchange advises Americans to use VPNs to hide their location when accessing the platform. Because of this, regulators are also enquiring whether Binance allowed U.S. citizens to deal with illegal trades, according to Bloomberg sources

Social Engineering Attacks are Taking Over

A Phishing scam refers to a social engineering attack in which scammers attempt to steal another person’s data, such as their account credentials or credit card details. Often, the perpetrators act as legitimate entities to lure victims in.

This is exactly what happened in the U.S. in September 2020, where the US Department of Justice charged two Russians for carrying out a multi-year phishing scam against the customers of three crypto exchanges. The users of Binance, Poloniex, and Gemini suffered losses worth approximately USD 17 million.

In March 2020, a scammer hacked 30+ YouTube accounts and renamed them as verified Microsoft brands to execute a Bill Gates-themed Ponzi scheme. During this, the hacker broadcasted a fake “crypto giveaway” and tricked users into transferring small sums of cryptocurrency to his account. As a result, numerous YouTube accounts were compromised and users that fell into the trap lost their funds for good.

The IRS Tax Crimes Handbook exhibits that tax evasion can be of two kinds: evasion of payment and evasion of assessment.

Evasion of assessment, the more common of the two, refers to when an individual intentionally attempts to overlook income for taxes, substantially underreports their financial gains, or exaggerates deductions to avoid tax. In evasion of payment, on the other hand, the tax assessment is made but the payer hides funds to avoid paying taxes.

A recent example here must be added that is representative of both of these evasions. John David McAfee, an antivirus software engineer was arrested in Spain on 6th October 2020 over charges of tax evasion. According to the U.S. DOJ, McAfee acquired millions in income from engaging with cryptocurrencies but failed to file tax returns. Additionally, he also concealed his luxury assets to evade the IRS.

On a global scale, tax evasion is regarded as a serious offense. When caught, evaders can face fines worth USD 100,000 (USD 500,000 for business firms) or risk being imprisoned for as much as five years.

Is There a Way Out?

For cryptocurrency exchanges that aim to keep fraudulent activities such as money laundering at bay while keeping a close eye on high-risk customers, AML (Anti-money Laundering) compliance might be a good start. The goal of the global AML regulations is to assist firms in detecting and reporting suspicious activities, including the likes of money laundering and terrorist financing.

To streamline this process, AI-powered AML screening solutions can be utilized. Such solutions have the ability to verify each customer that accesses the platform. Through a thorough background screening and ongoing transaction monitoring mechanism, risk-prone customers such as tax evaders can be detected and closely monitored. As a result of such transparent methods, fraud risk can be substantially minimized and trust can be further enhanced with the customers.