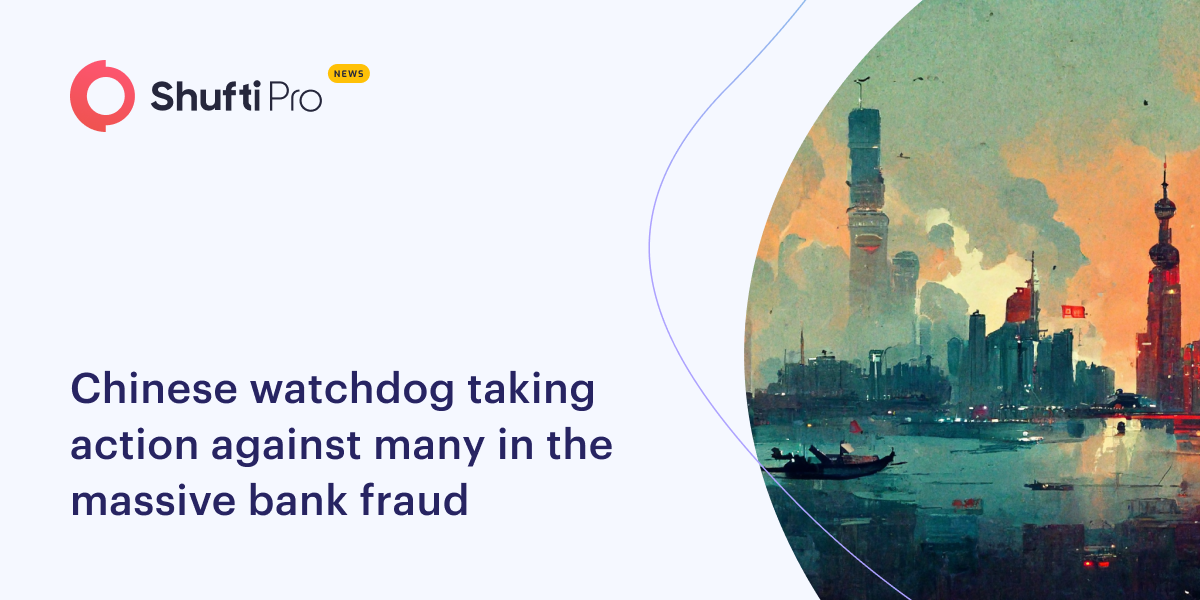 Chinese Watchdog Taking Action Against Many in the Massive Bank Fraud

The biggest bank fraud in China pushed the government to arrest hundreds of suspects. Regulators are repaying depositors and taking essential steps to maintain social stability.

China arrested multiple suspects allegedly involved in a huge bank fraud and started repaying the victims of the $5.8 billion scandal. Regulators have been offering the repayments to depositors since mid-April.

The regulators in Henan (the province of central China) promised to repay the ones who deposited between 400,000 and 500,000 yuan. As per the statement of local authorities, they are repaying more victims and 18 billion have been distributed as of mid-August. With the due reserved for now, people with more damage will get an initial sum of 500,000 yuan.

Police in Xuchang city, in Henan province, arrested 234 suspects and progressed significantly to recover the stolen amount. According to the police, a criminal gang under suspect Lv Yi controlled four rural banks offering high rates as 18% for attracting the funds that are approximately worth 40 billion yuan.

After getting disapproval for accessing their investments and deposits from the bank, numerous protesters started protesting in Henan earlier this year. The scam’s intensity dealt an  unprecedented blow to public confidence in the financial system of China. Banking system worth $52 trillion since 2019 had faced shaky insecurities by investors when the government snatched a bank’s control in Inner Mongolia.

Later this year, the Communist Party is preparing for its 20th congress, where President Xi Jinping will be expecting to secure an extraordinary third term. Social stability is a core concern as slow economic growth, booming property crisis and covid lockdowns are serious hurdles. At a Politburo meeting in late July, for maintaining financial markets’ stability and squashing hit on monetary crimes, regulators were compelled to take necessary protocols.

The rural lenders are not permitted to seek deposits out of the range of their local area, still the involved ones in the fraud advertised their despots online. It’s done through third-party platforms, hence creating a national issue for all. China has been endeavoring to sort out its rural banking system’s issues for years. To solve the problem and bail out the troubled financial institutions, the amount of worth 64.4 billion yuan as a stability fund was raised by Beijing.