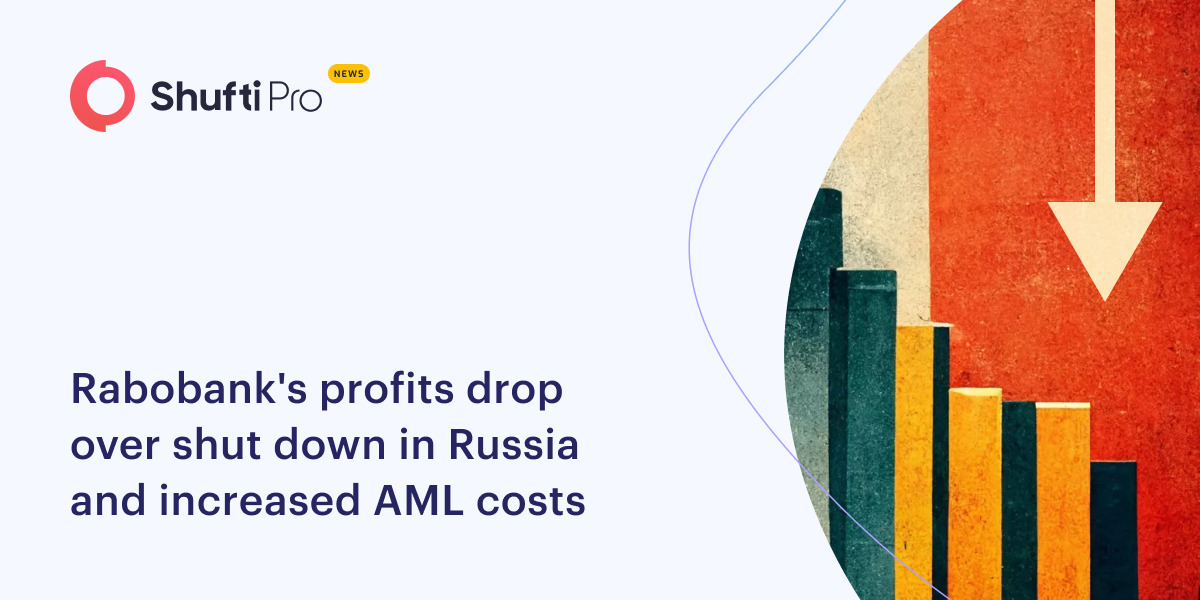 Dutch Cooperative Rabobank revealed that its profit plunged more than a quarter in the first half of 2022 due to withdrawal from Russia and the rising Anti Money Laundering operation costs.

Dutch cooperative Rabobank announced on Thursday that its first half of 2022 net profit dropped by more than a quarter due to its exit from Russia and the increased cost of anti-money laundering activities. One of the three major Dutch banks, Rabobank, recorded a net profit for the first half of the year of 1.57 billion euros ($1.61 billion), down from 2.16 billion the year before.

Due to the crisis in Ukraine, the lender decided in March to cease all of its operations in Russia, which resulted in total impairment costs of 42 million euros in the first half of the year.

At the beginning of this year, Rabobank’s entire exposure in Russia, where its subsidiary DLL was engaged in leasing machinery for the agricultural industry, was close to 400 million euros.

Despite growing interest rates, total income fell by 3% in the first half of 2022, while expenses increased by 5% as the bank had to increase staff to meet stricter requirements for customer due diligence. The Dutch central bank threatened Rabo with a fee late last year if it didn’t step up measures to stop money laundering through its accounts by the end of 2023.

On Thursday, the bank announced that it had requested an extension of this deadline because it was having trouble hiring enough personnel to meet the needs of the central bank.