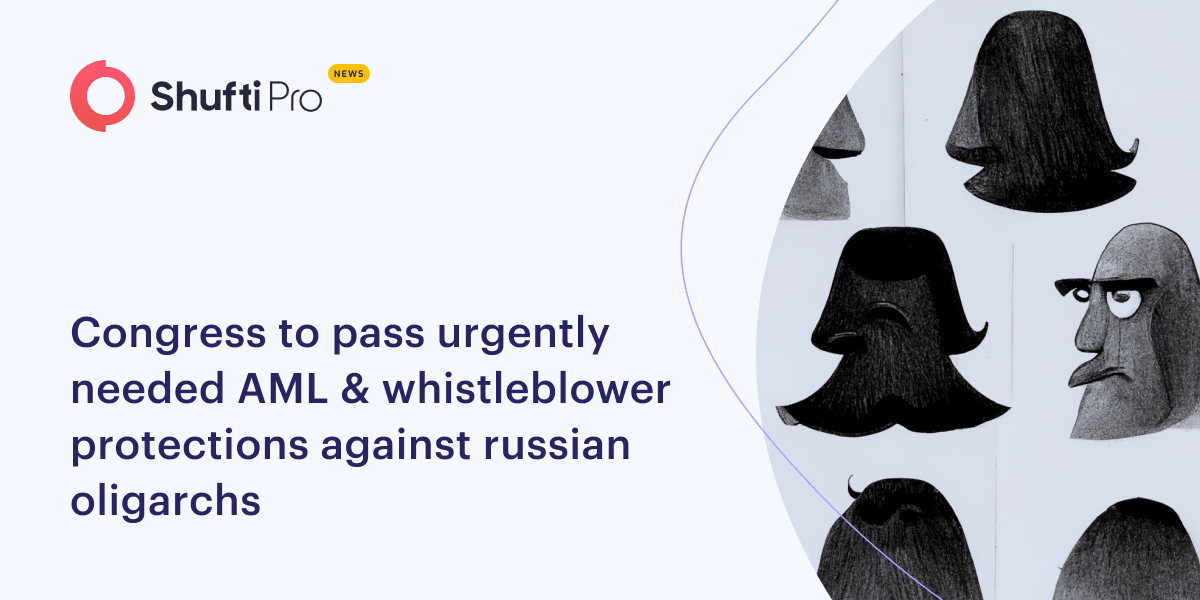 The bipartisan members of congress understand that the loopholes in the whistleblower laws that cover money laundering and sanctions must be amended in order to hold Russian oligarchs accountable.

A detailed investigation by Danske Bank confirmed that Russian millionaires and billionaires illegally used the bank’s offices in Estonia to perform transactions worth over $230 billion. A whistleblower who first reported the scandal was forced to resign from the job as reported by the Russian newspapers.

Money laundering sanctions were pending in the senate House H.R.7195, sponsored by Reps. Alma Adams (D-N.C.) and Anthony Gonzalez (R-Ohio) and S.3316, sponsored by Sens. Charles Grassley (R-Iowa), Raphael Warnock (D-Ga.), and Elizabeth Warren (D-Mass.). This will enable the department of treasury the ability to monitor the hundreds of billions of dollars that passed via the American banks.

The law enforcement officials who administer the AML programs widely praised the Dodd-Frank whistleblower laws, They recognize them as the most effective and powerful anti-corruption law in the US. The organization for Economic Cooperation and Development’s most recent independent assessment of American international corruption legislation praised the Dodd-Frank whistleblower protections for providing substantial incentives for qualified whistleblowers to reveal foreign bribery.

The effective elements of the Dodd-Frank were entirely on the basis of the legislation currently before Congress. With the use of these clauses, the whistleblowers who provide “Original Information” that leads to successful prosecutions would be encouraged and compensated.

The genius of these laws is that they cost the taxpayer nothing, and generate billions for the victims of crime and the taxpayers. This is done by setting up a “revolving fund” into which the fines collected received from the offenders in cases started by whistleblowers are put. All compensation received from these revolving funds, whether it is given to victims, informants, or taxpayers, is a direct result of the whistleblowers’ generation of penalties and sanctions.