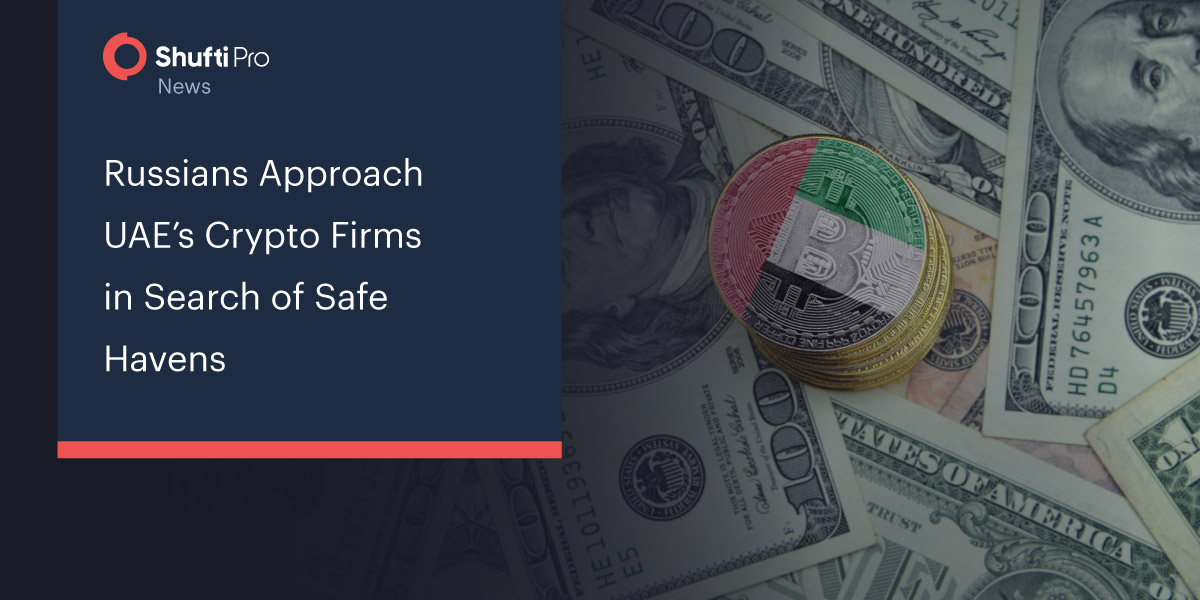 The UAE’s crypto firms and real estate sector are being used by Russians as safe havens to liquidate billions of dollars of virtual currency.

Some of the Russian clients are looking for real estate in the UAE to invest their cryptocurrency, while others are using the country’s crypto firms to convert their virtual assets into regular currency and deposit it in other locations.

According to one of the crypto firms, lots of requests were received in the last 10 days from Swiss brokers asking to liquidate billions of dollars of bitcoin as their customers are fearing the seizure of their assets. The source also added that none of the requests were for less than $2 billion.

“We’ve had like five or six in the past two weeks. None of them have come off yet – they’ve sort of fallen over at the last minute, which is not rare – but we’ve never had this much interest,” the executive said, adding that his firm normally receives an inquiry for a large transaction once a month.

The supervisor of Switzerland’s financial market refused to comment about cryptocurrency transaction volumes.

The country’s economic affairs secretariat (SECO) stated in an emailed statement that Switzerland has imposed the same sanctions and measures on crypto assets as on “normal” Russian assets and individuals. In case a person is sanctioned, their digital assets are also frozen in Switzerland.

Dubai, the Middle East’s financial and business hub is also a growing crypto center that has always been an attraction for the world’s richest. The UAE’s refusal to pick a side between Western allies and Moscow has made Russians think that it is a safe haven for their money.

One real estate broker, whose company has partnered with a cryptocurrency service to help people buy property, said: “We’ve been seeing a lot of Russians and even Belarusians coming to Dubai and bringing whatever they can bring, even in crypto.”