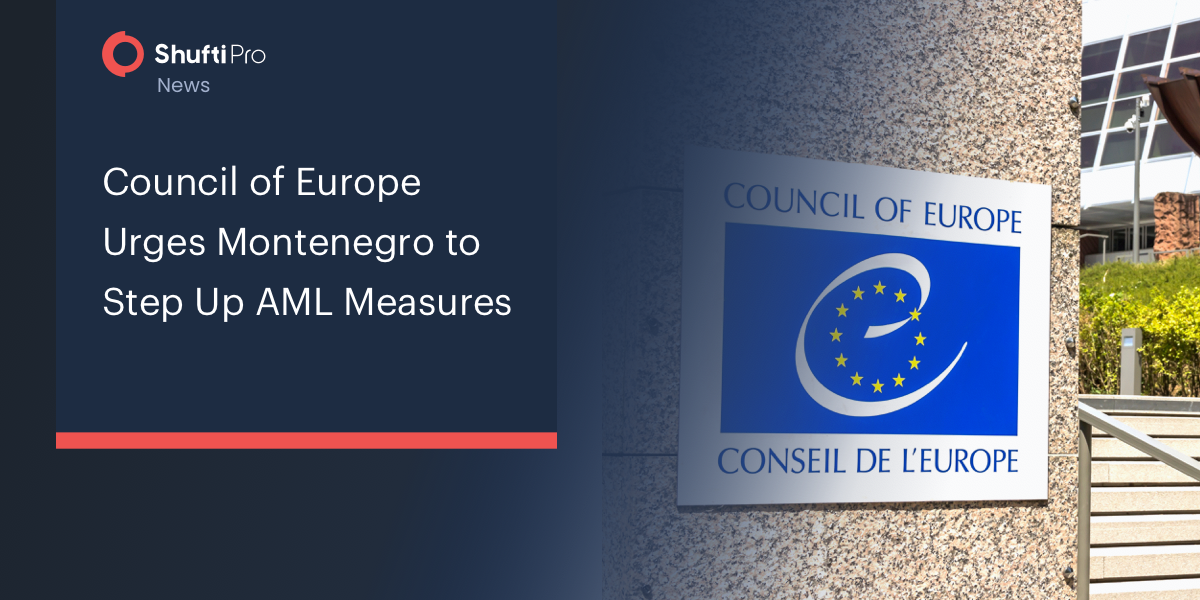 Council of Europe Urges Montenegro to Step Up AML Measures

The Council of Europe stated in a recent report that Montenegro lacks sufficient measures to investigate money laundering cases, giving a free hand to wrongdoers as a result.

This Tuesday, the Council of Europe issued a report at a conference held in Podgorica, stating that Montenegro should step up their preventive measures against money laundering. The report highlighted the lack of money laundering investigations, prosecutions, and convictions in the country.

At the conference, the head of the EU Delegation to Montenegro, Yngve Engstrom, indicated the need to improve the anti-money laundering and counter-terrorism financing measures in Montenegro.

He said, “Montenegro should make sure that its financial system does not allow the circulation of dirty money and thus cause an increase in the number of committed crimes. This should be done by reviewing the legal and operational approach to financial investigations, by establishing integration between all bodies involved.”

Moreover, the Council of Europe also shed light on the issue of plea bargaining being the basis for criminal sanctions against money laundering in Montenegro. “They are resulting in modest sentences, which can affect the dissuasiveness and, potentially, the proportionality of the sanctions applied in these cases”, stated the report.

According to the report, the authorities failed to provide statistics regarding the seizure of proceeds of crime, which does not show a clear picture of how effective the sanctions were. The report also mentions that the Montenegrin legislation enforces restrictions on delays in the implementation of financial sanctions.

The Interior Minister of Montenegro, Sergej Sekulovic, stated that the country’s authorities are currently making efforts to make amendments in the anti-money laundering and terrorism financing legislation.

“There is an increased number of investigations in cases of money laundering and more such cases are before the courts in Montenegro. Also, the ministry is working on a new Law on Prevention of Money-Laundering and Terrorist Financing,” Sekulic said at the conference.

According to Balkan Insight, the 2021 European Commission report on Montenegro’s progress towards EU membership also notified that the country’s efforts to combat money laundering are not as sufficient as expected.