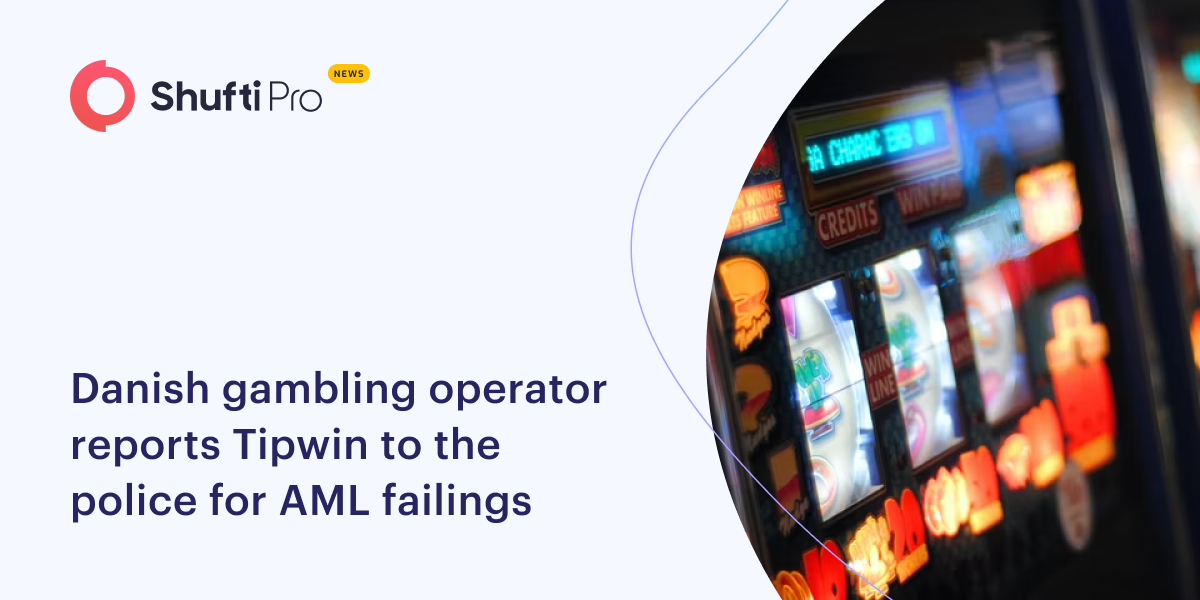 According to the sources, Spillemyndigheden, the government office based in Odense, Denmark, has reported to the police that the business has failed to create risk assessments of retail bets with a lack of written policies on its retail offerings.

It is also worth mentioning that the operator also lacks complete business procedures and controls for the offerings based on land or in regards to money laundering until 25 May 2022.

In the official statement of the regulator to the police, it stated all the shortcomings of Tipwin in compliance with the anti-money laundering standards. It stated: “Spillemyndigheden notes that the rules on risk assessment, policies and business procedures are absolutely fundamental in the Money Laundering Act. By failing to prepare a risk assessment, Tipwin has not had a useful tool that has provided an overview and understanding of where and to what extent Tipwin is exposed to money laundering or terrorist financing, and what measures are in place are necessary to mitigate the risks involved.”

This clearly states that the german based gambling operator, Tipwin is exposed to the illicit crimes of money laundering and terrorist financing and has failed to comply with the AML regulations. The Danish regulator also focused on the lack of preparation from the operator on assessments of risks which are fundamental components of the anti-money laundering act.

Spillemyndigheden also added: “Preparing a risk assessment of the company’s business model is a very fundamental means of limiting the risk of money laundering. Tipwin has thus also not had policies and operational procedures that stem from the risk assessment. By failing to prepare a risk assessment, the Gambling Authority has therefore handed over the case to the police investigation.”

The authority also launched an injunction on the breach of rules and procedures in regard to the online casino and betting operations. With the main emphasis on money laundering, the regulator released a statement last month which reminded businesses in the industry of the obligations. It mentioned the regulations most firms are complied with, which are in order to prohibit the financial interactions with individuals, groups, legal bodies or countries.

In addition, Spillemyndigheden issued a 3 months deadline to Tipwin to sort out the situation.