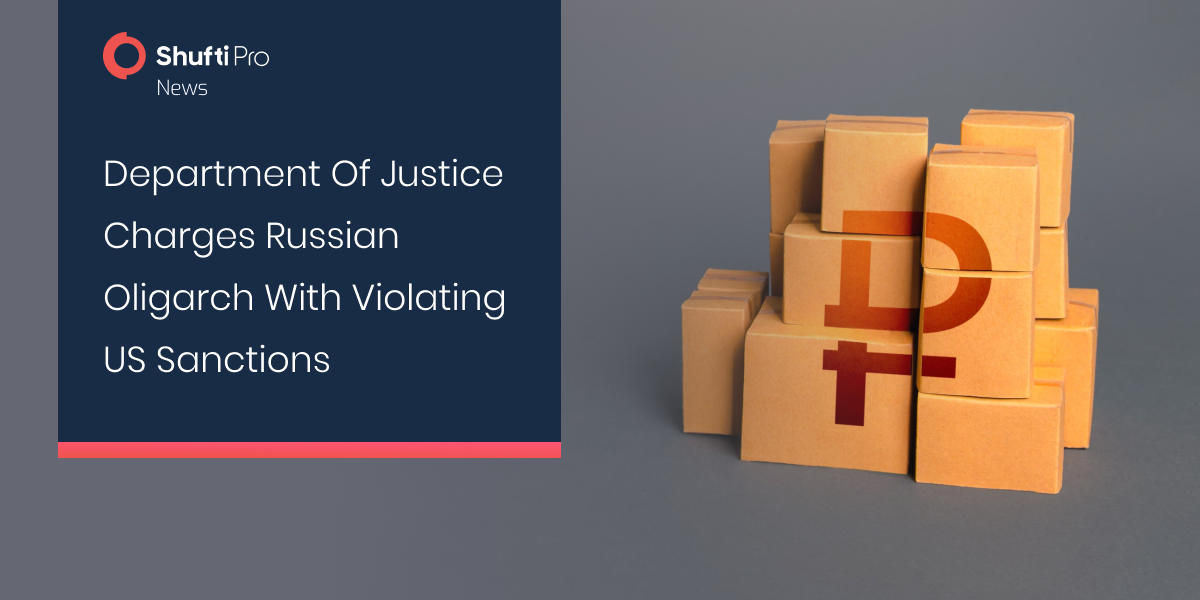 Department of Justice Charges Russian Oligarch with Violating US Sanctions

The Justice Department reportedly charged a Russian oligarch with violating US sanctions and revealed new strategies to counter money laundering.

The Justice Department said on Wednesday, April 6, that it had charged a Russian oligarch after identifying that he was violating US sanctions. It also revealed new measures to combat money laundering linked to Russians and monitor online criminal networks in an effort to impose financial penalties in Moscow.

These efforts are part of the measures taken by the US to ramp up its pressure on the Kremlin and the Russian elite in light of the increasing cases of atrocities in Ukraine. According to Attorney General Merrick B. Garland, the United States was helping its European partners investigate potential war crimes.

The oligarch, Konstantin Malofeev, 47, is considered one of Russia’s most influential businessmen and is said to have close ties to President Vladimir V. Putin. He is also among the more prominent conservatives in the country’s Kremlin-allied elite. (The indictment renders his surname as Malofeyev.)

The efforts demonstrated the reach of a task force that was put together last month to identify and seize the assets of wealthy Russians who violate U.S. sanctions on Russia.

The penalties are aimed at imposing the widespread economic sanctions that the United States has imposed along with its European allies.

“The Justice Department will use every available tool to find you, disrupt your plots and hold you accountable,” Mr. Garland said, adding that officials had moved “to prosecute criminal Russian activity.”

He pointed to the seizure this week of a $90 million yacht owned by Viktor F. Vekselberg, who was previously targeted with sanctions over Russian interference in the 2016 presidential election.