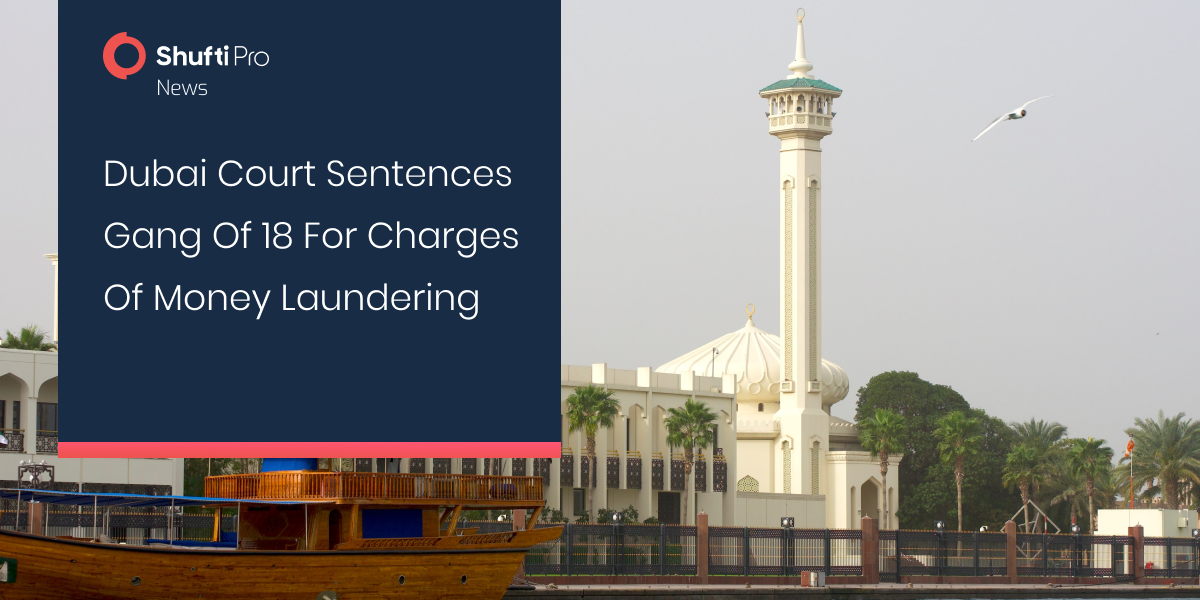 Dubai Court Sentences Gang of 18 for Charges of Money Laundering

The Dubai Criminal Court has convicted a gang of 18 individuals belonging to different countries who were charged with laundering Dhs 185 million between 2014 and 2020.

According to reports, the gang was manipulating the financial system with the help of 3 shell companies that they had created after seizing the assets of the clients of a GCC lawyer’s office.

The court seized the money of all the convicted individuals, which totaled the value of the funds obtained from money laundering – Dhr 113,650,000. The three shell companies established by the convicts were fined Dhs 500,000. The major convict in the first case of the crime of breach of trust was acquitted.

The case report shows that a GCC lawyer found out the treachery of the head of the Intellectual Property Department in an office affiliated with him, who seized the office’s fees from clients and founded three companies with the aim of manipulating clients and collecting office fees from a major car agency in the country.

The major convict in the money laundering case reportedly confiscated Dhs185 million from the office of the GCC lawyer, conniving with others. He also established several companies in several countries, through which he received office fees in cooperation with a manager working in a car company in Europe, where the latter facilitated the transfer of office fees to the account of the private company of the suspect.

According to the case reports, the gang had control over agencies for international brands in several countries and printed receipts in the name of their companies as one of the branches of the GCC Lawyer’s Office. As a result, they received millions of dirhams which they transferred to bank accounts belonging to people in several countries.

Also, three gangsters transferred millions of dirhams through exchange offices in close periods of time, which violates the law. Investigations showed that one of the gang members set up several accounts in his home country, while three others transferred $6 million to one of them and $2 million to another with the aim of concealing their crime.