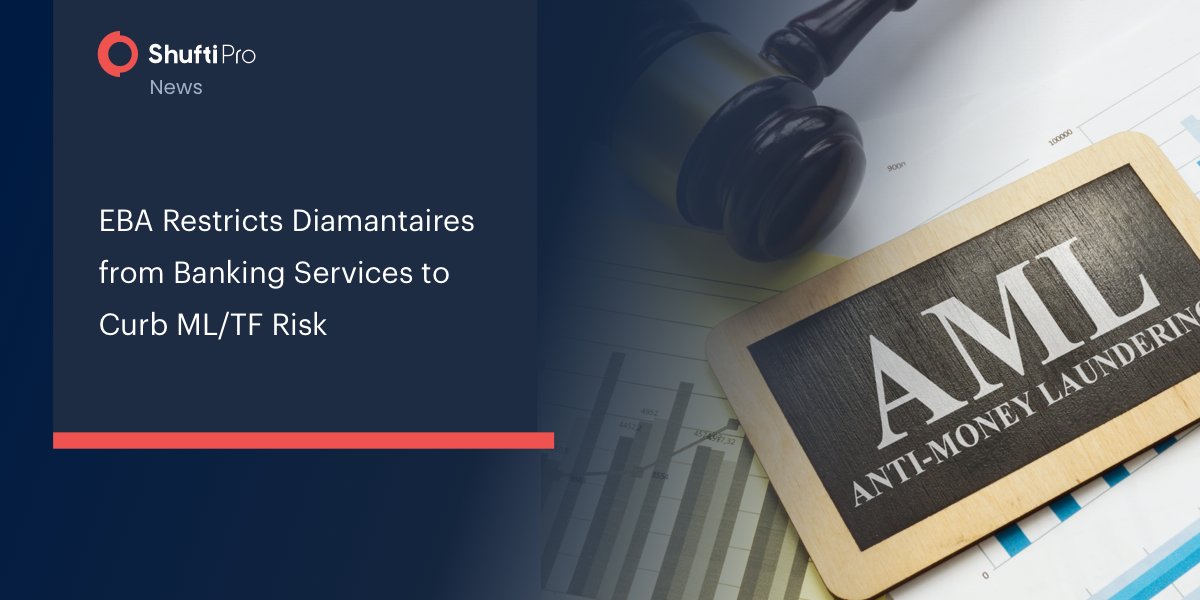 According to the European Union regulatory authority, diamond dealers are not getting access to financial services in order to overcome the risk of money laundering. The businesses and individuals associated with this industry are struggling to open bank accounts and avail other services, the European Banking Authority (EBA) stated in its last week’s report.

Antwerp World Diamond Centre (AWDC), the European Union’s main diamond trading center is under stress and facing difficulties as a result of crumbling relationship with financial institutions. Business dealers have reported multiple times being refused by the banks to open business or personal accounts and seek financial services. This situation has made it challenging for Belgium to compete in Dubai’s diamond market.

In 2020, the AWDC stated it is “very common” for the diamond dealers to be refused more or less three times when applying for account opening. A new banking law, which is legislated to provide legal rights of opening accounts to these entities, has still not taken effect. However, the bill was approved by the federal parliament last year. However, few businesses have taken legal actions against financial institutions to force them to change their policies.

The rising concern regarding restricting diamantaires has worsened the situation in Belgium as numerous dealers have left the industry and some have stopped their operations. Following the steps of the Antwerp Diamond Bank in 2015, Standard Chartered and India’s Union Bank also restricted diamond players in 2016 from financial services.

The banks are embracing a “de-risking” strategy to comply with the EU 2015 directive, aiming to curb money laundering and terrorist financing. However, while banks’ decisions may be in line with the rules, “de-risking of entire categories of customers, without due consideration of individual customers’ risk profiles, can be unwarranted and a sign of ineffective ML/TF [money laundering and terrorist financing] risk management,” the EBA said.

The EBA also carried out a consultation program in 2020 to get feedback from the individuals as well as diamond dealers on the impact of the “de-risking” strategy. A major portion of diamantaires claimed that they have been facing denials from financial institutions to open accounts or avail services such as loans, credit cards, and money draft facilities.