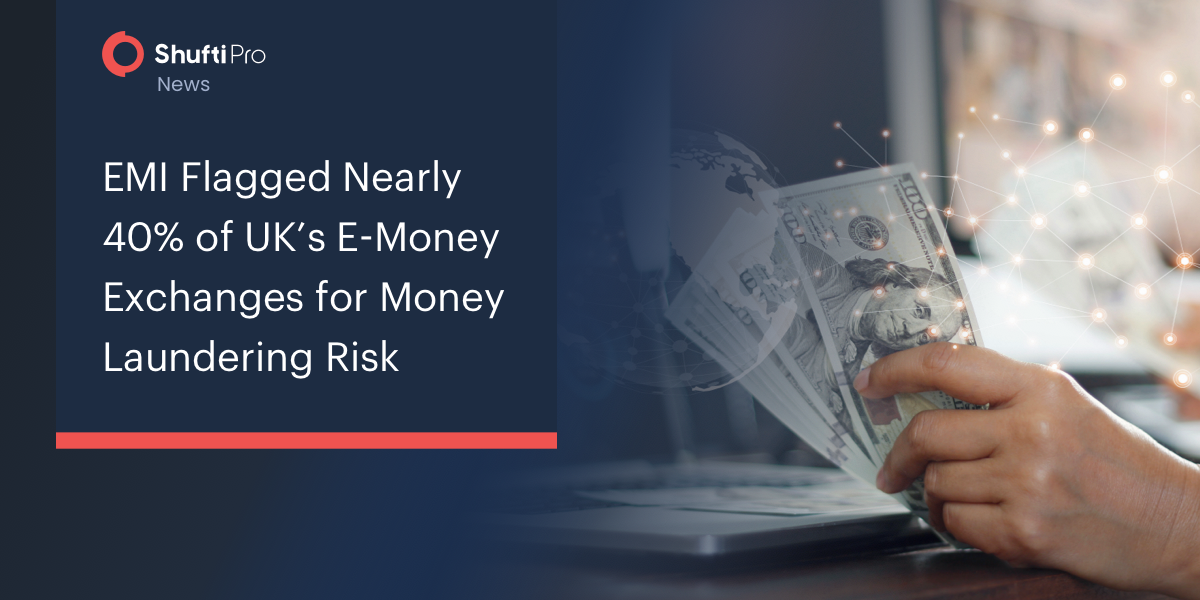 A report from Transparency International revealed that nearly 40% of the UK’s e-payment companies are red flagged for money laundering risk.

According to Transparency International (TI) UK research, nearly half of the UK’s e-payment companies, which made more than EUR 500 billion transactions in 2020/21, have been red flagged for money laundering risk.

While 40% of e-money exchanges appear to respect regulations, the paper warns that without stronger oversight, Electronic Money Institutions (EMI) will assist e-money firms to counter money launderers operating in Britain. TI examined UK’s 261 money exchanges that had been issued licenses by the Financial Conduct Authority (FCA) to operate in the country.

The research uncovered a risk, “rather than a suggestion of actual wrongdoing by the various… owners, directors or senior members,” of the U.K.-based Electronic Money Institutions (EMI).

TI also warned of an emerging trend of EMI licenses and accounts being sold to criminals around the globe, including the UK. EMIs advertising services majorly to “high-risk” individuals in the Commonwealth of Independent States region, which further portrays aspects of OCCRP-exposed “Laundromat”  of money laundering approaches as well as the businesses with complex and ambiguous beneficial ownership structures.

Additionally, the investigation lead at TI, stressed that the gaps in effective controls on the companies directors and UBOs of EMIs have resulted in suspicious choices to grant licenses to organizations.

Ben Cowdock forewarned that the FCA and the UK governments are responsible for keeping an eye over the EMIs operations in the country. However, they “need to act quickly to avoid a major scandal hitting this sector.”